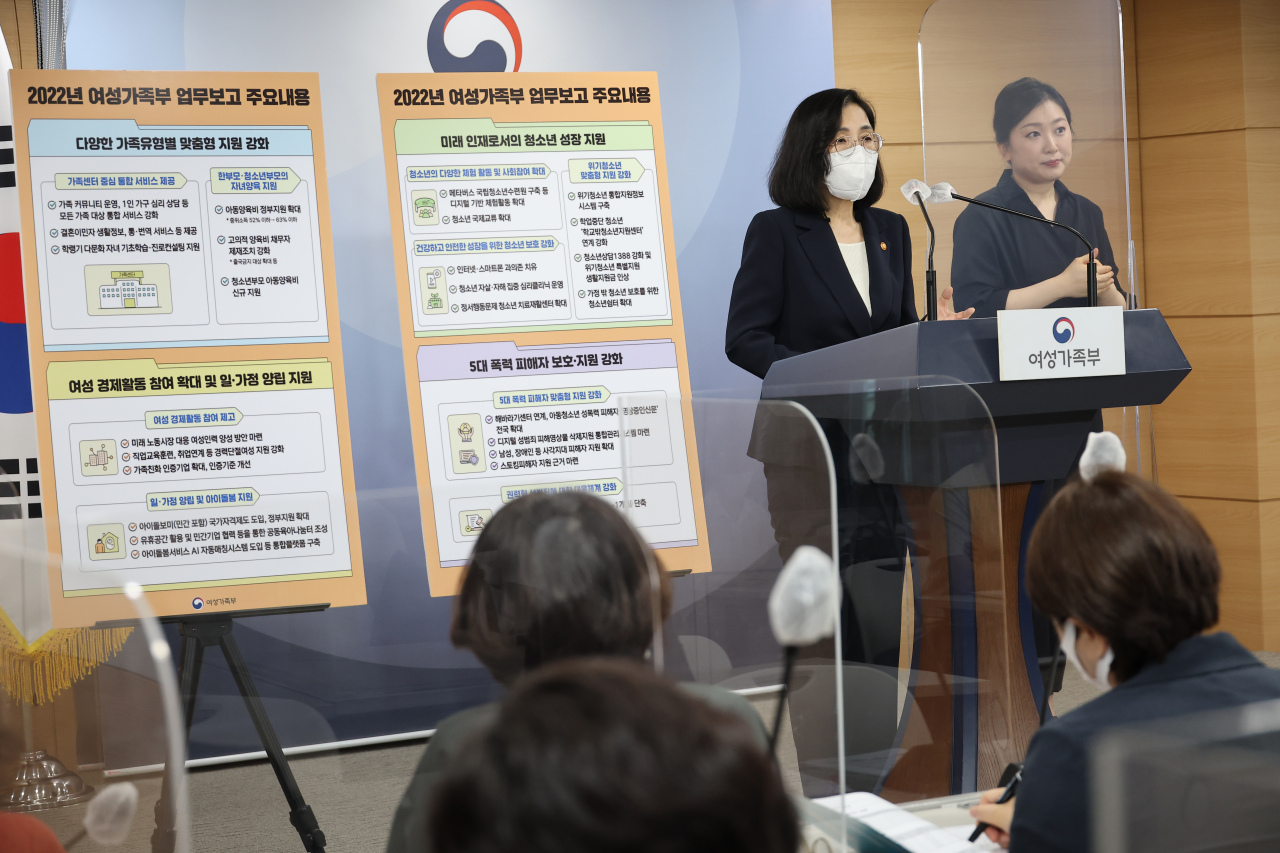 The Ministry of Gender Equality and Family said Monday that it is planning to set up a shelter for male victims of sexual and domestic violence in its first move to keep up with a rising number of men subject to such crimes.

In its work plan reported to President Yoon Suk-yeol, the ministry said the new institution's purpose is to provide protection, medical and legal support to male victims of five offenses including digital sex crimes, domestic violence, dating violence and stalking.

The move came as the number of male victims of such forms of violence has been rising in recent years, but there are no protective shelters for them.

According to the ministry, in 2021 men accounted for 17.2 percent of people who contacted the Sunflower Center, a state-run shelter for female victims of domestic and sexual violence, up 11.5 percent from 2020.

Among victims for digital sex crimes, male accounted for 23.3 percent of the total reported from April in 2018 to December in 2021.

Some 100 help centers and counseling offices are currently available for both males and females.

The ministry will also increase the number of state-accredited babysitters to 170,000 in a bid to ease the childcare burden of double-income families in 2024. There are currently some 26,000 public babysitters.

In order to ease childcare burden from low-income families, the ministry will expand the scope of eligibility for state subsidies for childcare cost from October.

But the ministry said its report did not include plans to abolish the ministry in line with President Yoon's campaign pledge. (Yonhap)