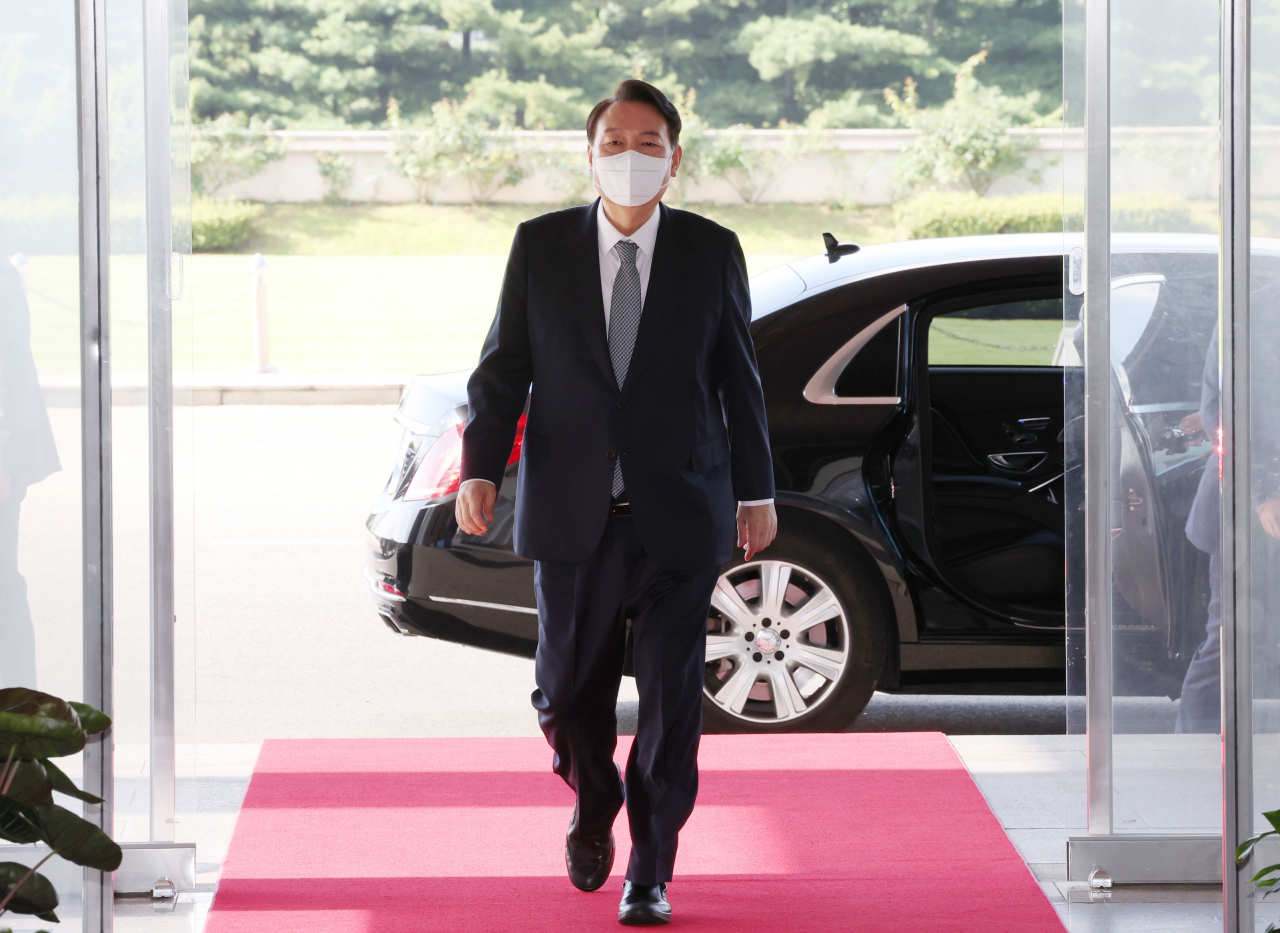 President Yoon Suk-yeol arrives for work at the Yongsan Presidential Office in Seoul on Monday. (Yonhap)

President Yoon Suk-yeol said Monday he expects the interior ministry and the National Police Agency to take "necessary steps" to deal with police officers taking collective action to protest the planned establishment of a police bureau under the ministry.

About 50 officers attended the meeting in person Saturday and some 140 others online despite warnings from the police chief nominee to desist.

The police officers have voiced concern the new bureau will threaten their neutrality and accountability, while the interior ministry has argued it will bring structure to what was previously an opaque command system wielded by the now-abolished office of the senior presidential secretary for civil affairs.

"I believe the interior ministry and the National Police Agency will take the necessary steps," Yoon told reporters when asked to comment on the protest, which lower-level police officers have vowed to continue by holding their own gathering later this week.

Yoon did not elaborate on what the "necessary steps" will be. But his chief of staff, Kim Dae-ki, on Sunday denounced Saturday's meeting of senior superintendents as an "inappropriate action." (Yonhap)