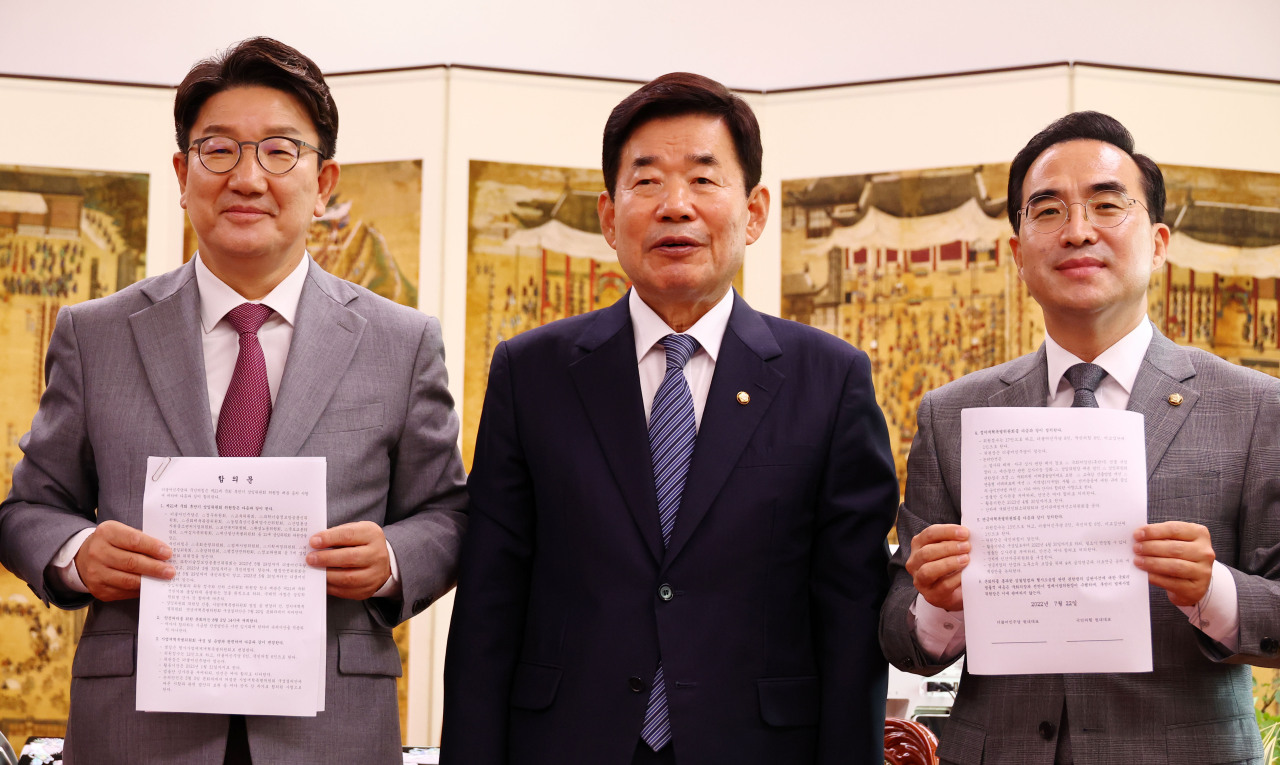 (From left) Rep. Kweon Seong-dong, the floor leader of the ruling party, National Assembly Speaker Kim Jin-pyo and Rep. Park Hong-keun, the floor leaders of the Democratic Party announce the agreement on the parliamentary committee formation at the National Assembly, Friday. Yonhap
The ruling and main opposition parties on Friday reached an agreement on the parliamentary committee formations, finally allowing the National Assembly to restart operations after 53 days of hiatus.

The chairmanship of the Science, ICT, Broadcasting and Communications Committee and Public Administration and Security Committee remained as a key issue until the very last minute, as the former will have influence over changes to the governance structure of public broadcasting such as KBS and MBC, and the latter is deeply related to the controversy over the establishment of the police bureau within the Interior Ministry.

They also agreed to form a special committee on pension reform to discuss ways to reform the four major public pensions.

For the Special Committee on Judicial Reform, which will follow up the law commonly called as “complete deprivation of the prosecutorial investigative rights” two parties agreed to have 12 members, six from each party. The democratic party will take charge of the committee. The committee’s name will be changed to the Special Committee on Criminal Justice System Reform.