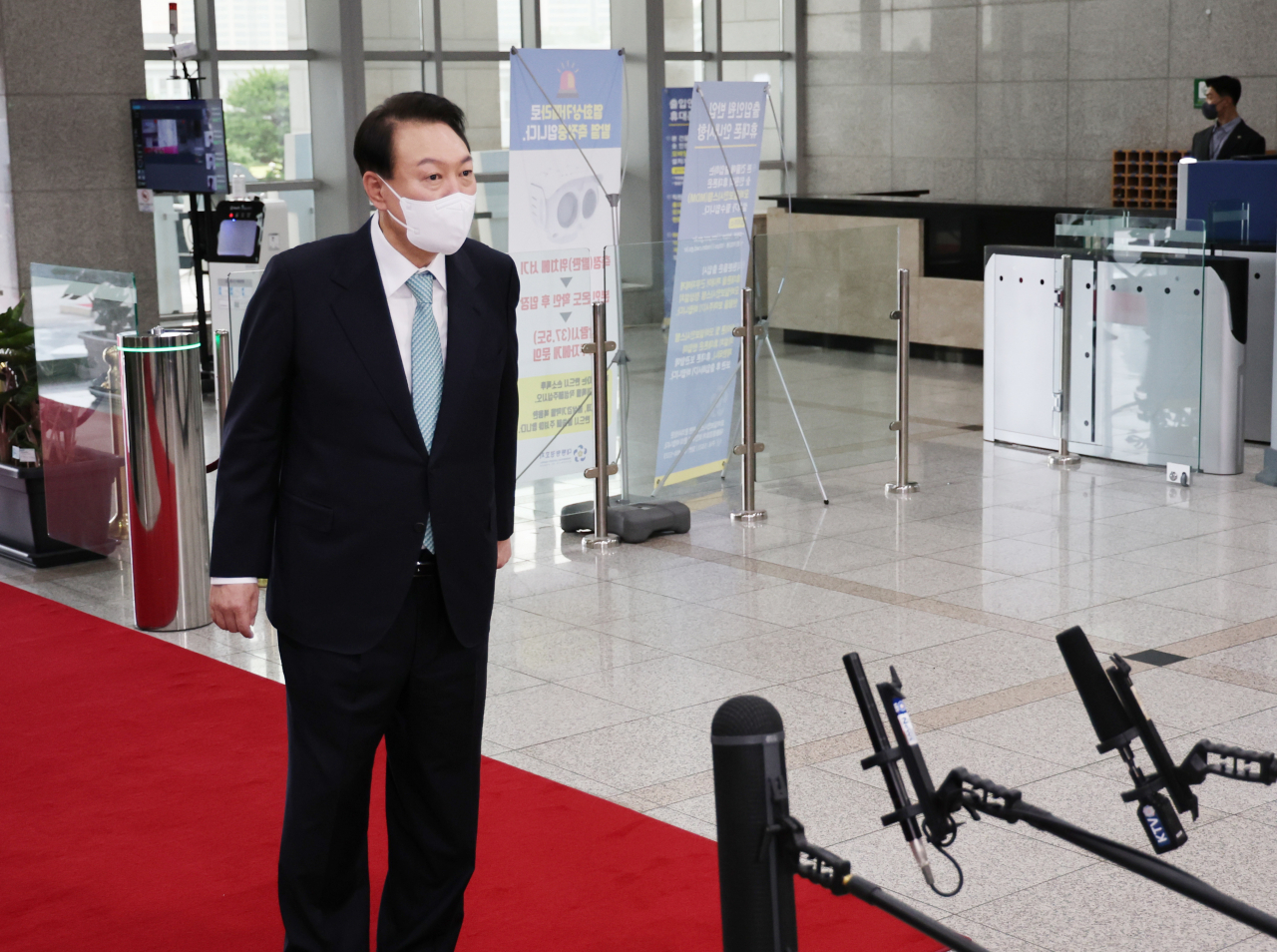 President Yoon Suk-yeol takes reporters' questions as he arrives at the presidential office in Seoul on Thursday. (Yonhap)

President Yoon Suk-yeol postponed receiving a policy briefing from the unification ministry Thursday due to a scheduling conflict, officials said.

The briefing had been scheduled for 4 p.m. at the presidential office but is currently being rescheduled, presidential spokesperson Kang In-sun told reporters.

A presidential official said there were "various circumstances" that led to the postponement, including scheduling conflicts and work related to the National Assembly.

The postponement came amid an investigation into the previous Moon Jae-in administration's handling of North Korea's killing of a South Korean fisheries official in 2020 and the repatriation of two North Korean fisherman in 2019.

Yoon has been receiving his first set of policy briefings from government ministries since taking office in May.

On Wednesday, he also postponed a briefing by the gender ministry over a scheduling issue, spurring speculation about whether it was related to his campaign pledge to abolish the ministry. (Yonhap)