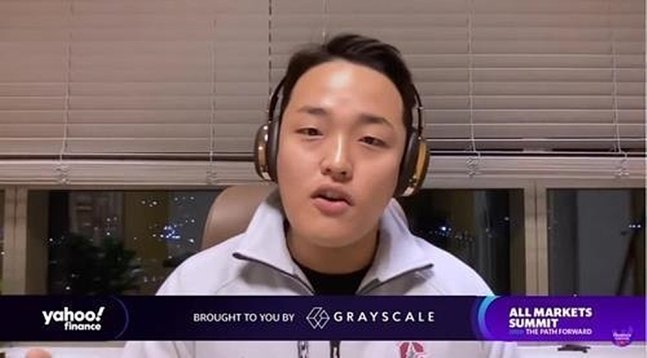 Terraform Labs CEO Do Kwon (YouTube Screencap)
Prosecutors raided local cryptocurrency exchanges on Wednesday as part of an investigation into a fraud case in connection with the collapse of Terraform Labs’ digital coins, TerraUSD and Luna, officials said.

A team of investigators from the Seoul Southern District Prosecutors Office began seizing transaction records and other material from Upbit and other local exchanges around 5 p.m., they said.

Investors in TerraUSD and Luna filed complaints against Terraform Labs’ CEO Do Kwon and co-founder Daniel Shin in May, accusing them of fraud over the loss of billions of won following the crash of both coins earlier that month. (Yonhap)