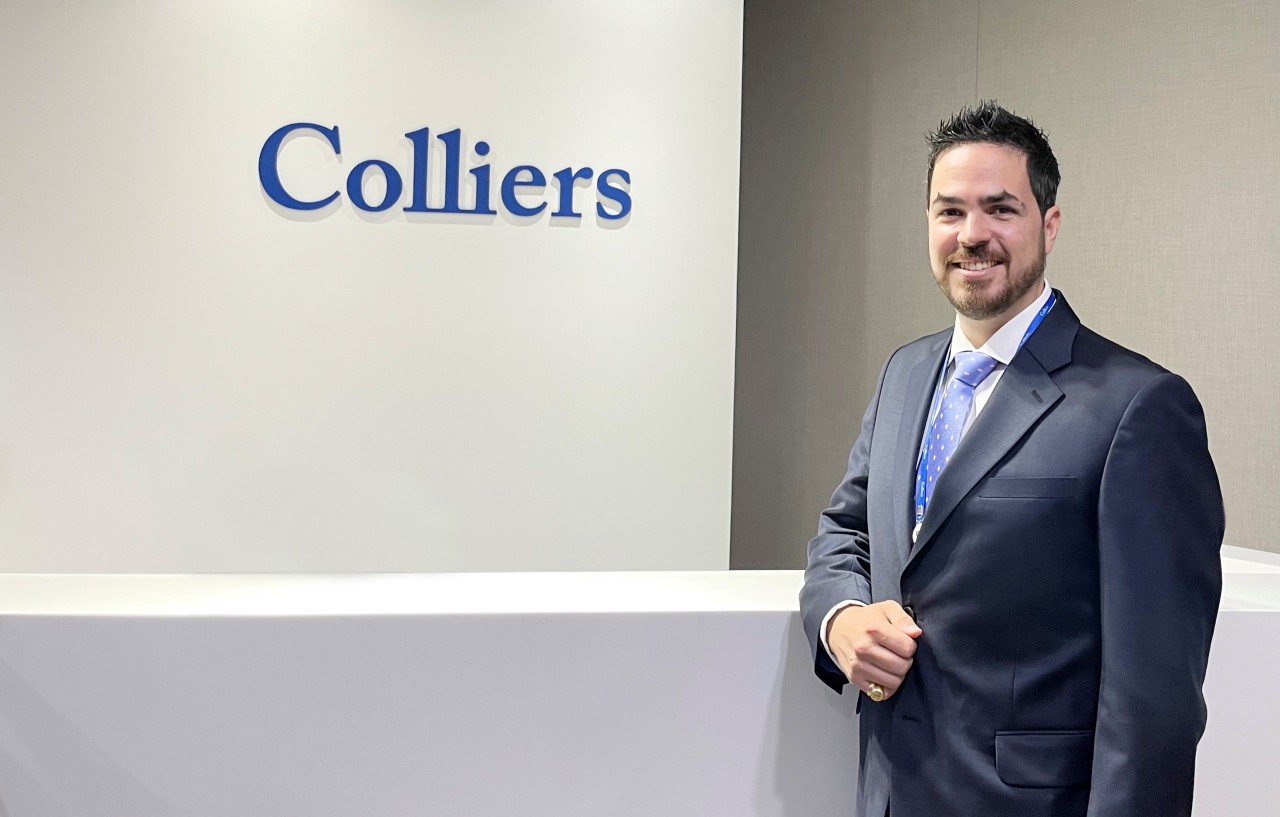 Colliers Korea Managing Director Robert Wilkinson (Colliers Korea)
The empty, desolate streets of Seoul’s Myeong-dong shopping district have become a real estate nightmare for its landlords and inhabitants since the outbreak of the COVID-19 pandemic.

But hope is not lost, according to Robert Wilkinson, managing director of Colliers’ Korea, the local branch of the Canadian commercial real estate firm.

He said the area -- which had once been a tourist hotspot -- is slowly coming back to life and its recovery will gain speed once China eases travel restriction.

“Foot traffic in Myeong-dong has decreased significantly. That is largely due to the fact that the area is very popular with tourists, with a significant number coming from mainland China,” Wilkinson told The Korea Herald last week.

“I believe buying habits have changed due to the growth of e-commerce, but foot traffic in Myeong-dong will recover once COVID restrictions ease in China.”

Wilkinson added that the types of shops replacing the now-vacant buildings will be slightly different from the pre-pandemic retailers, reflecting the surge in e-commerce here.

“With the new shops opening up in the area, such as the Nike flagship store and the new Apple store, smart retailers will offer experiential shopping to differentiate themselves. It’s more about allowing customers to indulge in the shopping experience rather than only focusing on the products they’re selling,” he said.

“You can buy sneakers online, but going into the Nike store offers a more immersive experience. I think that’s what retailers will need to do to lure customers back to buying in-person: Find a way to make the shopping experience more special than just buying online.”

Myeong-dong remains one of the most expensive areas in all of South Korea, with the plot of land where the landmark “Nature Republic” building stands ranking No. 1 in value for 19 consecutive years, government data showed.

However, the price has fallen this year for the first time in 13 years by 8.5 percent on-year to 189 million won ($144,000) per square meter in the cited period, with the neighborhood being hit by pandemic woes.

On the vulnerability of South Korea’s real estate market to the “Airbnb Effect” – the effect of full-time vacation rentals on housing stock, prices and rents – Wilkinson says the risk is “minimal.”

“The influence of Airbnb on local housing markets across the globe has grown into a cause for concern in many places, but I think the Airbnb effect is quite minimal in Korea because the government has adopted certain policies to make it very expensive to buy second homes -- in some areas, the tax rate on capital gains is more than 70 percent,” he said.

“There’s a shortage of housing in the residential market, but I don’t think it’s necessarily impacted by Airbnb. Historically, investors who register and hold real estate for rental business purposes were able to receive certain tax benefits on acquisition, exemptions on property tax rates and things like this, but in the beginning of 2021 the government removed these benefits.”

In June last year, the government imposed heavier property-related tax burdens on owners of two or more homes in some designated areas in an attempt to increase supply in the market and cool down the heated housing prices. Multiple home owners are now required to pay taxes worth as much as 75 percent of capital gains from property sales, rising to 82.5 percent when local taxes are included.

Unlike Airbnb, which has an overall “minimal effect” on the housing market, co-working space providers such as WeWork, Regus and The Executive Center have been adding “flexibility” to the office market, according to Wilkinson.

“Here in Korea, the office market has done very well despite the pandemic. Unlike other core Asian markets, in Seoul we haven’t seen a “COVID discount” over the last few years when it comes to rents and the vacancy rate for office market is at a historic low in Korea -- in Gangnam for example, vacancy is below 1 percent.”

The office market in Korea is currently booming, according to Wilkinson, with “rents rising, vacancy rate low and demands strong, particularly in the tech sector.“

Robert Wilkinson is currently the managing director of Colliers Korea, which entered the market in 1995. He also serves as the Vice Chairman of the British Chamber of Commerce in Korea (BCCK) and co-chair of the real estate committee at AMCHAM.