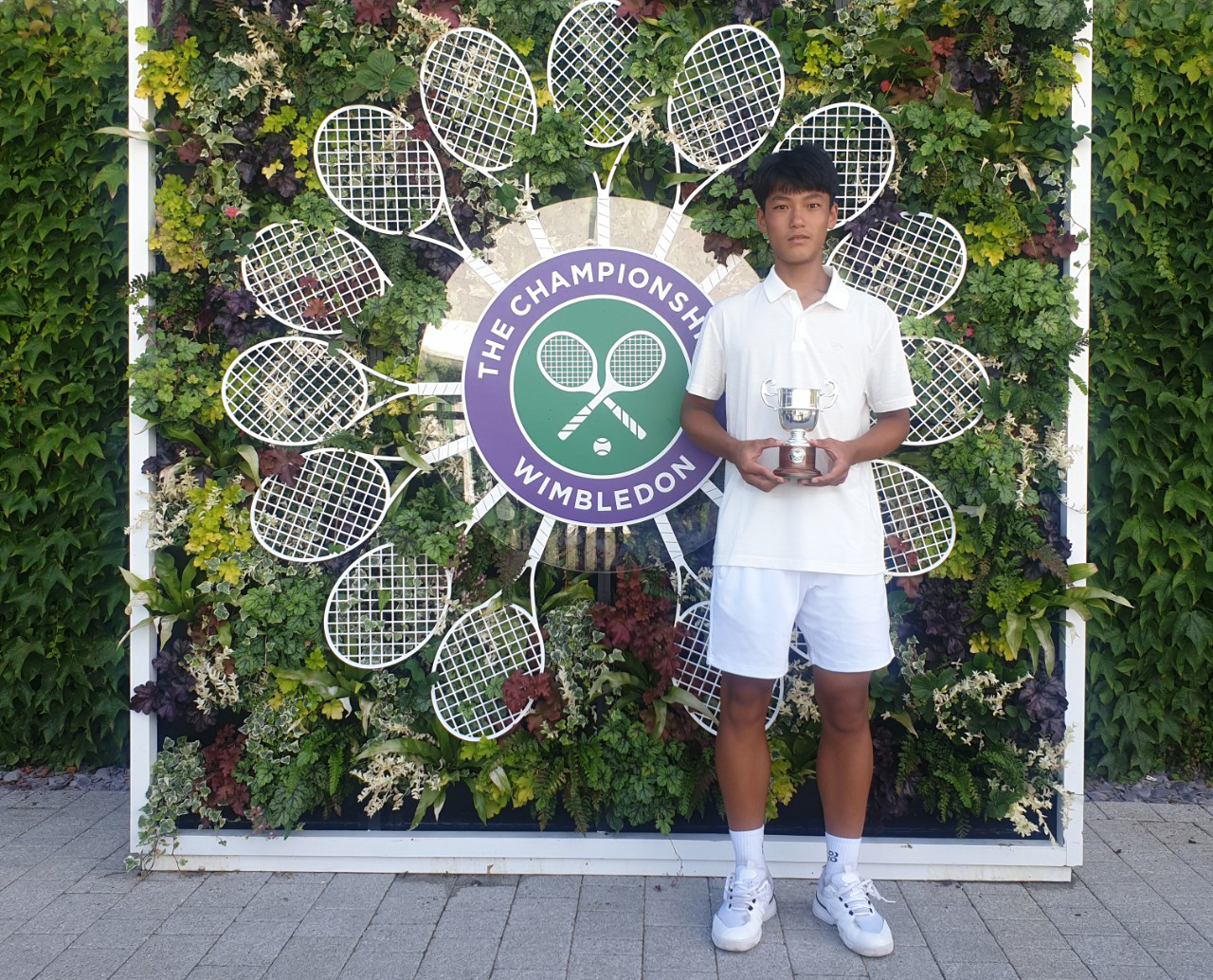 Cho Se-hyuk of South Korea poses with the trophy after winning the boys' 14 & under singles title at Wimbledon at All England Club in London on Sunday, in this photo provided by the Korea Tennis Association. (Yonhap)

South Korean tennis prospect Cho Se-hyuk has become the inaugural champion of the boys' 14 & under singles title at Wimbledon.

Cho defeated Carel Aubriel Ngounoue of the United States in straight sets, 7-6 (7-5), 6-3, in the final held at All England Club in London on Sunday (local time).

The 14 & under event was contested for the first time this year. The boys' and girls' competitions are for players 18 or younger, and a South Korean player, Chung Hyeon, was the runner-up in the boys' singles in 2013.

Cho, 14, is the top-ranked junior player per the Asian Tennis Federation. On the International Tennis Federation (ITF) junior rankings, Cho checks in at 1,079th, but those rankings cover players born in 2004 or later -- players as many as four years older than Cho.

In May this year, Cho was selected for the ITF's Tour Team, a player development program for prospects in different age groups.

The new boys' competition at Wimbledon put 16 players into four groups of four. After round-robin action, the top players from each group advanced to the semifinals.

Cho, seeded fifth, went a perfect 5-0 at Wimbledon. He won all three matches in the preliminary round without dropping a set. He went to a three-set battle against the top-seeded Ivan Ivanov of Bulgaria in the semifinals, before finishing off Ngounoue in 92 minutes in the final.

"I had only imagined being at Wimbledon, and I was so happy to be invited," Cho said in a statement released by the Korea Tennis Association on Monday. "And winning the title has doubled my joy." (Yonhap)