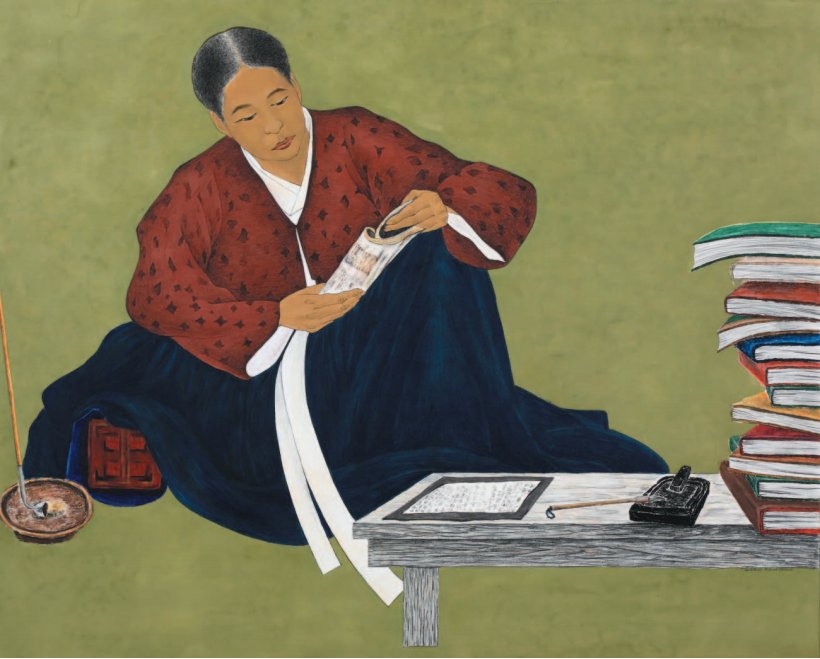 ”Hoyeonjae‘s Day“ by Song In (Daedeok Culture Center)
“Even if your husband blames and leaves you, do not be too critical of yourself if you think that it was not your fault. Do not harm the self, given to you by your parents, with concerns and deep worries when you have nothing to be ashamed of before the sky and sun, even though no one may recognize it.”

Kim Hoyeonjae (1681-1722) wrote poems depicting countryside scenery or communicating with siblings. In her work on vigilance, written after more than 10 years of marriage, she confessed that her relationship was a mess and criticized irresponsible husbands of the time. Concerning concubinage, she asserted that, rather than asking the wives not to begrudge them, husbands should not have concubines at all because it caused great heartache for their wives. This was an exceptional attempt to speak for women suffering in silence at a time when it was believed that suppression of women was a universal truth.

Kim was a poet in the mid-Joseon period who wrote around 200 masterpieces, sublimating her difficult married life into poems. Kim’s parents enjoyed drinks together, played baduk and wrote and exchanged poems and prose. They respected each other and shared everyday life like old friends, which was rare then.

This environment gave Kim the intellectual and emotional education needed to turn the joys and sorrows of the everyday into beautiful poetry. After her own marriage, however, she became aware of the hypocrisy and irrationality of male-centric Neo-Confucianism. While their marriage was a joining of the two most powerful Noron families, the Jangdong Kim clan and the Eunjin Song clan, her husband neglected her and caused a lifetime of hurt.

“I kept trying not to be with the vulgar herd, but people condemned me, saying I was wrong… I am sad that, as a woman, I am stuck in the women’s quarters… What can I do in this situation? I am just staying here without being swayed and doing my best in my place... That is the way of a woman of virtue.” 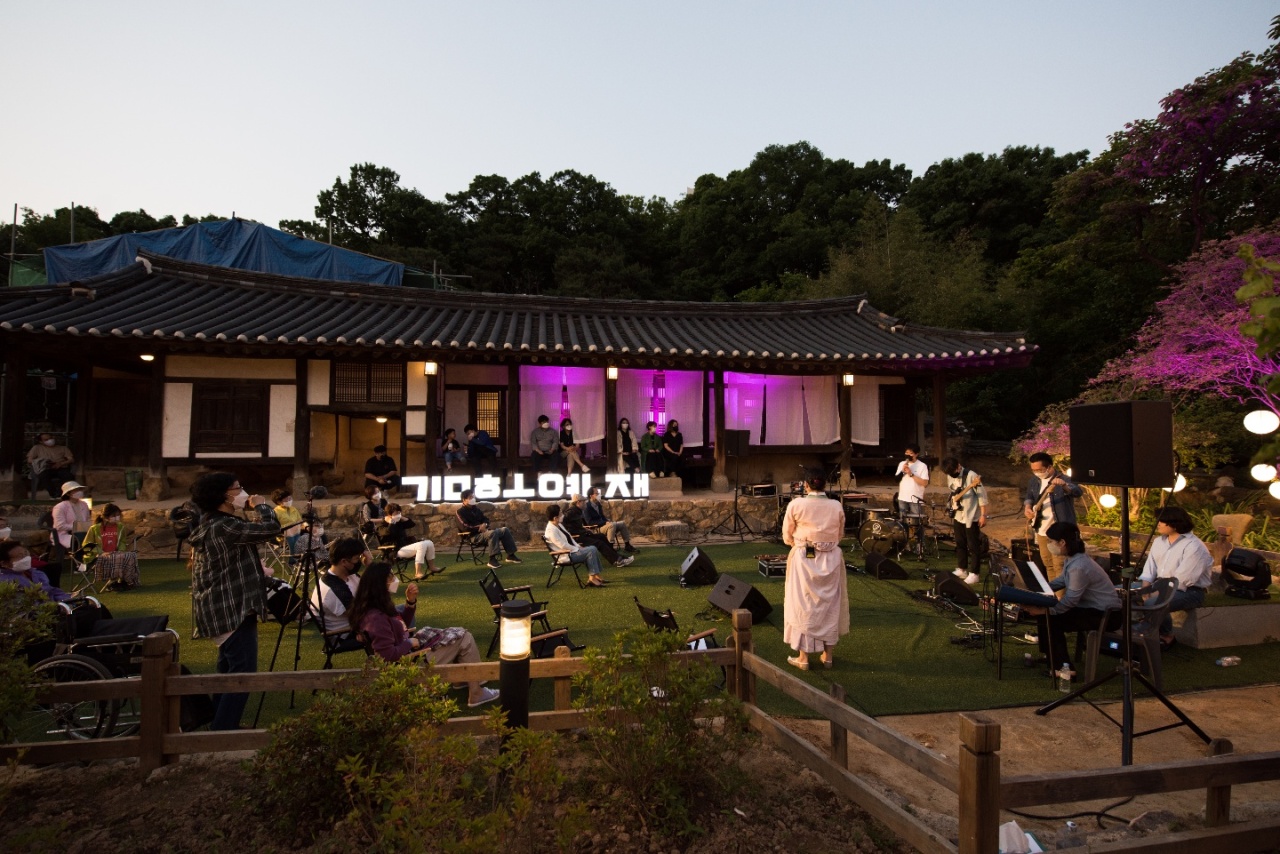 A cultural event is held at Hoyeonjae Historic House, National Folklore Cultural Asset No. 290, in Daejeon. (Daedeok Culture Center)
Kim, who compared herself to the idea of a woman of virtue, tried to maintain her dignity by writing poems while isolating herself from a worldly life full of disharmony. In addition, she advised other women not to reveal their true feelings even as they tried to improve their circumstances. Kim, unable to depend passively on her husband, ran the household by herself, managing the servants, supervising farming and paying taxes. Ultimately, she proved what a woman of virtue does by playing her part in her own place.

Unfortunately, Kim was not widely known as a writer in her time since society did not recognize women’s abilities and achievements. However, no one, not even her husband, could dispute her dignity as a woman of virtue when her short life ended at the age of 42.

Kim, who named herself Hoyeon, which means “broad-minded and dignified,” is called Hoyeonjae today, which means “protecting her dignity.” Her husband’s house, where she kept up with her writing, Hoyeonjae Historic House (National Folklore Cultural Asset No. 290), is located in Daejeon. It shows the structure of a yangban-class house in Chungcheong Province some 300 years ago.

Kim’s name deserves to be remembered forever with her life “like the wind not caught in a net, like a lotus not stained by water, like a rhinoceros wandering alone.”