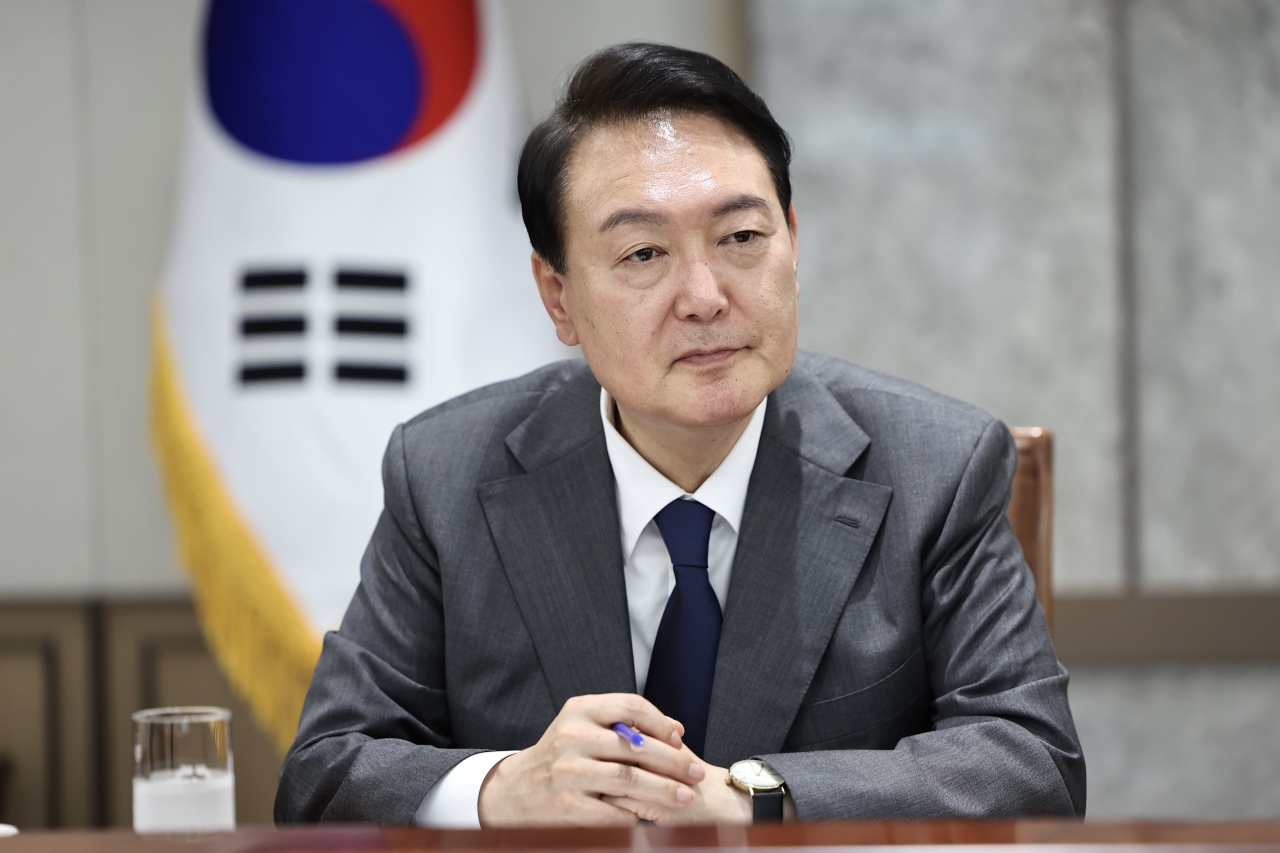 According to local news reports, Yoon’s relative, surnamed Choi, is working as a senior administrator equivalent to a post held by a grade three civil servant in the annexed office of the presidential office.

Choi was in charge of accounting and fund affairs at Yoon’s presidential campaign and transition committee and now oversees an official residence of Hannam-dong, where Yoon and his wife move in this month.

In the case of the National Assembly, the appointment of relatives within five degrees of separation is not allowed under the law. When hiring relatives between five and eight degrees of separation, they must report to the Secretary-General of the National Assembly. For the presidential office, there are no separate regulations on “hiring relatives” in the current State Public Officials Act and the Government Organization Act.

The office added that Choi was hired because he worked at the election campaign and there was no problem with his recruitment, considering his long experience at a large company.

However, some point out that it is still contrary to public sentiment as the intimate relationship between Yoon and Choi could cause “fairness” issue.

Earlier, KBS reported that “Choi is like President Yoon’s younger brother. He visited President Yoon’s house freely,” citing officials who worked on the campaign team when Yoon was a candidate.

The controversy over the acquaintance who joined the first lady at the NATO summit is also growing even after the presidential office’s explanation.

After the news broke, the presidential office explained that she participated in the trip because she was an old acquaintance of Yoon and his wife, so she understood the president’s will and intentions well. The office claimed that Shin has diverse experience organizing international events, though it didn’t specify which. The international event she planned was not known except for an event at the traditional Korean medicine hospital run by her father.

Shin is the daughter of the chairman of the traditional medicine foundation and the wife of Yoon’s personnel secretary Lee Won-mo, who worked as a prosecutor in 2013. She worked at a traditional medicine company until she resigned on April 30 before Yoon took office. She reportedly worked in the presidential office in the early days and was involved in the Korea-US summit.

“The presidential office said (Shin accompanied the event) not because of personal ties (with Yoon) but because she understands the president’s intentions well,” he said in a local radio interview Thursday.

“Their words contradicted each other’s,” he said. “If it’s not personal, how do you understand the president’s intention? She’s got a personal connection, so she is able to figure out what the president is thinking.”

On Thursday, Cho Eung-cheon of the Democratic Party, who served as presidential secretary for public discipline, said the essence of the problem is that there is no distinction between public and private.

“I think (Yoon) uses public authority too privately or easily and at his convenience,” he said.