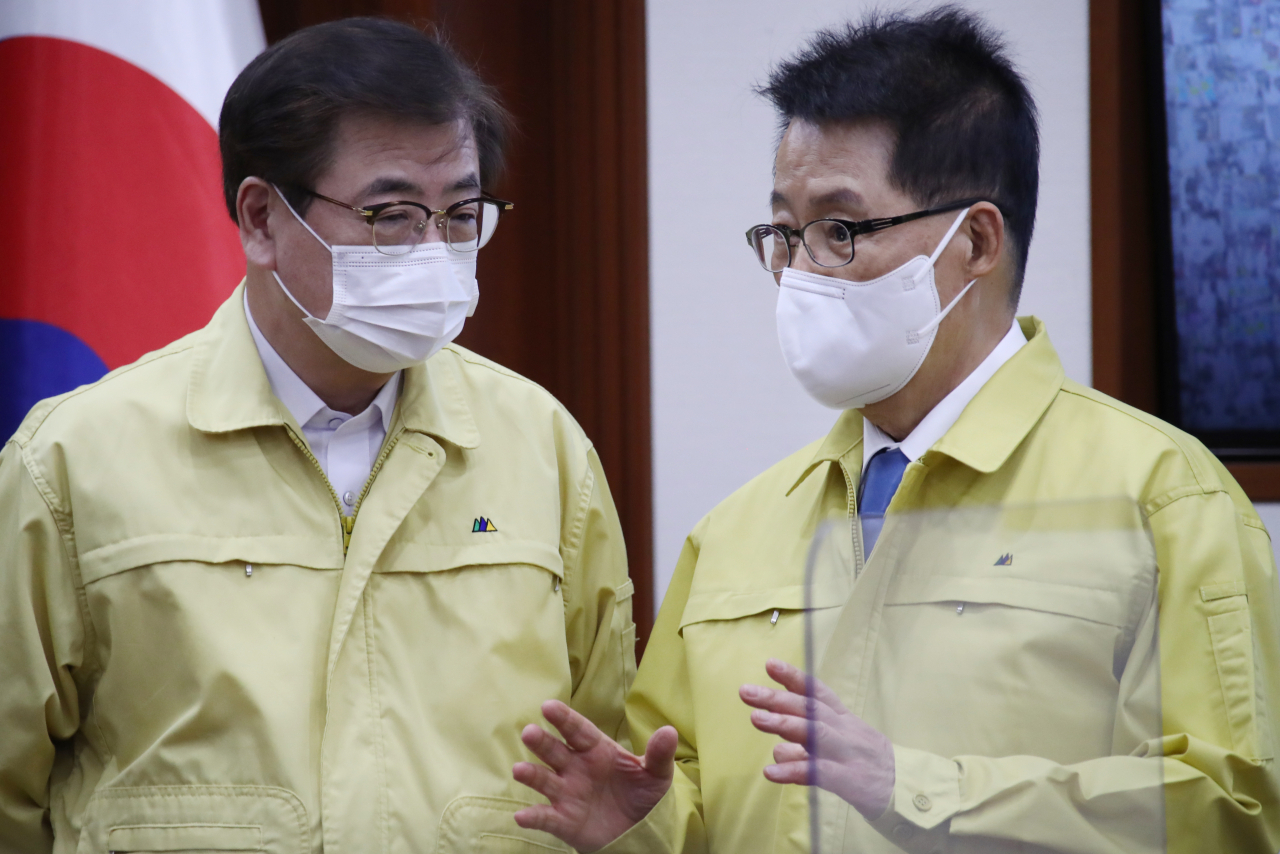 Park Jie-won (R), the former head of the National Intelligence Service (NIS), and his predecessor, Suh Hoon, are shown in this undated file photo. (Yonhap)

The investigations were launched after the National Intelligence Service on Wednesday filed complaints against its former Directors Park Jie-won and Suh Hoon. Park is accused of deleting intelligence-related reports on North Korea's killing of a South Korean fisheries official at sea in September 2020, while Suh is accused of forcing the early termination of an inquiry into two North Korean fishermen who were sent back to the North in November 2019, reportedly against their wishes to defect.

"We do not have our own position," a presidential official told reporters when asked about the presidential office's stance on the new investigations. "We also learned about it after the NIS issued its press release."

The official added, however, that the Yoon government is paying close attention to the two cases because there is potential for a "state crime against humanity" if it is determined that the then government of Moon Jae-in tried to frame the fisheries official as having tried to defect to the North, and if it sent back the North Korean fishermen "in consideration of North Korea's position" even though the men should have been protected as South Korean citizens under the Constitution.

The official was referring to suspicions that the Moon administration tried to cover up both cases to try to appease Pyongyang amid its campaign to build trust and peace with the regime.

"We are closely watching the prosecution's investigation following the complaints of the NIS," the official said. (Yonhap)