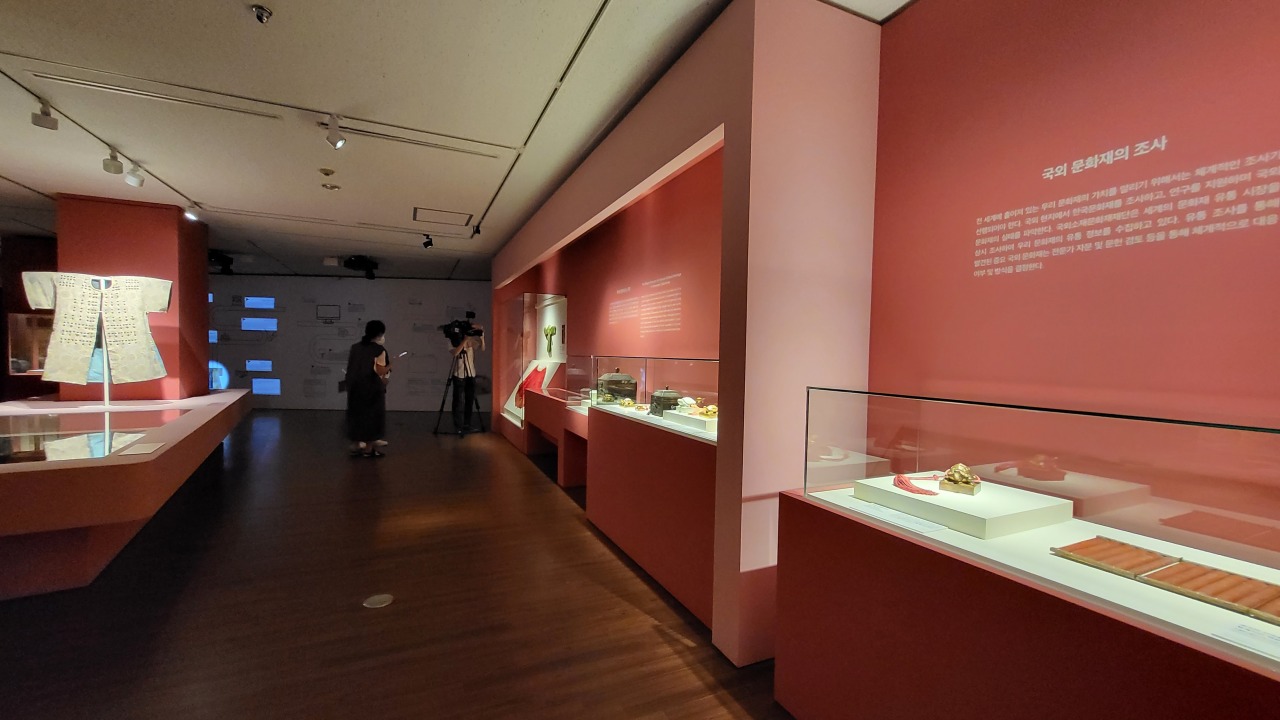 The museum is presenting a selection of 40 cultural artifacts that have been brought back from abroad, six of which are being shown to the public here for the first time.

A considerable number of Korean cultural artifacts were plundered and taken out of the country during the Japanese colonial rule from 1910 to 1945 and the Korean War from 1950 to 1953. At least 214,208 pieces of artifacts are scattered across 25 countries in Asia, Europe and the North and South Americas, according to a Jan. 1 report by the Overseas Korean Cultural Heritage Foundation. 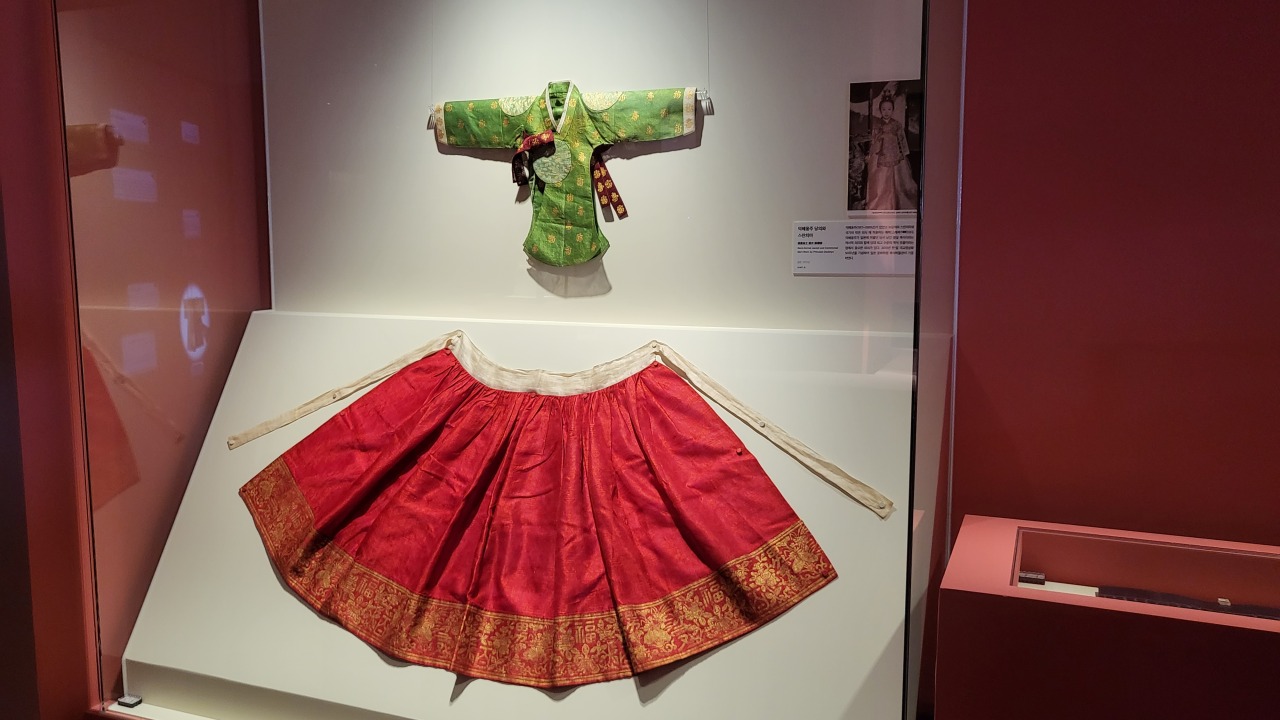 A semi-formal jacket and ceremonial skirt worn by Princess Deokhye brought back from Japan in 2015. (Kim Hae-yeon/ The Korea Herald)
Some 10,000 pieces have been repatriated so far, of which 784 were brought back by the Overseas Korean Cultural Heritage Foundation in the past decade.

“We hope the visitors can grasp a general idea of how different types of Korean cultural heritage still remain overseas today and understand that it is crucial to have continued interest.” Kim Chung-bae, the NPMK’s publicity division director, said during a press conference on Wednesday.

The first section of the exhibition, “Korean Cultural Heritage in Overseas Collections,” introduces different routes through which the pieces were taken out of the country. The Odaesan copy of “Joseon Wangjo Sillok,” or “Annals of the Joseon Dynasty,” which was stolen during the Japanese colonial period and repatriated in 2006, and a tube-shaped white porcelain bottle purchased from an American collector and returned to Korea this year, are among the notable items on display. 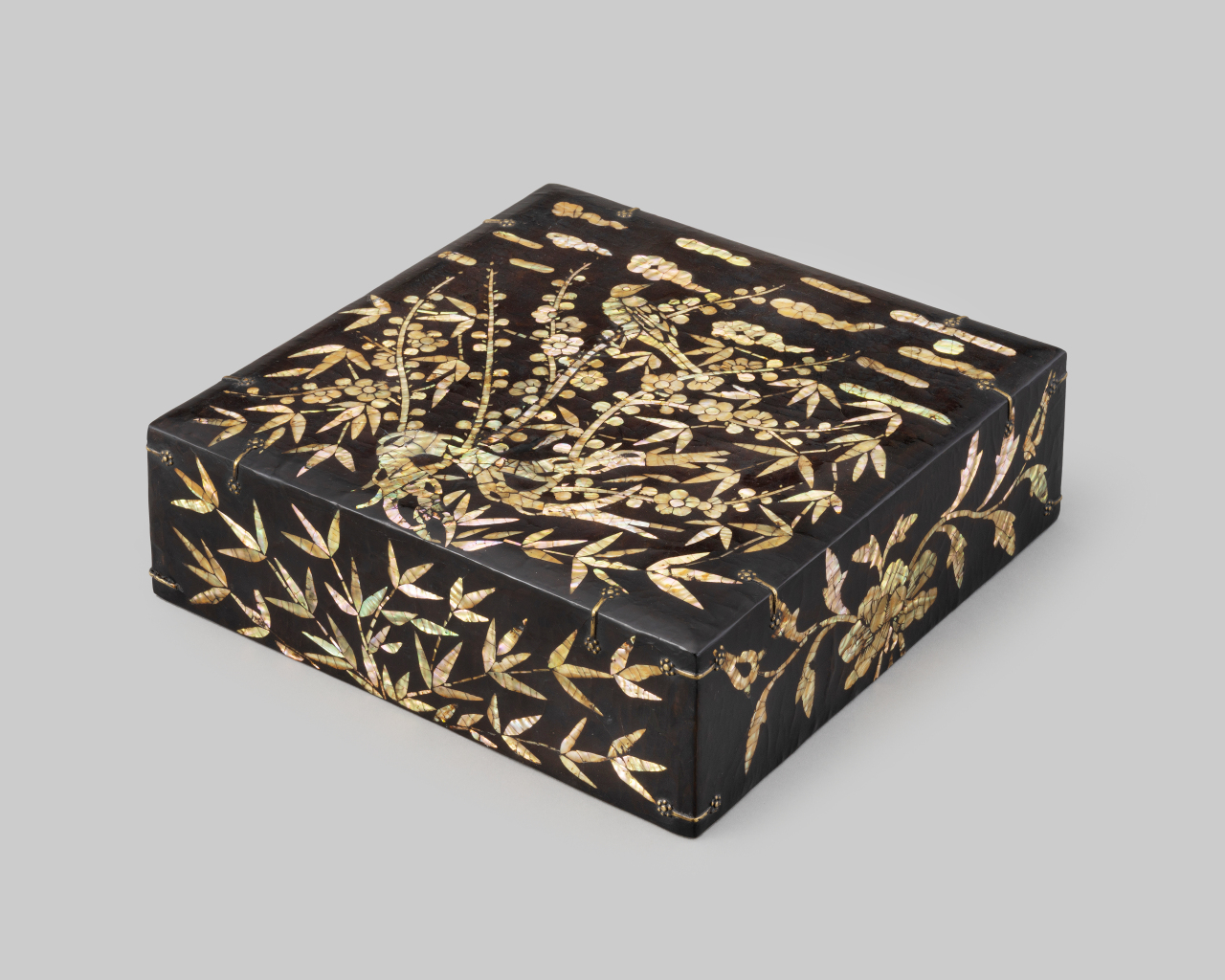 Mother-of-pearl inlay box with plum, bird, and bamboo design repatriated from Japan in 2012 (CHA)
The second section, titled “For Their Return,” shows how the pieces overseas were brought back to Korea. Stories of how artifacts were wrongfully taken overseas and foreign museums acknowledging the illegality of their removal from Korea are explained in detail.

The third section explores ways in which the cultural artifacts that are not subject to repatriation could be understood and managed.

The exhibition runs through Sept. 25 at the National Palace Museum. Admission is free.