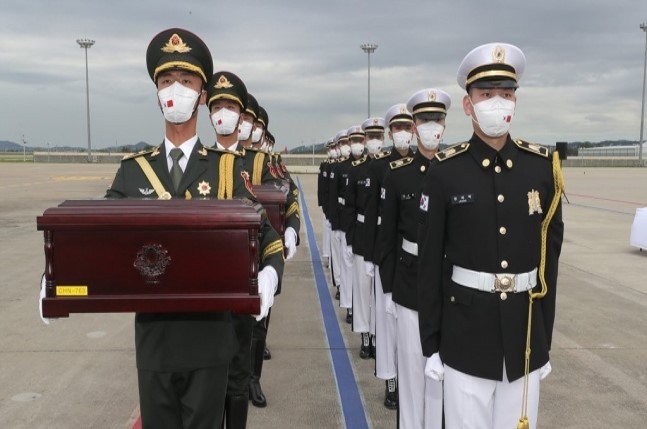 South Korea and China agreed Sunday to hold a ceremony returning remains of Chinese troops killed during the 1950-53 Korean War in September, in what would be the ninth such repatriation, Seoul's defense ministry said.

Kim Sang-jin, the ministry's director-general of international policy, and Li Jingxian, a Chinese veterans affairs official, met in the southeastern Chinese city of Xiamen, and agreed to hold an event casketing the remains on Sept. 15 and return them the following day.

The ministry did not elaborate on how many sets of troop remains will be repatriated.

Since 2014, when the two countries agreed on the return of the Chinese troop remains, Seoul has returned 825 sets of remains of Chinese fighters.

The agreement on the latest repatriation plan comes as Seoul and Beijing mark the 30th anniversary of the establishment of bilateral diplomatic relations this year. (Yonhap)