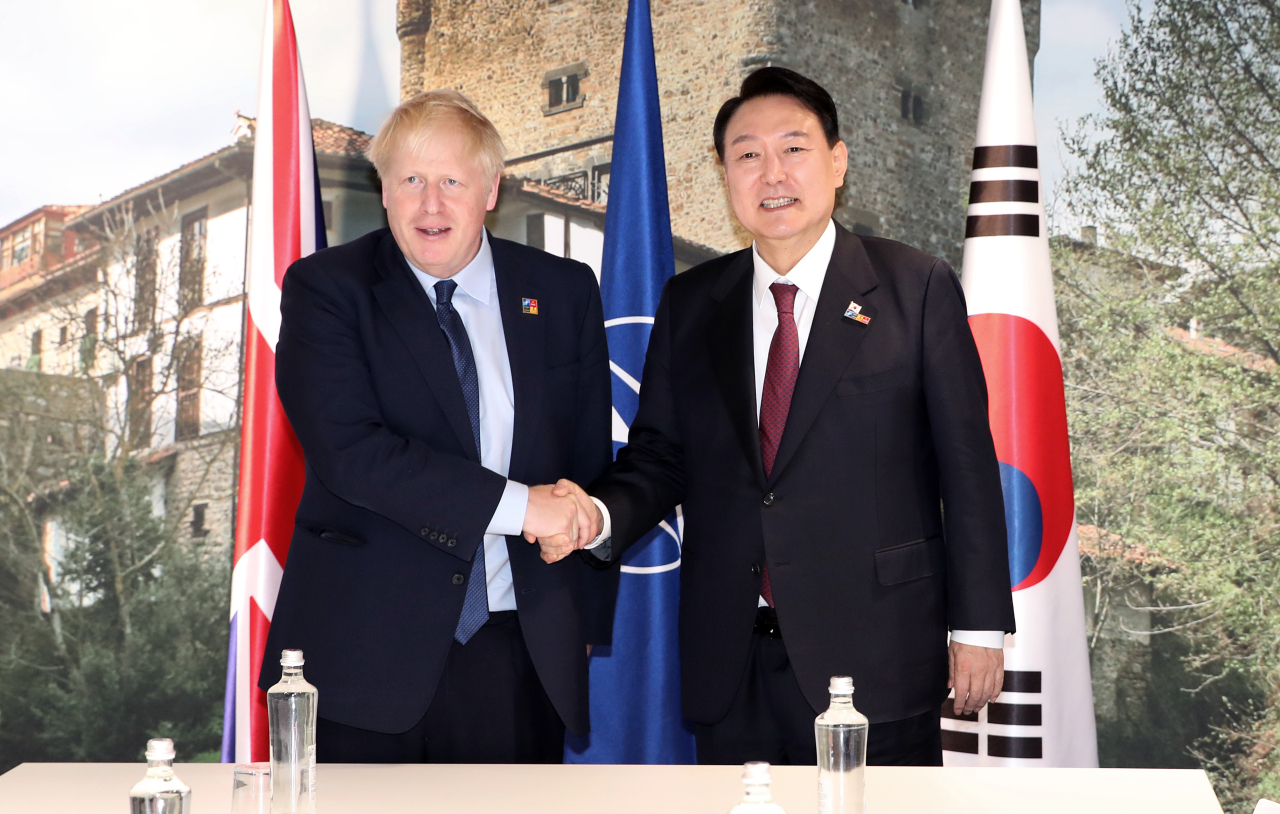 President Yoon said, “We are pleased to have adopted the Korea-UK framework on the occasion of today‘s talks and evaluated that the framework will serve as a cornerstone for the development of bilateral relations,” according to the press statement released by the presidential office.

The adopted “Bilateral Framework for Closer Cooperation” presents a future vision for bilateral cooperation in various fields such as politics, security, economy, science, technology, education and culture, the statement added.

The framework includes the will of both countries to defend shared values ​​such as democracy, human rights, and multilateralism, and to jointly respond to global issues such as pandemics and climate change and implementation plans, according to the statement.

It contains the commitment of both countries to protect common values such as democracy, human rights, and multilateralism, and to jointly respond to global issues such as pandemics and climate change.

“President Yoon explained Korea’s diplomatic efforts to achieve the complete denuclearization of North Korea, and requested the continued interest and cooperation of the UK, a permanent member of the UN Security Council,” the statement said.

In response, Prime Minister Johnson reaffirmed his unwavering commitment to cooperation while expressing his support for the South Korean government’s policy toward North Korea.