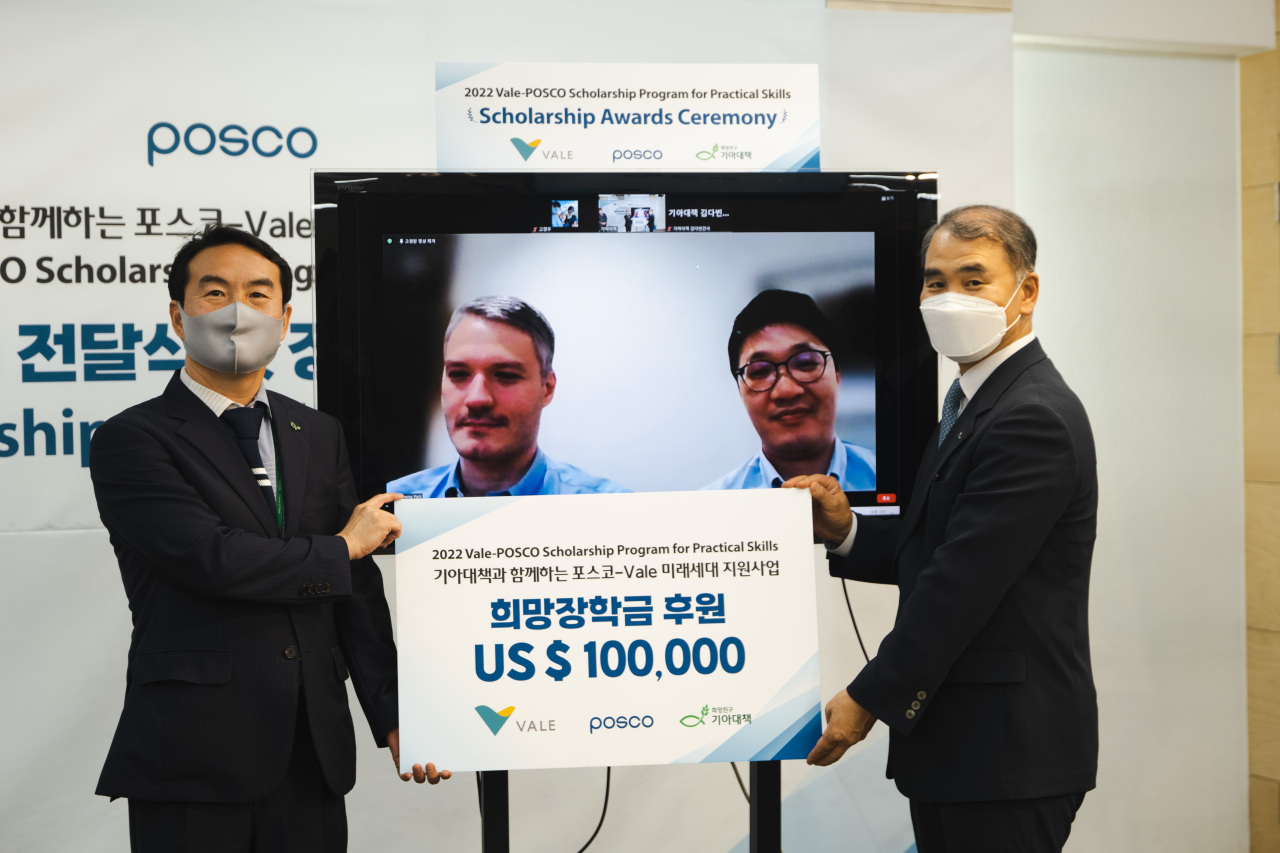 The two firms have maintained close ties for more than 40 years, with Vale supplying key materials like iron ore to Posco, the steel giant, for decades.

In May last year, they signed a memorandum to create a new matching fund as part of Posco’s global initiative called GEM or Go the Extra Mile. They agreed to donate $50,000 each to support young students from low-income households in South Korea and Brazil.

After a group of Brazilian students was offered support with their tuition fees last year, this year, some 30 Korean middle- and high-school students are expected to receive financial aid and career mentorship through the program.

“It is very meaningful that mining and steel-making industries, as well as an NGO, have teamed up with the same goal; helping young students to achieve their dreams,” said Posco’s head of raw materials business Shin Soo-cheol.

Posco’s GEM fund started in 2019 to achieve socially responsible management in partnership with its key suppliers around the world. So far, a total of 10 suppliers have joined the program, with their accumulative contributions worth a combined $2 million.