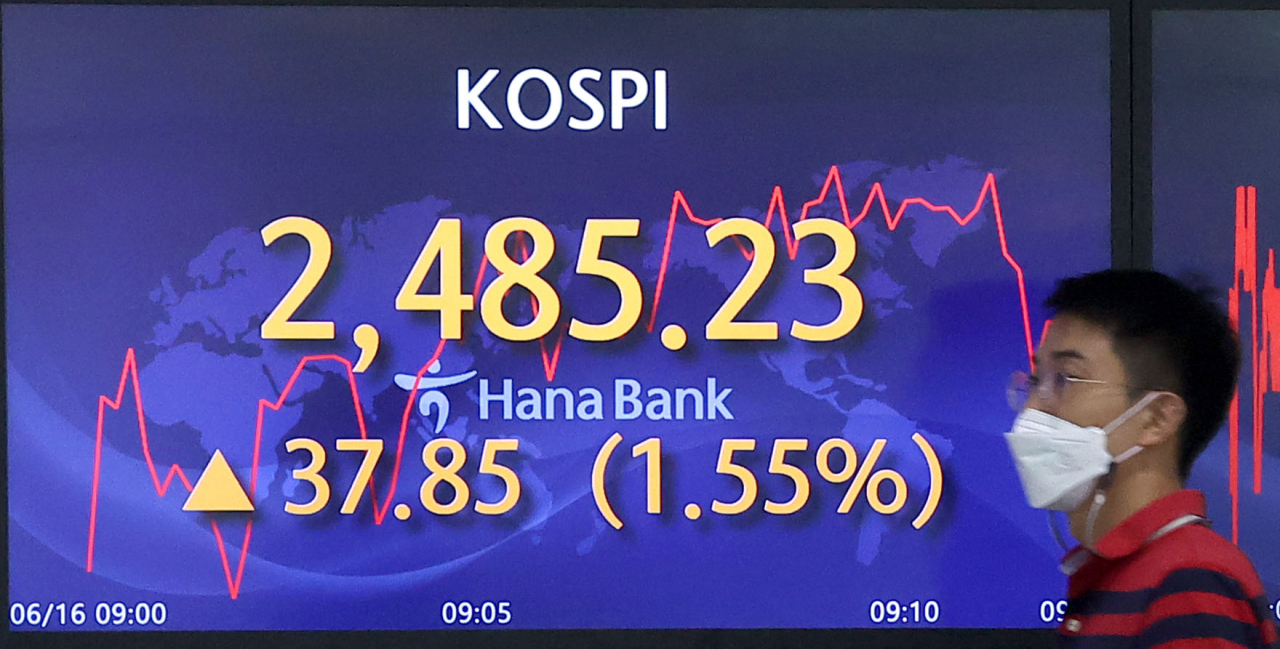 An electronic board showing the Korea Composite Stock Price Index (Kospi) at a dealing room of the Hana Bank headquarters in Seoul Thursday. (Yonhap)

South Korean stocks rebounded slightly Thursday, ending their seven-day losing streak, as uncertainty over the future course by the US Federal Reserve eased somewhat after its sharpest rate hike in almost three decades. The local currency rose against the US dollar.

The index got off to a strong start, tracking Wall Street gains after the Fed raised the key rate by 0.75 percentage point, the biggest increase since 1994.

Investors welcomed the move, as it met market expectations and, according to analysts, signaled the Fed's determination to fight inflation.

But many of the early gains were pared here as concerns were renewed over high-flying inflation and the potential impacts of the Fed's aggressive monetary tightening on global economic growth.

"Uncertainties over the Fed's rate hike have somewhat eased and the Korean won rose against the US dollar, which helped pull up the index," Han Ji-young, an analyst at Kiwoom Securities Co., said.

"But it would take time to see any meaningful upturn, and volatility is expected to continue for some time being."

In Seoul, big-cap tech and chemical shares gathered ground to lead the upturn.

Carmakers also lost ground on profit-taking, with Hyundai Motor falling 0.57 percent to 173,000 won and its smaller affiliate Kia going down 1.15 percent to 77,200 won.

The local currency ended at 1,285.6 won against the US dollar, up 4.9 won from the previous session's close.