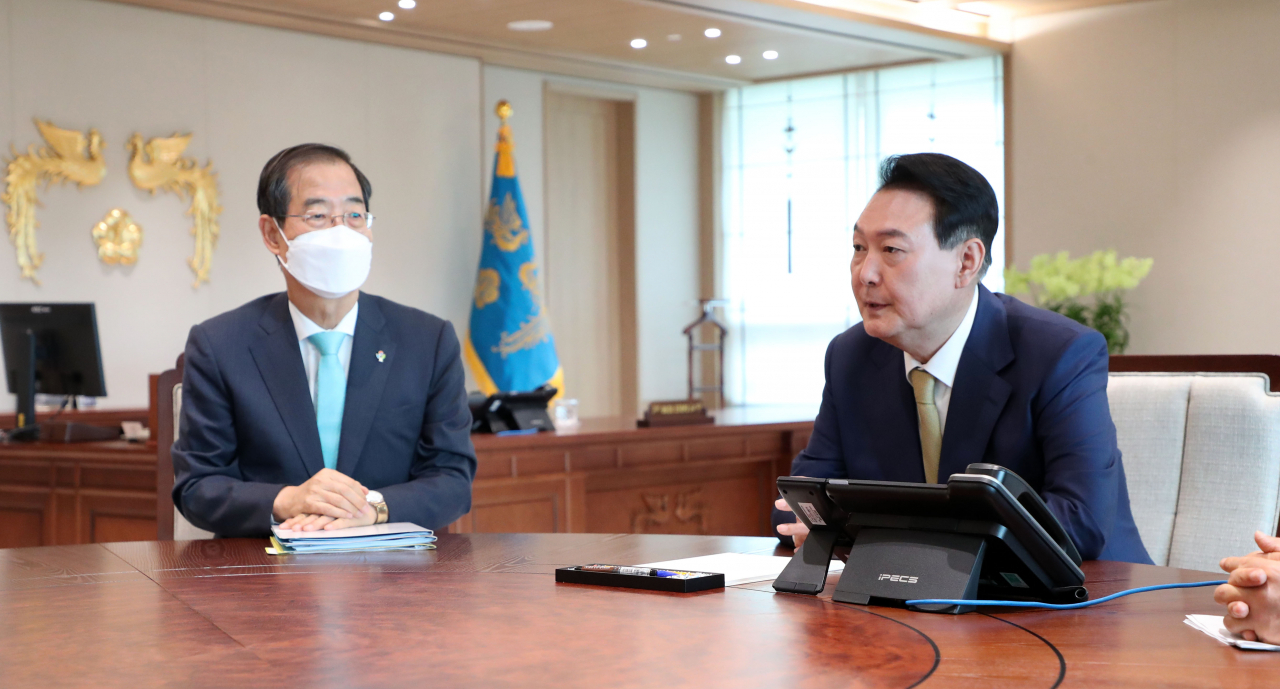 President Yoon Suk-yeol (R) talks with Prime Minister Han Duck-soo during their weekly meeting at the presidential office in Seoul on Monday. (Yonhap)

The government will set up a new regular meeting to be presided over by President Yoon Suk-yeol to speed up regulatory reforms, Prime Minister Han Duck-soo said Tuesday.

The meeting will serve as the "top decision maker of government regulatory innovation," Han said.

Also, the government will form an advisory group of private experts on regulatory reforms, Han said.

The experts will decide on whether applications for deregulations are appropriate, Han said.

The advisory group "will determine the appropriateness of regulations based on international standards and opinions from stakeholders and relevant ministries," Han said.

Yoon has called for bold deregulations to spur economic growth and promised to give his full support to companies if they create more jobs and increase domestic investment. (Yonhap)