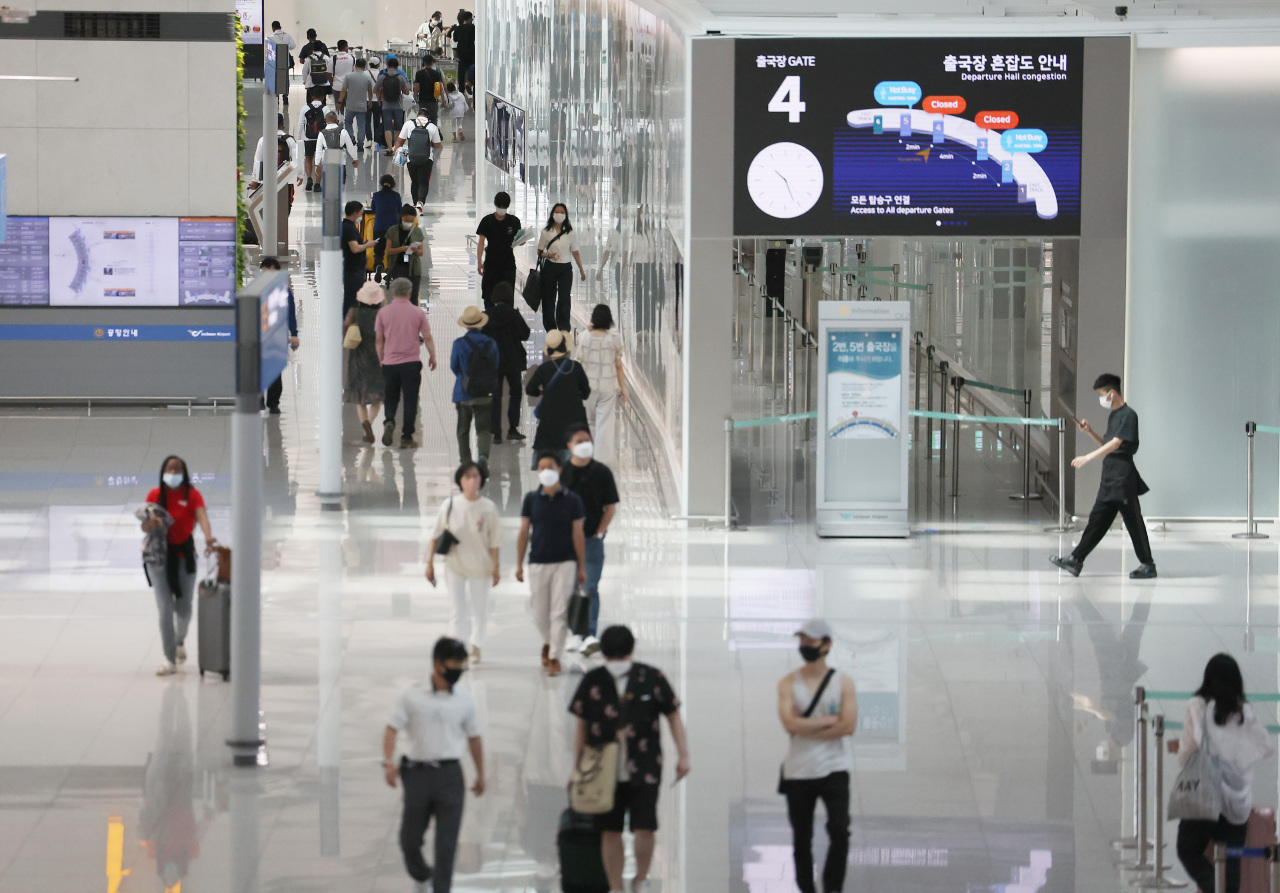 Until the previous day, people who had not been completely vaccinated -- meaning they were boosted or no longer than 180 days had elapsed since the completion of a primary series -- had to quarantine for seven full days upon arrival, on top of pre-departure tests. The requirement that travelers, regardless of vaccination status, submit test results both before departure and after arrival still remains in place.

The removal of quarantine for travelers is part of the government COVID-19 headquarters’ post-omicron response plan announced in April under the previous administration. The government is due to announce next week whether to continue to require patients with active infections to isolate for seven days.

The unraveling of COVID-19-related restrictions comes as the tally of monkeypox cases continues to increase across the world. Monkeypox outbreaks have been reported in at least 27 countries where the virus is not endemic, according to the latest announcement from the World Health Organization.

Korea considers monkeypox an infectious disease under the second-highest level of public health hazard in its legal framework, a designation that came into effect Wednesday. This makes monkeypox the same hazard status as COVID-19, which was downgraded in April from being the most hazardous infectious disease for the past two years.

As with COVID-19, people with monkeypox in Korea are legally obliged to isolate, and report their infections to authorities.

While countries like Belgium and Germany have introduced quarantines over monkeypox in recent weeks, Korea says rolling back travel restrictions is not being considered at the moment, the Ministry of Health and Welfare said Wednesday. As the incubation period for monkeypox is longer than that for COVID-19, the quarantine will have to be longer. Reciprocity between countries was also an issue.

The Korea Disease Control and Prevention Agency said Tuesday that efforts were underway to bring in third-generation smallpox vaccines into the country, which are reported to be about 85 percent effective at preventing monkeypox infections. The 35 million doses of smallpox vaccine in Korea, which are classified as second generation, are all from the same local brand, HK inno.N.

“The third-generation vaccines are associated with reduced risk of serious adverse reactions that were observed with the second-generation ones,” said Kwon Geun-yong, head of the national health protection agency’s vaccination planning committee.