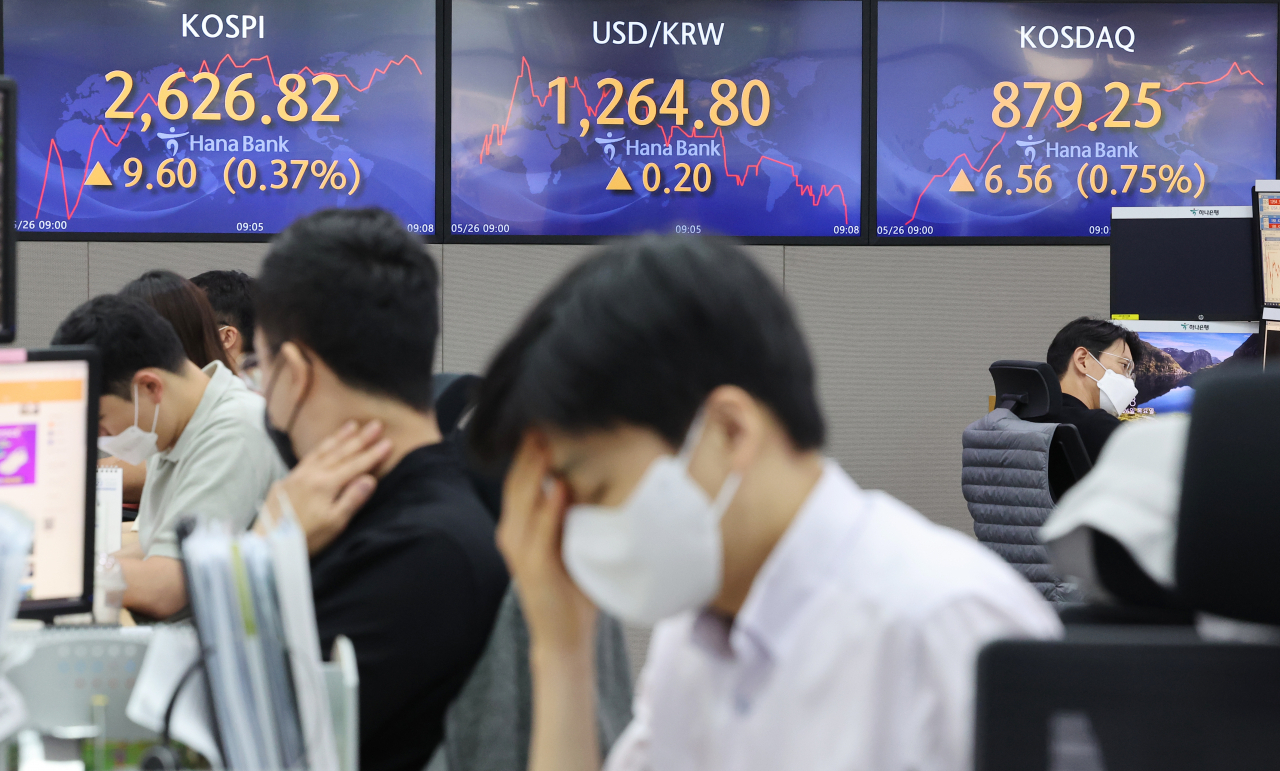 The South Korean stock market ended lower Thursday over the gloomy outlook for inflation and concerns over aggressive monetary tightening. The local currency fell against the US dollar.

The index opened higher, tracking overnight gains on Wall Street, as the US Federal Reserve's minutes of the early May meeting indicated some flexibility in its rate hike plans.

But the market turned lower, after the Bank of Korea (BOK) raised the key interest rate by a quarter percentage point to 1.75 percent and chief Rhee Chang-yong hinted at further rate hikes, citing high inflation.

The BOK forecast that the inflation will reach 4.5 percent this year, the fastest growth since 2008, while lowering its economic growth prediction to 2.7 percent from the previous 3 percent.

"It would take time for the market to make a meaningful upturn given lingering uncertainties, such as China's lockdown amid the COVID-19 pandemic and global supply issues," he added.

Big-cap tech shares ended lower to drag down the index.

Shares of SK affiliates lost 1.96 percent combined, after the group vowed to invest 247 trillion won over the next five years to shore up its chip and other key businesses.

LG saw shares of its affiliates rising 0.22 percent after the announcement of its investment plan worth 106 trillion won by 2026, though home appliance giant LG Electronics lost 0.49 percent to 102,000 won.

The local currency ended at 1,267.0 won against the US dollar, down 2.4 won from the previous session's close. (Yonhap)