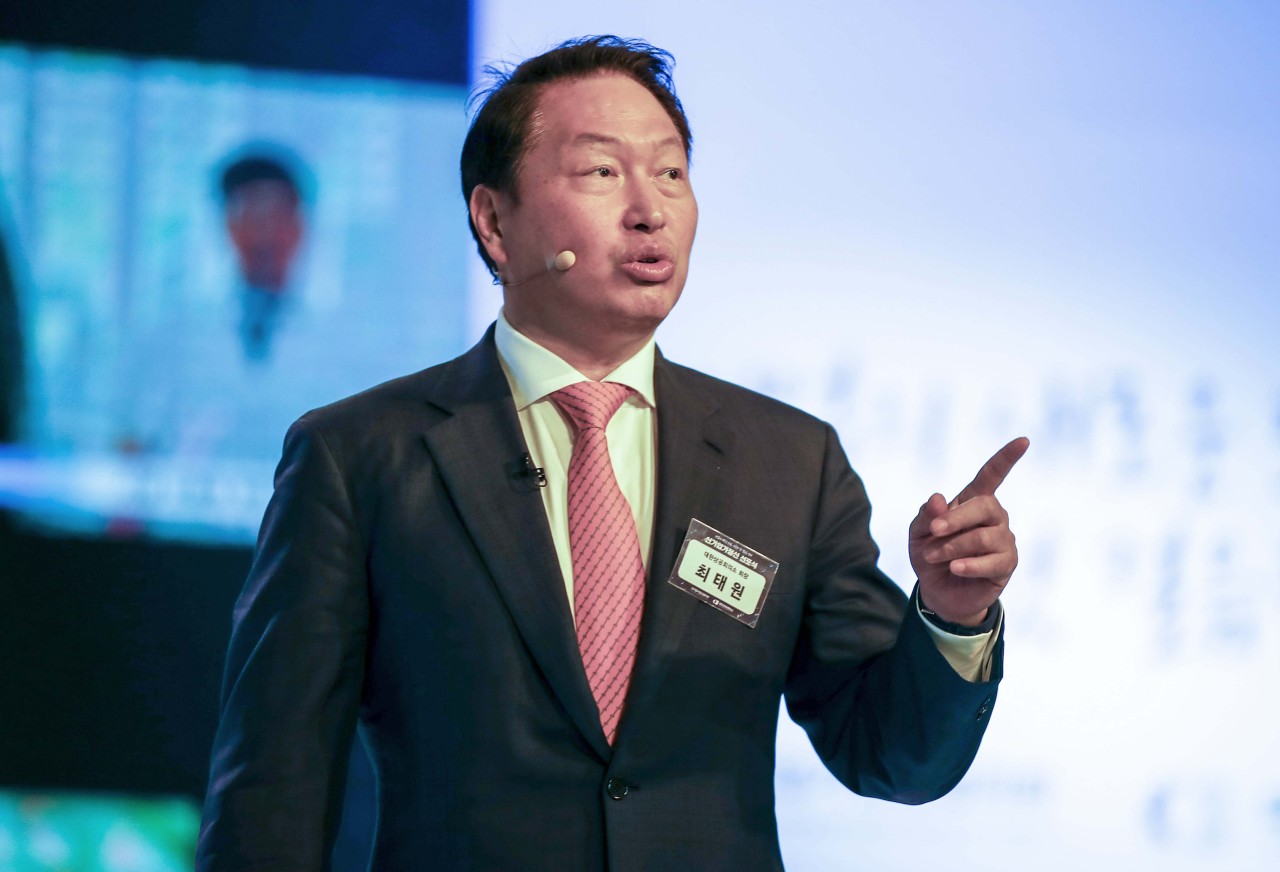 SK Group Chairman Chey Tae-won (Yonhap)
SK Group said Thursday it is investing a total of 247 trillion won ($195 billion) over the next five years to shore up its three growth pillars of semiconductors, batteries and biopharmaceuticals to create some 50,000 new jobs for the local economy.

Amid lingering uncertainty over economic slowdown and geopolitical risks, the nation’s second-largest conglomerate, whose key units include SK hynix, SK Telecom and SK On, called new investment and talent acquisition are crucial for it to seek new business opportunities.

More than half the spending, worth 142 trillion won, will go to its semiconductor business division as chips are expected to play a key role in accelerating digital transformation across industries.

The new investment will be poured into its 120 trillion won chip manufacturing cluster in Yongin, Gyeonggi Province, to beef up production of chips and other materials and equipment such as specialty gas and wafers.

The group said it will spend 67.4 trillion won on electric vehicle batteries, hydrogen and other renewable businesses, including the expansion of battery separator production facilities.

SK aims to reduce carbon emissions by 200 million metric tons by 2030, about 1 percent of the global emissions reduction target of 21 billion tons.

SK is one of a handful of chaebol groups rolling out investment plans this week in an apparent move to fuel President Yoon Suk-yeol’s drive for private-led economic growth.

Yoon, who started his five-year term on May 10, has pledged to ease unnecessary regulations and offer support for key national strategic areas like chips, batteries and biopharmaceuticals.

On Tuesday, Samsung announced its largest-ever investment plan worth 450 trillion won over five years to consolidate its leadership position in memory chips, while enhancing its competitiveness in producing more advanced chips.

Hyundai Motor Group announced plans to spend 63 trillion won by 2025 in its push for full-electric and hydrogen mobility as well as robotics. Retail giant Lotte Group said it will pour 37 trillion won into revitalizing the nation’s economy.

On Thursday, LG Group said it is investing 106 trillion won over five years, with 43 trillion won being poured into research and development activities alone.

The groups stressed that much of the new investments would be focused on boosting the local economy and creating jobs, as the country grapples with inflation fears and supply disruptions amid the protracted pandemic and Russia’s invasion of Ukraine.