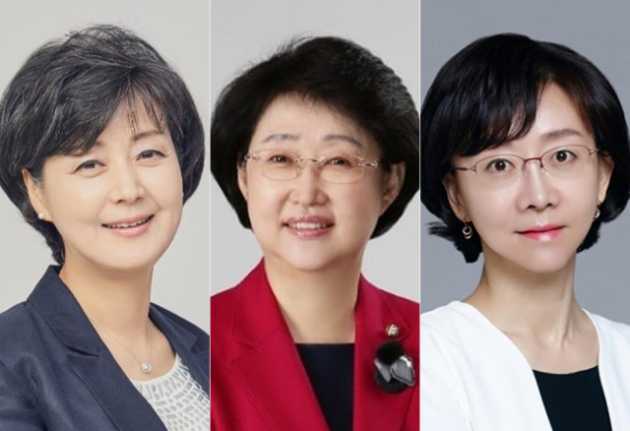 With the new announcement, the nomination of the heads of all 18 government ministries has been completed, although confirmation hearings remain for the education and health minister candidates.

If the two candidates pass the hearing, there would be five ministries with women ministers. Women would make up a little under one third of the Cabinet -- the same as the first Cabinet under former President Moon Jae-in.

The presidential office said the Education Minister nominee Park was nominated on the grounds that she served as a transition committee member and has a good understanding of the political philosophy of the Yoon government. If confirmed, Park will serve a dual role as both education minister and deputy prime minister.

“She was the first woman to lead the management evaluation of public corporations and quasi-governmental institutions by the Ministry of Strategy and Finance, and suggested a direction for improving the management performance of public institutions,” the spokesperson said.

Oh Yu-Kyoung, dean of Seoul National University’s College of Pharmacy, was selected as the new vice minister of the Ministry of Food and Drug Safety because she is “a pharmaceutical expert” who has served as the president of the Korean Association of Pharmacy Education and the president of the Korean Pharmaceutical Association.

The new appointments highlight Yoon’s changed stance on a male-centered Cabinet, which he claimed it was based “solely on ability without regard to a region or gender distribution.”

At the recent South Korea-US summit, Yoon was directly questioned by a reporter about his male-dominated Cabinet and South Korea’s consistently low ranking in professional advancement of women. Yoon replied that equal opportunities were not fully ensured for women.

“We have actually a quite short history of ensuring (equal opportunities for women). So what we’re trying to do is to very actively ensure such opportunities,” he said.

On Tuesday, when National Assembly Deputy Speaker Kim Sang-hee -- the first woman to hold the position -- expressed her regret over gender conflict in the country, Yoon was quoted as saying, “I will work hard to give bold opportunities to women when it comes to public personnel appointment.”

He added, “Maybe I had a narrowed vision because I just started politics, but from now on, I will look more broadly.”

The government explained, “To heal the wounds and conflicts inherent in our society and to effectively promote policies and projects for national unity, the National Integration Committee is established under the jurisdiction of the president.”

In his remarks, President Yoon asked each ministry to actively cooperate with the newly launched committee and do their best for national unity.