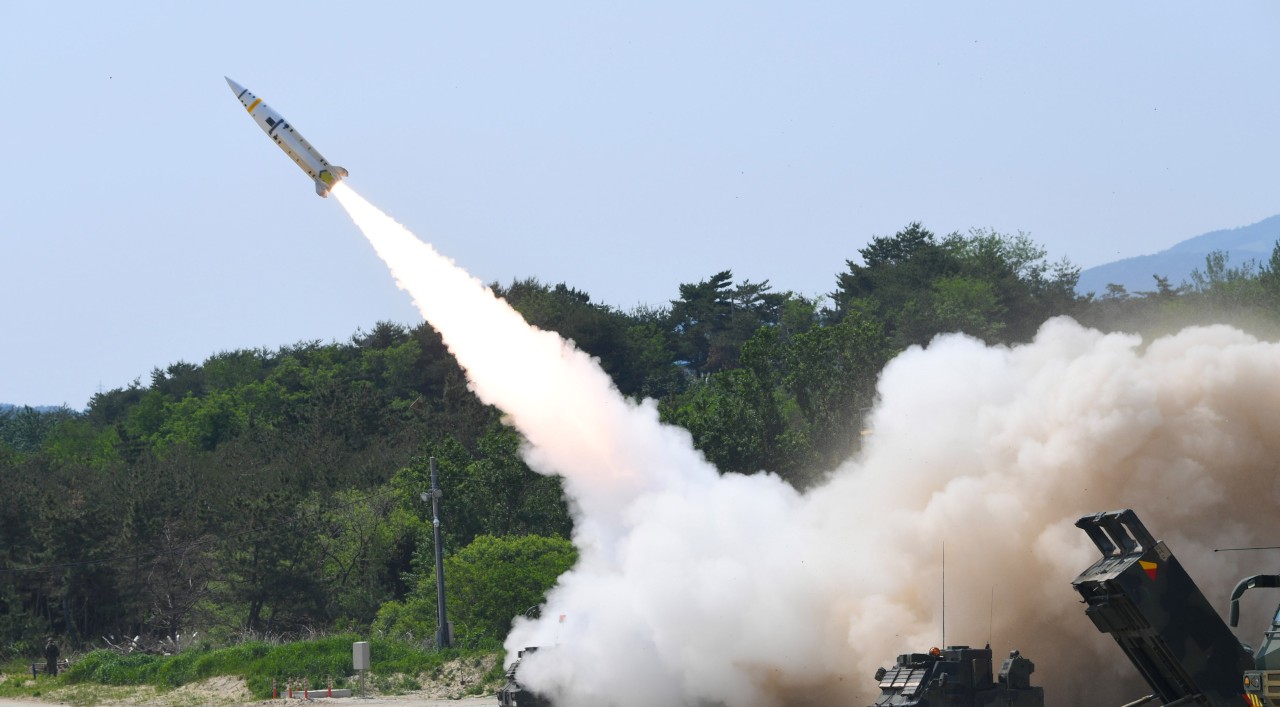 When asked about the possibility of the North’s nuclear test, Kim Tae-hyo, the first deputy director of the National Security Office, said, “It is unlikely that it will be imminent within a day or two, but I think there is a sufficiently high possibility after that.”

Nuclear detonator operation tests are being detected in Punggye-ri and other places, Kim said. “The detonation experiment is being carried out continuously several times. The final preparations are imminent to evaluate the scale and performance that North Korea wants.”

As for the timing of the nuclear test, “Even the North Korean leader himself would not have made a decision,” he said.

In a joint statement issued after the South Korea-US summit on Saturday, the two leaders specified “nuclear, conventional and missile defense” as a means of the “extended deterrence” that the US will provide to South Korea in the case of an emergency.

North Korea fired three missile tests on the day, four days after the South Korea-US summit and the second provocation since Yoon took office. So far this year, the North has carried out 17 such provocations.

Kim said, “It may be an attempt to intervene in the domestic political schedule in the early days of the inauguration of the Yoon Suk-yeol administration, and a political intention to test the new government’s security posture.”

The presidential office believes that the North’s provocations as US President Joe Biden, on his way home from a trip to South Korea and Japan, entered his homeland was “a strategic message” by the North aimed at South Korea and the US together.

South Korea and the US launched a joint response. The South Korean military first fired a Hyunmoo 2 surface-to-surface missile into the East Sea from near Gangneung, Gangwon Province, in the morning of the same day. They also released a video of 30 F15 fighter jets operating in an “elephant walk” posture. Separately, the US military also launched ATACMS surface-to-surface missiles.

Yoon presided over the National Security Council meeting attended by his national security adviser and the foreign, unification and defense ministers.

Participants at the National Security Council strongly condemned the North’s missile launch, calling it “a violation of United Nations Security Council resolutions” and “a grave provocation that heightens tensions” on the Korean Peninsula and in Northeast Asia and threatens international peace.

They also noted that the North Korean provocation took place after the South Korea-US summit and before US President Biden had returned to his country.

Yoon instructed the officials to thoroughly implement sanctions against North Korea, including UN Security Council resolutions, in close cooperation with relevant countries and the international community.

The presidential office released a separate statement, saying: “North Korea’s continued provocations will inevitably result in stronger and faster deterrence of the Korea-US alliance, and will only lead to North Korea’s international isolation.”

The statement urged North Korea to comply with UN Security Council resolutions and respond to dialogue for the establishment of peace on the Korean Peninsula.

The two sides shared the view that Wednesday’s successive ballistic missile launches by North Korea are a direct violation of UN Security Council resolutions and a grave provocation that threatens peace on the Korean Peninsula and internationally, the presidential office said. They urged North Korea to immediately stop the provocations and respond to dialogue.

They also agreed to continue closely coordinating a strong and effective response plan based on the strong South Korea-US combined defense posture.

Can NK be stopped?

The dilemma still remains, experts say. Some say that the Yoon administration’s response is not much different from that of the former Moon Jae-in administration.

Kim of the National Security Office said what was different from the former administration is that South Korea and the US prepared and responded together. But he added that some people here are not satisfied with the seemingly weak response compared to Yoon’s previous bold remarks.

“We showed a moderate message today, but we will review additional measures,” Kim said.

North Korean experts say despite the stronger response, there is no way to stop North Korea from launching missiles and conducting nuclear tests.

There are three main pillars to respond to the North’s provocations, said Park Won-gon, a professor in the department of North Korean studies at Ewha Womans University.

“It is how to stop the North’s continued firing of nuclear (test) and missiles; how we can have deterrence against Pyongyang’s advanced nuclear weapon; and how to bring the regime to the negotiating table,” he said.

All three of these aspects are included in the South Korea-US joint statement. But the problem is that there is no way to answer the first question -- how to stop the North’s continued firing of nuclear tests and missiles -- in the first place, the professor said.

“We can also launch missiles in response, and if necessary, US strategic assets may be deployed. But that won’t stop North Korea,” Park said.

Bringing the North to conversation does not seem easy because the US and Yoon do not seem to be very interested in that, he added.

Park believes the most effective way to strengthen extended deterrence is missile defense networking between South Korea and the US. “It has a real deterrence and a message to China,” he said.

“If China continues to give a green light to North Korea, we will have no choice but to strengthen our missile defense network,” he said. When North Korea launched its alleged Hwasong 17 intercontinental ballistic missile on March 24, China did not blame North Korea, but instead pointed to the US.