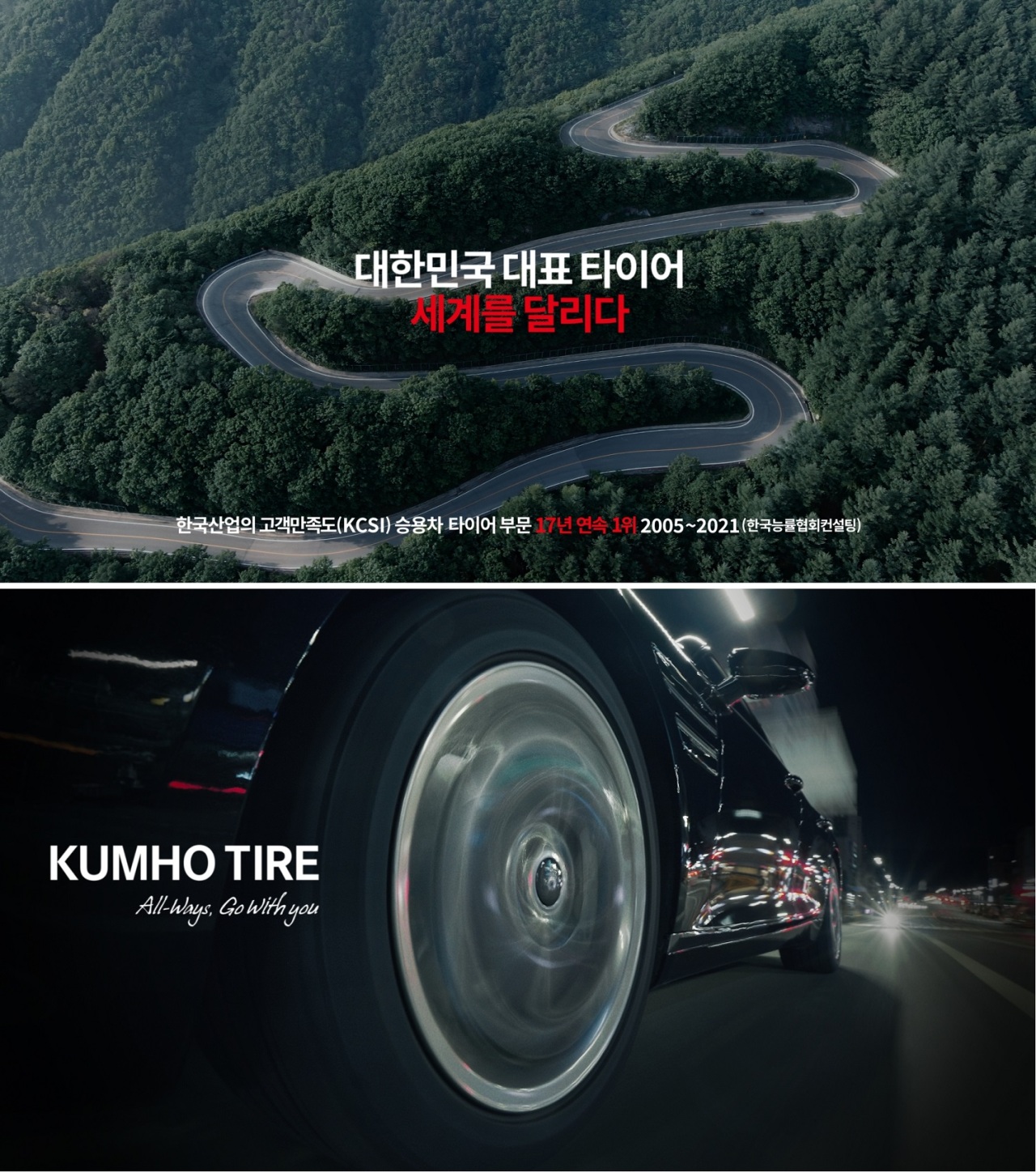 The tiremaker has launched a new commercial in April under the slogan, “There is no road you cannot go,” to express its belief that there is no road in the world that Kumho Tire can‘t go, said company officials.

The commercial was uploaded to the tiremaker’s YouTube channel. Kumho Tire currently operates the largest YouTube channel in the industry, amassing over 118,000 subscribers since its launch in 2019.

In efforts to diversify its strategy, the tiremaker said it will attend two international tire exhibitions, The Tire Cologne, held between Tuesday and Thursday in Koln, Germany, and Autopromotec, held between Wednesday and Saturday in Bologna, Italy.

Meanwhile, the tire company has been sponsoring sports teams including English football club Tottenham Hotspur and German football club Bayer Leverkusen. It is also the official sponsor of the US National Basketball Association.

The tiremaker said it has seen growth in sales in the first quarter, successfully getting back into the black despite increased material and distribution costs. Company officials attributed this success to the company’s diverse marketing strategies, and said they were hopeful that its cumulative performance in the first half of the year will record continued expansion in sales and profit.