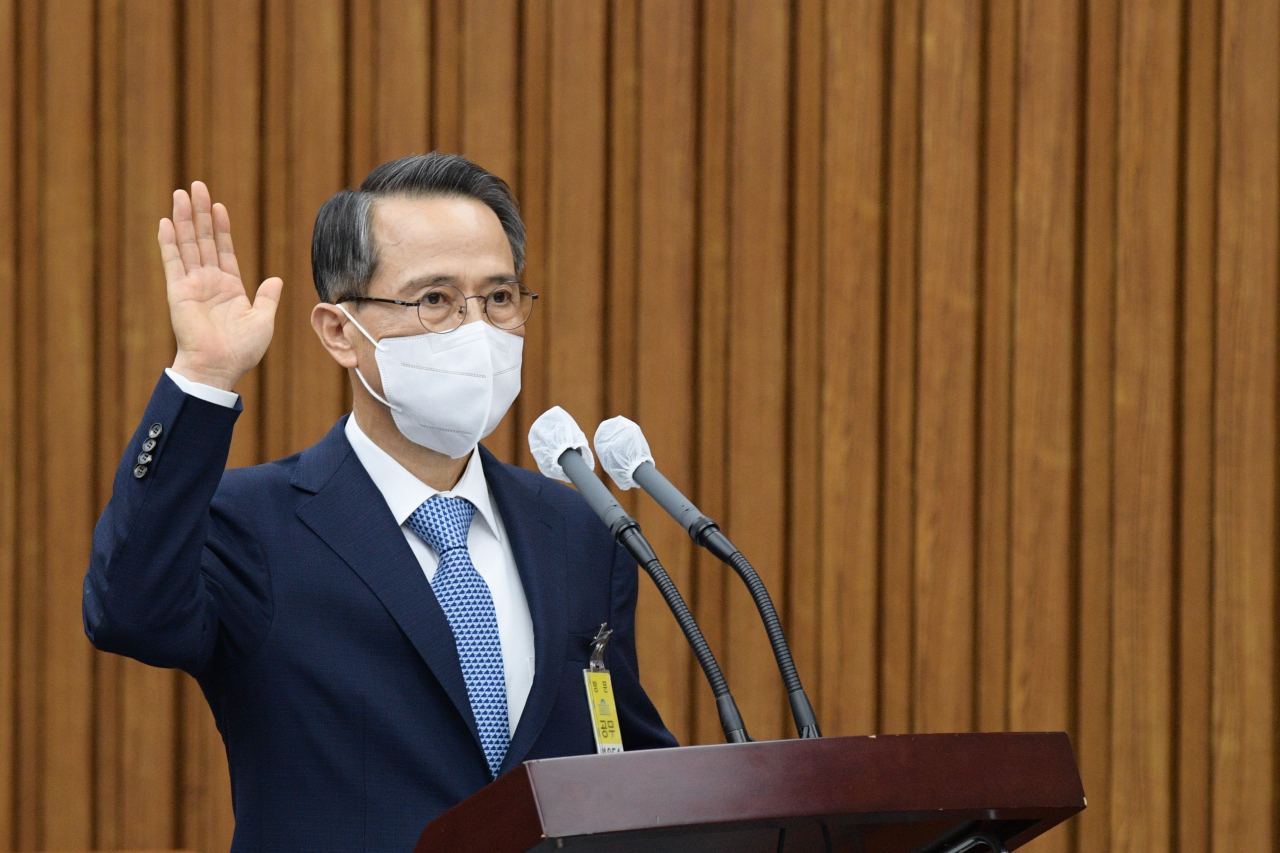 Kim Kyou-hyun, who is nominated as the director of the National Intelligence Service, takes an oath during his confirmation hearing at the National Assembly in Seoul on Wednesday. (Yonhap)

The nominee to head the country's spy agency vowed Wednesday to significantly bolster the agency's intelligence capabilities on North Korea amid rising tensions in the wake of Pyongyang's missile launches.

"If I can serve as the director of the National Intelligence Service, I will sharply reinforce intelligence capabilities on North Korea, such as early detection of provocation signs," Kim Kyou-hyun said during his confirmation hearing.

"I will reform and reform again to make the NIS a top-class intelligence agency like Mossad that contributes to Israel's security in between the Arab nations," he said during the hearing held just hours after North Korea fired three ballistic missiles.

Kim, a career diplomat, was tapped by President Yoon Suk-yeol as the NIS director earlier this month.

"As the president said in his inauguration speech, we will work closely with overseas intelligence agencies, such as the United States and Japan, to cope with the recent security reality amid challenges that cannot be solved by one country," he said.

Kim said he also plans to reinforce the NIS' capability in responding to "new security threats," such as the pandemic, climate change and supply chain crisis.

"Not only threats from North Korea, but we are also facing challenges coming from the strategic conflict between the US and China, the Ukraine crisis, global supply chain risks and cybersecurity threats," he said.

"The NIS has completely ended connection with domestic politics, and when it comes to foreign affairs and national security, I think there are no ruling or opposition parties."

Kim's nomination is subject to a confirmation hearing but does not require parliamentary approval. (Yonhap)