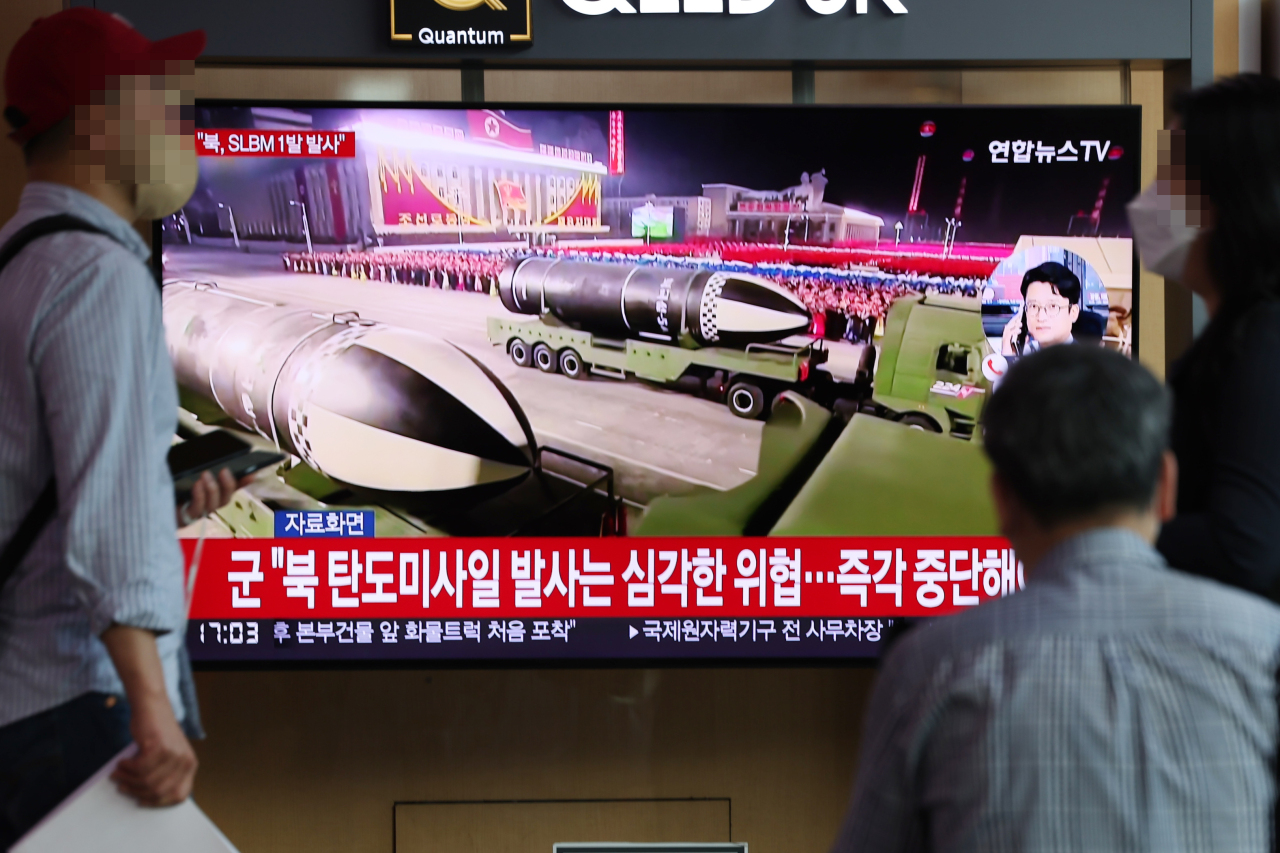 The three ballistic missiles were launched from the Sunan area in the capital city of Pyongyang at around 6 a.m, 6:37 a.m. and 6:42 a.m., respectively, South Korea’s Joint Chiefs of Staff said in a statement.

“Our military, in close coordination with the US, is maintaining a full readiness posture while reinforcing monitoring and vigilance activities,” the JCS said.

South Korean President Yoon Suk-yeol presided over his first meeting of the National Security Council at 7:30 a.m. following the ballistic missile launches. This marks North Korea‘s 17th show of force this year and the second weapons test since the inauguration of the Yoon administration.

Japanese Defense Minister Nobuo Kishi confirmed that North Korea fired at least two ballistic missiles. One of the missiles traveled about 300 kilometers and reached a maximum altitude of 550 km. Another missile flew around 750 km at a maximum altitude of 50 km and appeared capable of shifting its trajectory in flight.

But neither South Korea nor Japan has confirmed whether North Korea launched an intercontinental ballistic missile.

The US Indo-Pacific Command (INDOPACOM) headquartered in Hawaii on Tuesday (local time) said it is aware of the multiple ballistic missile launches by North Korea, and is consulting closely with its US allies and partners.

The INDOPACOM said the launches do not pose an immediate threat to US personnel, territory or its allies, but highlight the “destabilizing impact of the DPRK’s illicit weapons program.”

The widely expected missile launches came hours after Biden left the Asia-Pacific region. During his trip there, he committed to enhance the US’ extended deterrence to defend South Korea and Japan against North Korea’s mounting missile and nuclear threats.

Biden and Prime Minister Kishida also underscored the “significance of enhancing bilateral discussions on extended deterrence” during their summit.

The intrusion took place when leaders from the US, Japan, India and Australia were in Tokyo for an in-person meeting of the Quadrilateral Security Dialogue, better known as the Quad, to address key security challenges including China’s rise, North Korea’s development of missiles and nuclear weapons, and Russia‘s invasion of Ukraine.