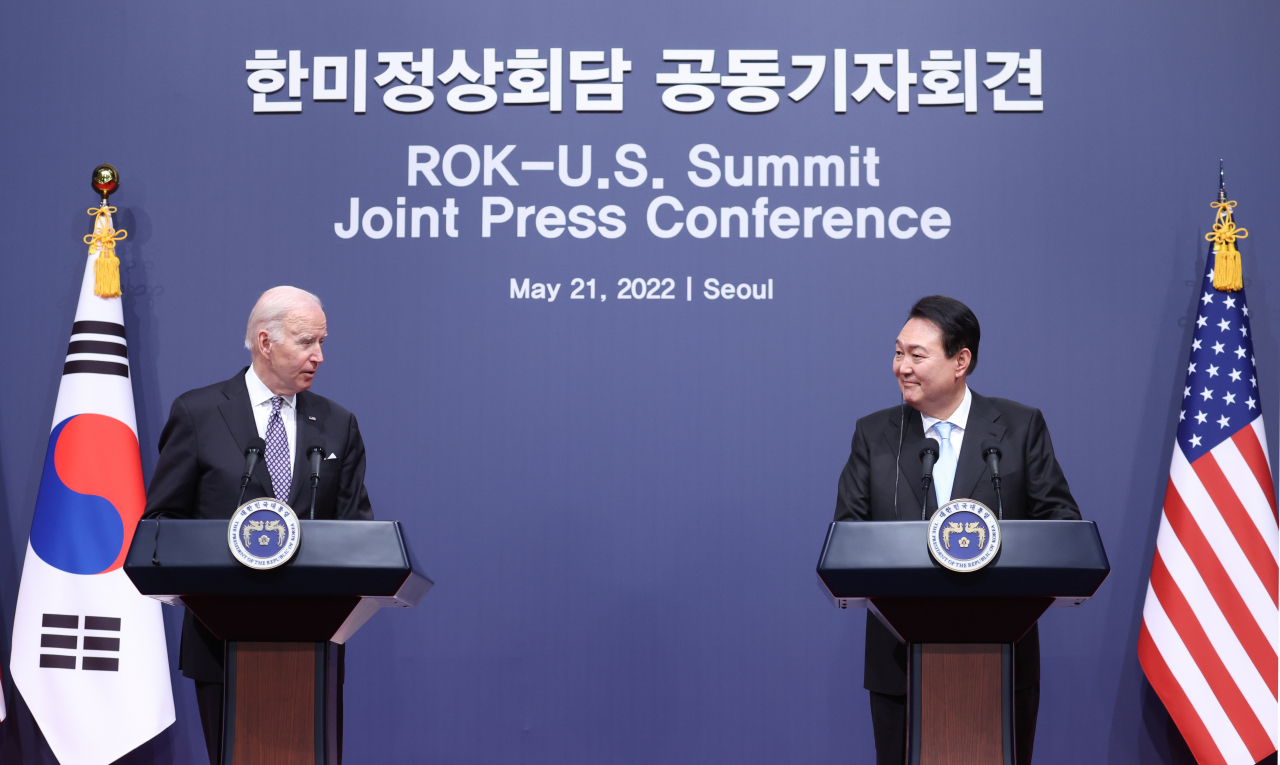 South Korea does not seek to alienate any specific country amid an aggressive campaign to bolster the "economy and tech alliance" with the United States under the new Yoon Suk-yeol administration, a senior government official stressed Monday.

First Vice Foreign Minister Cho Hyun-dong said the government will make simultaneous efforts to strengthen economic and technology partnerships with China, in particular, amid a view that Beijing may feel antagonized or left out due to the conservative Yoon's drive highlighted in his weekend summit agreement with President Joe Biden in Seoul.

The official was responding to a question about ways to cope with a potential conflict between Seoul and Beijing, as Yoon and Biden declared their joint vision for a "Global Comprehensive Strategic Alliance." South Korea has agreed to join the Indo-Pacific Economic Framework (IPEF), a US-led drive seen widely as part of efforts to counter China's growing clout in the region.

Many observers view the Yoon-Biden summit deal as representing a clear shift in Seoul's regional strategy, which had focused on striking a balance between the two global superpowers, under the Yoon government.

South Korea had long placed a priority on beefing up the security alliance with the US and strengthening economic cooperation with China in a de facto two-pronged approach. But the agreement between Yoon and Biden is regarded by some experts and media as heralding a departure from the strategy.

The vice minister dismissed such a view, however, while China has not issued any official response to it yet.

He said the presidents' shared commitment to stronger economic ties between the allies is aimed at building resilient global supply chains between countries that share values and have a competitive edge in advanced technologies, which was fully displayed when they toured Samsung Electronics Co.'s sprawling chip factory together Friday.

South Korea's participation in the IPEF as a founding member, he said, is aimed at becoming a "rule maker" in the negotiation process of fleshing out its details and building a "bridgehead" for the nation's companies to boost their investment opportunities in the region.

"It will provide an opportunity for us to get our interests reflected in building stable, diversified supply chains, developing the digital economy and decarbonization," Cho said.

On the issue of helping North Korea fight against a COVID-19 outbreak, he expressed hope for a "positive response" from Pyongyang before it's too late.