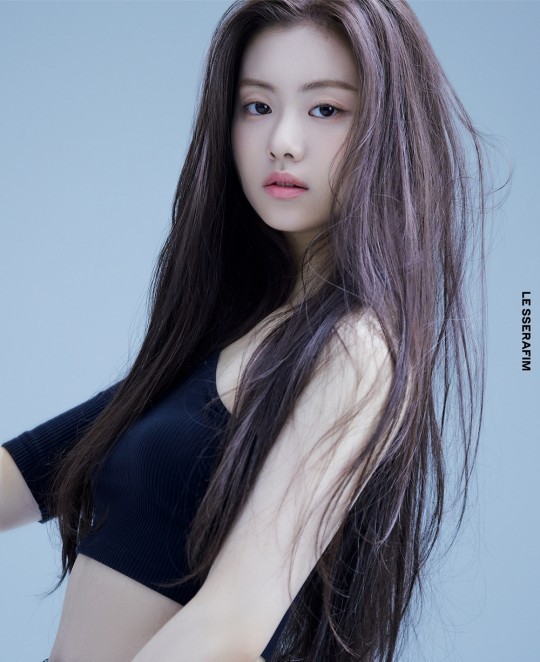 “After discussions with Kim Ga-ram, it has been decided that the member will take a break for a while to ease her mind. ... Until Kim’s return, Le Sserafim will continue with its activities as a five-member act,” the statement read.

Earlier this week, a photo of a document that appeared to be an official record from a school violence committee went viral online. It was a notice of punitive measures to be taken against the perpetrator in the incident, who was named Kim Ga-ram.

The legal representative of the alleged victim in the school violence incident released a statement Thursday, claiming that Kim was penalized in 2018 for taking part in bullying a classmate. Regarding the additional claim, the agency said it will release a formal statement on the recent allegations.

Due to the ongoing controversy, Le Sserafim canceled some of its engagements, including the band’s scheduled appearance on KBS’ music program “Music Bank” and a video fan signing event that was to take place Friday.

Source Music has denied bullying allegations and other rumors regarding Kim, such as underage drinking and smoking. The agency claimed that Kim was also a “victim” of school violence.

“Some of Kim’s classmates invited the member and her friends to a group chat on a messenger. The classmates made fun of Kim and her friends and even cursed them,” the agency said. “If she left the chat, they repeatedly invited her back and criticized her for not responding or ignoring messages.”

The latest claims come nearly a month after the school bullying rumors were first raised in April. The group’s management firm has also begun the process of taking legal action against the spread of false information related to the case.

Le Sserafim is the first girl group launched through a collaboration between Hybe and Source Music. The six-piece act debuted with the EP “Fearless” on May 2. The EP landed atop the iTunes top albums chart in 13 regions soon after its release.