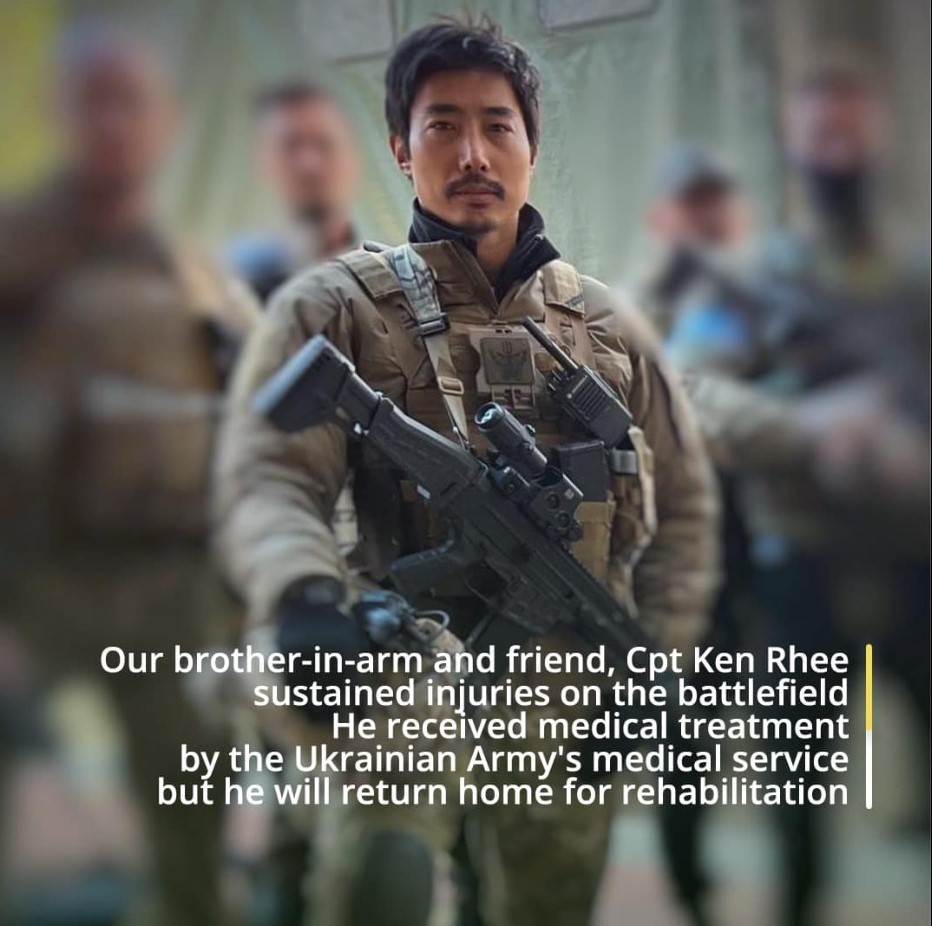 According to a post by the International Legion of Defense of Ukraine on Thursday, Rhee, also known as Ken Rhee, was treated at a military hospital in Ukraine and will return to South Korea for rehabilitation.

“He will soon resume his service and once again defend the Ukrainian people as soon as possible. We wish Ken a speedy recovery and look forward to his return!” the online post said.

The Navy SEAL-turned-YouTuber said that he was injured while leading a special reconnaissance mission behind enemy lines on Sunday.

Meanwhile, Rhee may be subject to legal punishment when he returns to South Korea as he has violated the passport act.

After Rhee claimed that he had left the country to fight as a volunteer soldier in Ukraine in early March, the Ministry of Foreign Affairs released a statement that the government had issued a Level 4 travel warning throughout Ukraine which effectively banned Korean citizens from traveling to (and visiting) Ukraine.

The Foreign Ministry announced that Korean citizens who participate in the war as volunteers may be subject to legal punishment of one year in prison or a maximum fine of 10 million won ($7,878), and would have their passport invalidated.

Rhee is a former Navy SEAL officer, who gained popularity as one of the trainers in the YouTube military series “Fake Men.”