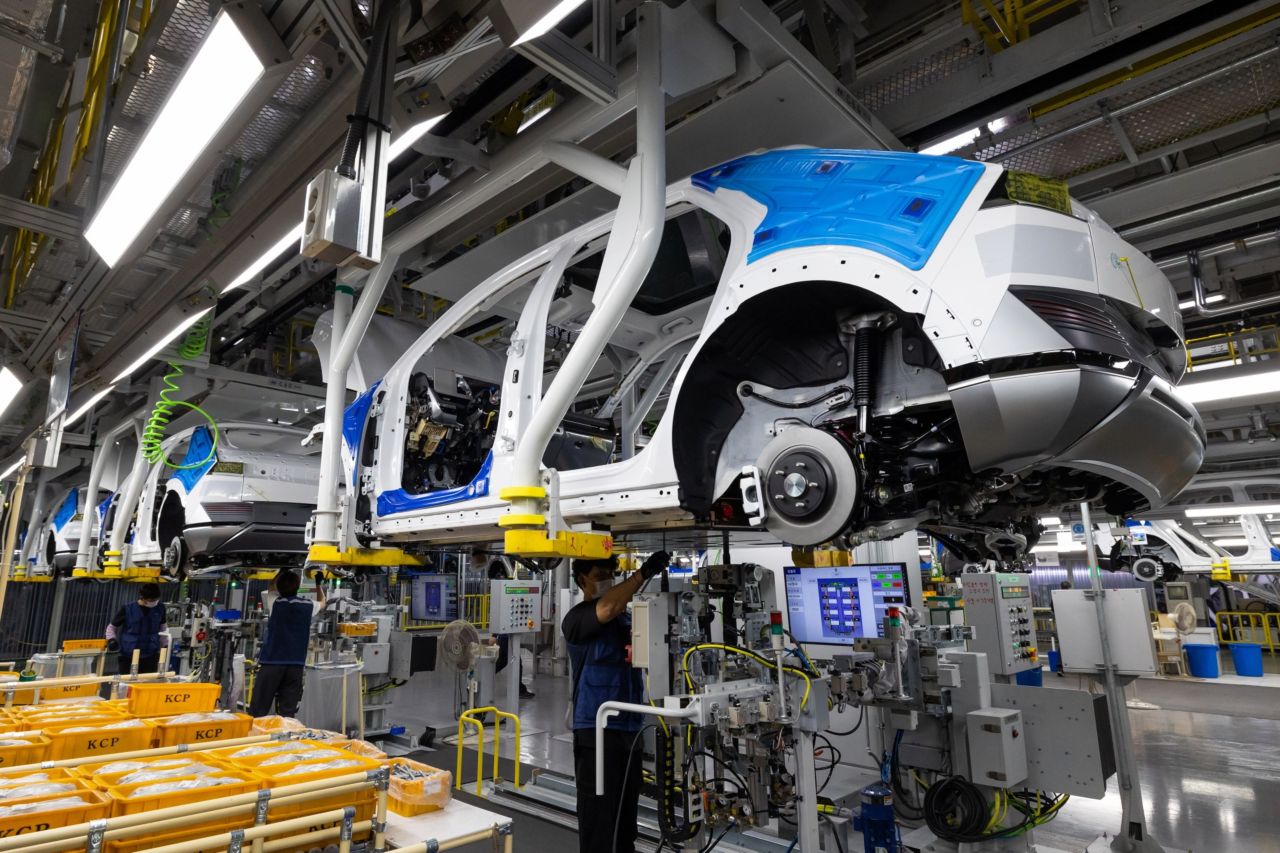 The US president is scheduled to arrive in Seoul later on Friday for his three-day visit for summit talks with President Yoon Suk-yeol.

His planned meeting with the Hyundai Motor chief comes amid reports that the South Korean auto giant will announce a $7 billion investment plan building a new car plant in Georgia upon the president’s Seoul visit.

The new plant is highly likely to focus on electric vehicles, but reports said some gasoline engines could be produced at the site as well.

The world’s third-biggest carmaker by vehicle sales said last year it planned to invest $7.4 billion in the US by 2025 to produce EVs, upgrade production facilities and expand investment in smart mobility solutions.

It aims to elevate the portion of eco-friendly vehicles there to some 50 percent by 2030.

Amid his big push to reshape global supply chains with friendly nations, Biden is increasingly making overtures to South Korea, a powerhouse of essential goods such as chips, batteries and EVs.

Upon arrival on Friday, he is expected to be heading directly to Samsung Electronics’ chip-manufacturing complex in Pyeongtaek, Gyeonggi Province, some 70 kilometers south of Seoul.

President Yoon plans to accompany the visit, with Samsung’s Vice Chairman Lee Jae-yong offering them a personal tour around the facilities.

Following summit talks of the two leaders on Saturday, a welcoming banquet will be hosted by Yoon for Biden and several chaebol group leaders, including those of the top four -- Samsung, SK, Hyundai Motor and LG -- have been invited to join.

Biden’s meeting with the Hyundai Motor chief is likely to be held Sunday morning, as he is scheduled to depart for Japan later in the day.