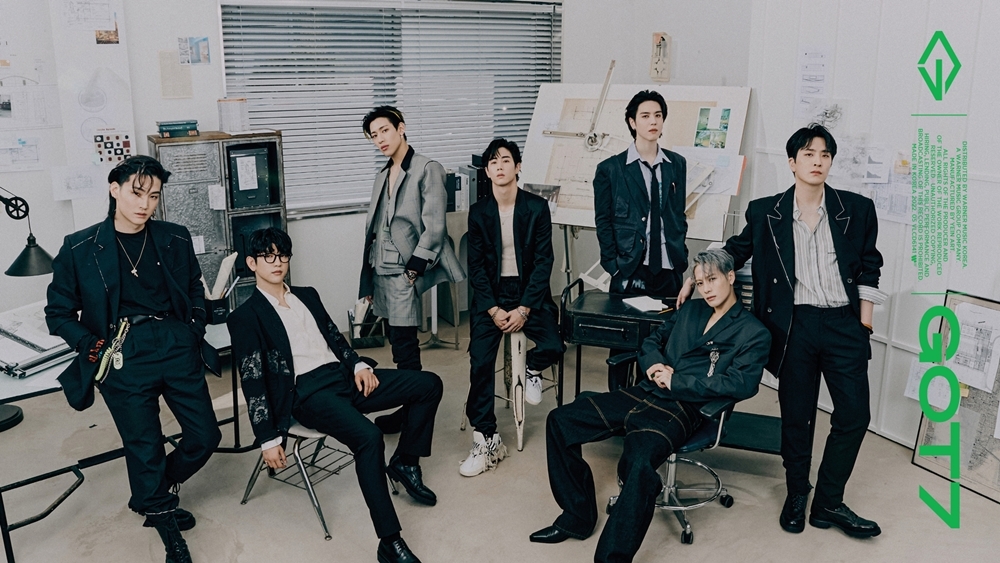 Boy band GOT7 (Warner Bros Korea)
After rumors about GOT7’s new album circulated about a year ago, the boy band finally put a stop to the questions with an announcement of the release of the self-titled EP “GOT7.”

On May 9, the band’s new agency Warner Bros Korea said that GOT7 is currently gearing up for a comeback. Set to be released on Monday, this marks the septet’s return in more than one year since its previous work, “Encore.”

The news first broke on April 22 as local media outlets reported that the band is preparing for a “full group” comeback sometime in May. They added that the bandmates’ solo activities will be put on hold for the time being to focus on their return to music.

Soon after the news made headlines, member BamBam wrote “7” on his social media account, hinting at the group’s comeback as a seven piece.

Through its latest music, the band aims to put out an album that best shows “who GOT7 is” for fans and listeners who have waited for its new batch of songs, according to the agency.

The title of the group’s new album is a self-titled EP penned, written and produced by the seven bandmates.

Leading the six-track package is the title track “NANANA,” composed by leader Jay B. Apart from the titular song, he has also penned two other sidetracks: “Truth” and “Don’t Leave Me Alone.” Main vocalist Young-jae wrote “Drive Me to the Moon,” and Yu-gyeom’s self-composed track “TWO” and Jin-young and Yu-gyeom’s co-written “Don’t Care About Me” will round out the album as well.

Debuting in January 2014 under K-pop powerhouse JYP Entertainment through the EP “Got it?” GOT7 has carved its own path as a performer and self-produced idol group. The band then found global fame in and out of the country through megahits like “A,” “Just Right, “If You Do” and “Hard Carry.”

But the seven bandmates announced their departure from the agency last year to embark on their solo journeys in music, fashion and acting.

Mark continued his musical career, dropping a slew of English-language singles, with Jackson doing the same. Jay B, Young-jae, Yu-gyeom and BamBam have focused on their careers in Korea by joining a new entertainment label here, while Jin-young turned to a series of acting projects.

Despite having wrapped up its promotions as a whole group, GOT7 promised fans it would continue to be active as a group.

The group seems to have fought off the seven-year jinx, the period after which contracts for most K-pop bands expire and when groups fall apart. After the group parted ways with the company, the seven bandmates released the digital single “Encore” to prove to fans they were here to keep their promises.

And as the title of the album suggests, “GOT7“ signals a new beginning as it is the K-pop act’s second return since its departure from JYP and its first comeback under the new agency.

Ahead of releasing the new album on Monday, the septet will meet fans in person through a fan concert titled “GOT7 Homecoming 2022 FanCon.” The two-day event will be held from Saturday to Sunday at the SK Olympic Handball Stadium in Seoul. The second day of the event will be held offline and online, and the band will showcase new songs from its upcoming album.

This marks the band’s first official fan event in more than a year since it last hosted an online fan meeting in December 2020 to celebrate its sixth anniversary.