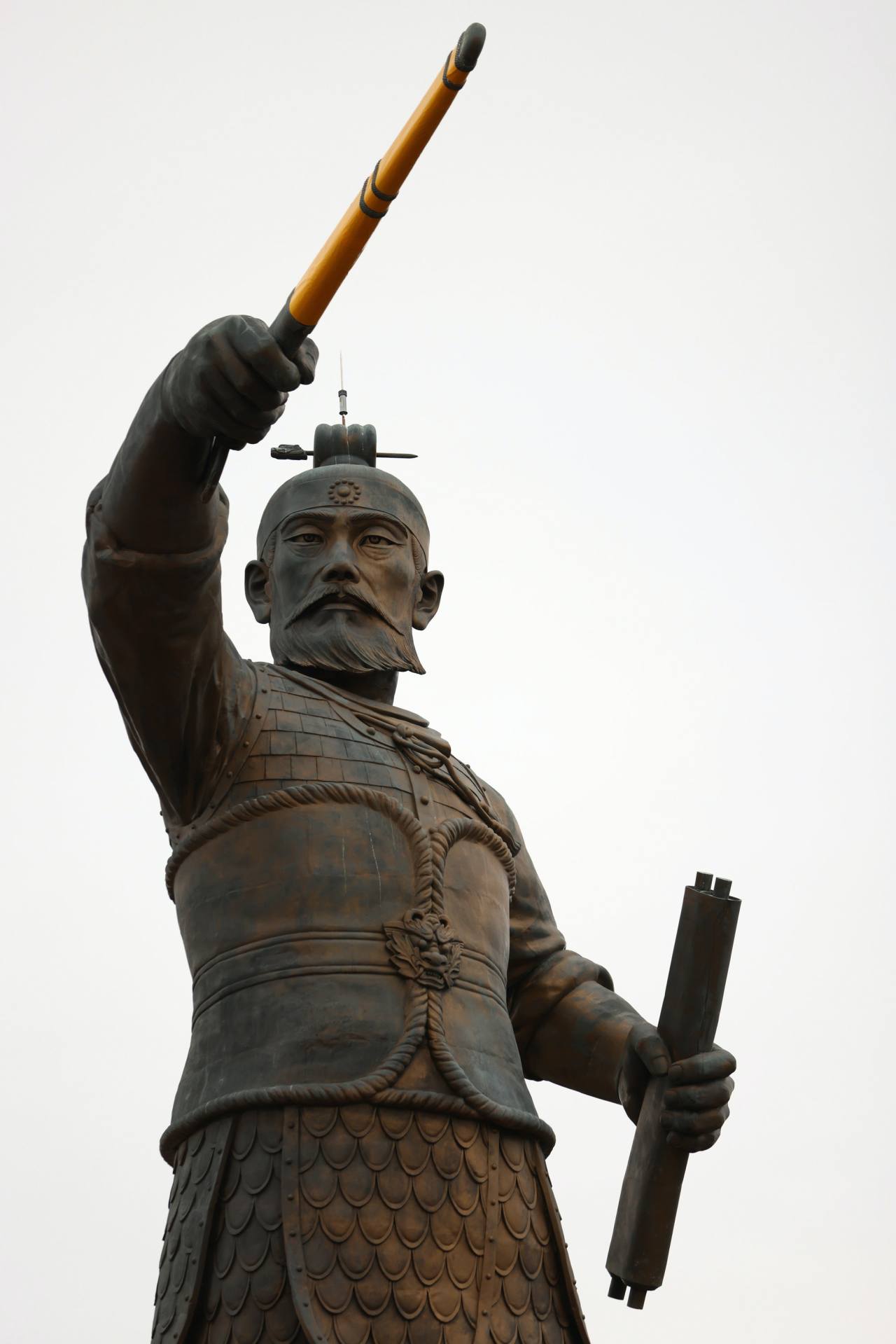 Statue of Jang Bo-go in Wando, South Jeolla ProvincePhoto © Hyungwon Kang
In Korea’s long history of seafaring, ancient seafarers mastered navigating the open seas when they finally deciphered the secrets of the direction of the magnetic north.

Conquering the seas has defined great empires in history as seen in the Baekje Empire (18 BC-AD 660)’s prominent presence surrounding the West Sea (officially known as the Yellow Sea) and its sailors’ reach into lands where elephants and monkeys roam.

“One of the reasons why Baekje dominated the open seas early on was its advanced navigation technology, as demonstrated by the fact that Baekje scholar Wang In traveled to Japan by boat at the end of the fourth century,” said Bok Gi-dae, a professor of archaeology and director of the Gojoseon Research Institute at Inha University in Incheon.

“During the third and fourth centuries, Baekje navigated across open waters of the Balhae Bay and conquered the western part of Balhae Bay, establishing Yoseo (Western Liaoning) and Jinpyeong districts. The largest island in Balhae Bay was named Baekje Island,” said Bok.

Wang, better known in Japan as Wani, is credited with having introduced the Hanja writing system to Japan. Wang is from the coastal city of Yeongam in South Jeolla Province.

“Baekje ships have sailed many oceans with various ocean currents. In order to navigate the oceans and not just navigate around the coastline, you can’t just rely on star constellations. You need a compass,” Bok said. 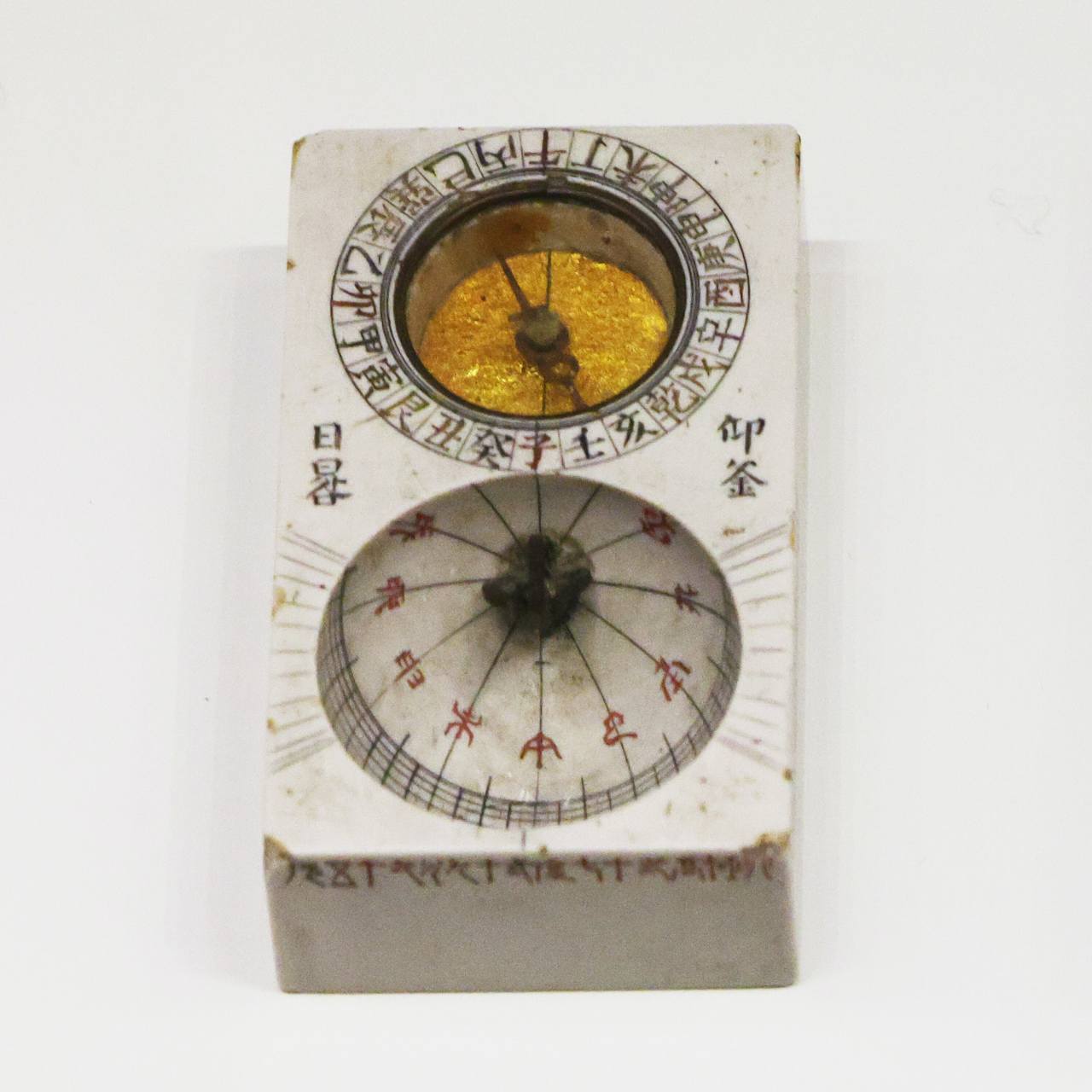 A nachimban with a sun dial from the Joseon period is on display at the National Museum of Korea in Seoul. Photo © Hyungwon Kang
A magnetic compass is called “la chim pan” in Hanja characters. East Asians have used the word, short for “sil-la chim pan,” which means the pointed needle of Silla. La chim pan in South Korea is pronounced “nachimban.”

Lodestone is the natural magnetic stone used in making nachimban, which was naturally available in the Korean Peninsula. The word magnet is from “magnetite,” used to describe the magnetic lodestone. Magnetite is derived from the Greek myth of Magnes, the shepherd who first discovered that the nails of his shoes and the metal tip of his staff were attracted to a magnetic stone on Mount Ida while he was pasturing his herds.

“Samguk Sagi,” a historical record of the Three Kingdoms of Korea -- Goguryeo, Baekje and Silla -- documents that in January of 669 “a Tang dynasty monk named Beopan came to Silla in search of lodestones.” The book also records that in May of 669 “two boxes of lodestones were sent to the Tang dynasty” from Silla.

Japanese monk Ennin (794-864), of the Tendai school of Buddhism, kept a diary of his travels in China. It was translated into English by Harvard researcher Edwin O. Reischauer under the title, “Ennin’s Diary: The Record of a Pilgrimage to China in Search of the Law.” It ranked among the best travelogues in world literature, chronicling the Silla people and their colonial settlements in Tang territory. 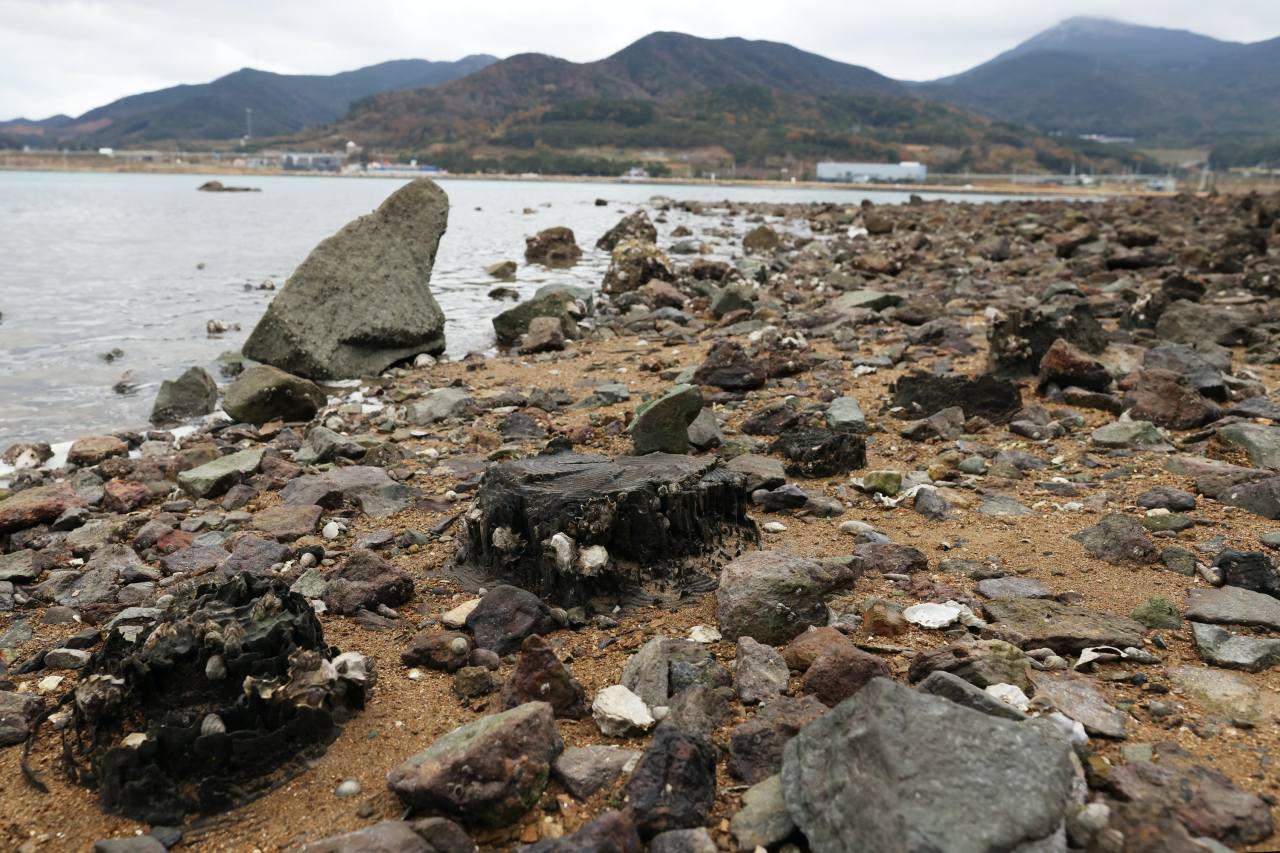 A row of 1,200-year-old dock pilings stretches more than 331 meters at the Cheonghaejin Garrison, which was established in 828 by Jang Bo-go.Photo © Hyungwon Kang
Ennin had traveled to the Tang dynasty aboard Silla ships and returned home with help from Jang Bo-go and his fleet of “efficient and fast Silla ships,” which carried him back to Fukuoka City.

Jang was an international maritime trader who ruled the waters of East Asia during the reign of the 42nd king of Silla, King Heungdeok (777-836).

“Silla ships had a V-bottom design, which is suitable for fast travel compared to the flat-bottom design of ships that navigate not too far from land,” said Lee Moon-kyo, a docent at the Chang Po Go Memorial Hall in Wando, South Jeolla Province. The Memorial Hall is dedicated to Jang.

“According to Ennin’s diary, Silla sailors used geographical navigation in which people navigated by calculating direction and distance. They also used observational navigation based on the night sky’s stars and navigation using a magnetic compass called nachimban on cloudy days crossing the open seas,” said Bok.
According to Ennin’s diary, a Silla ship which he was on April 16, 839, “traveled on a cloudy day looking like it would rain, and I couldn’t see anything.” On the following day, Ennin wrote, “The rain had stopped early in the morning, but the clouds are thick.”

It seems probable that Silla sailors were using the Silla compass called la chim pan, which allowed them to navigate the open seas even when their visibility was compromised. 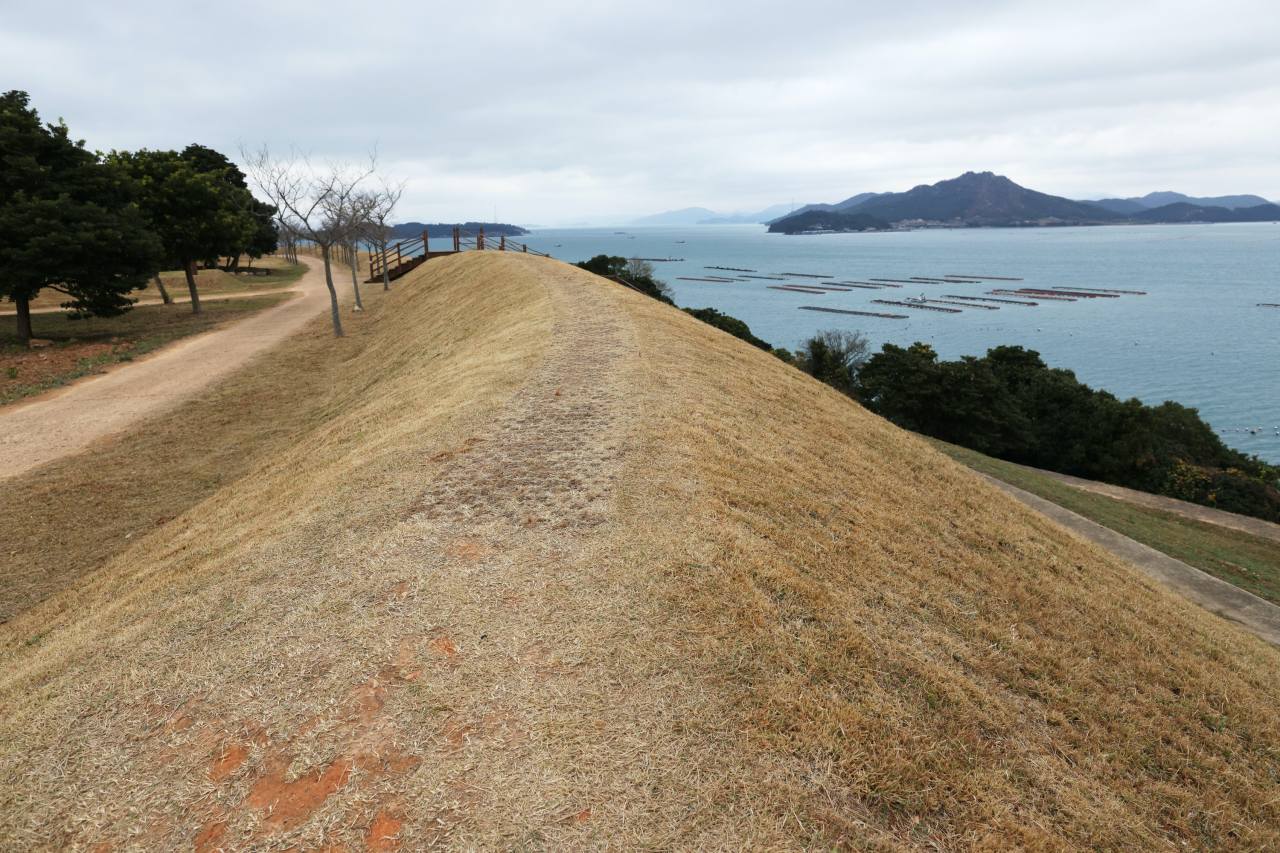 Jang Bo-go’s Cheonghaejin Garrison fortress which was established in 828 on Wando, South Jeolla ProvincePhoto © Hyungwon Kang
Ennin documented that even after the Silla ship sustained damage to its hull, the ship continued sailing without sinking. The compartmentalized water impermeable hull design was the secret to Silla’s ships staying afloat even when they were damaged.

Researchers believe a typical Silla merchant ship with a V-bottom was capable of carrying some 150 persons and 300 metric tons of cargo.
The V-bottom, a cutting edge design at the time, was exported to Japan according to historical records.

Some 14 centuries later, the ancient la chim pan from Silla has evolved into an electronic gyro compass of the 21st century, which accurately shows the direction of true north using the force of gravity and the rotation of Earth.

“Compared with up to 0.2 degree errors in the gyro compass, a magnetic compass can be off by as much as 10 degrees at times, such as when you’re near Cheongsando in Wando County, South Jeolla Province in the southern waters of Korea, where the area is mostly iron ore,” said Capt. Lim Hee-kun, who navigates frequently in open waters transporting fossil fuel from the US and the Middle East to Europe and to East Asia.