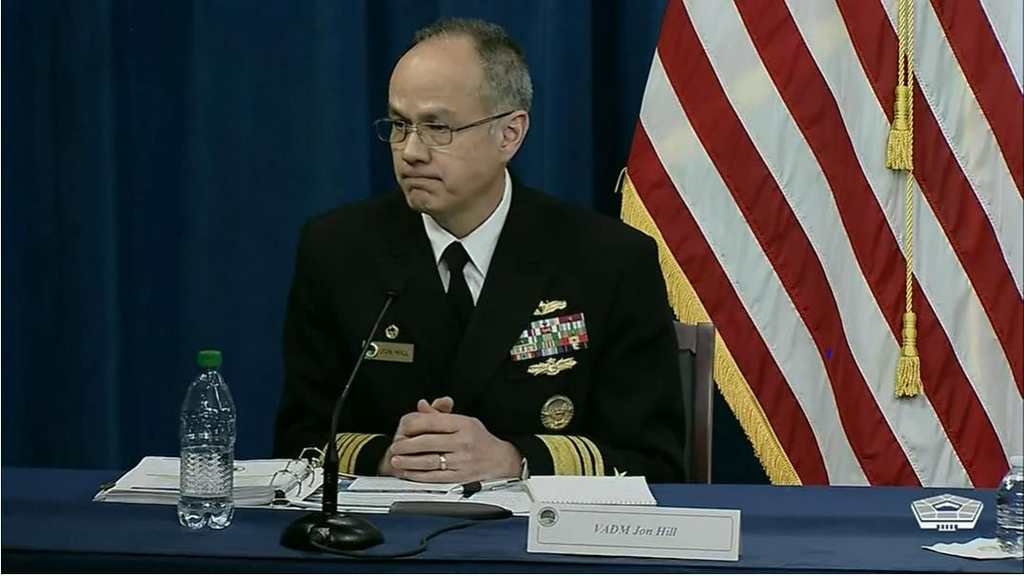 WASHINGTON -- North Korea does not appear to have developed a hypersonic missile, but its tests to develop such a system warrant US concerns, the head of the US Missile Defense Agency said Wednesday.

"They claim to have developed hypersonics," Vice Adm. John Hill said when asked if the North is developing hypersonic missiles in a hearing before the Senate Subcommittee on Strategic Forces.

"But in terms of what we have seen, in terms of data, I'm not entirely confident that they have that capability today, but the fact that they are testing it ought to be of concern," he added.

North Korea has staged 16 rounds of missile launches so far this year, including seven rounds in January alone that marked the largest number of missile tests it has conducted in any given month.

"North Korea continues to improve, expand and diversify its conventional and nuclear missile capabilities, posing an increasing risk to the US homeland and US forces, allies and partners in the region," he said in a written testimony submitted to the Senate subcommittee.

"Most of North Korea's ballistic missiles have an assessed capability to carry nuclear payloads," the released statement said.

Gen. Glen VanHerck, commander of the US Northern Command and the North American Aerospace Defense Command, however, said the US currently remains capable of defending its homeland and territories against North Korean missile threats.

"I'm comfortable with my capability to defend Hawaii against ballistic missiles from a rogue actor, such as North Korea today," he told the hearing. (Yonhap)