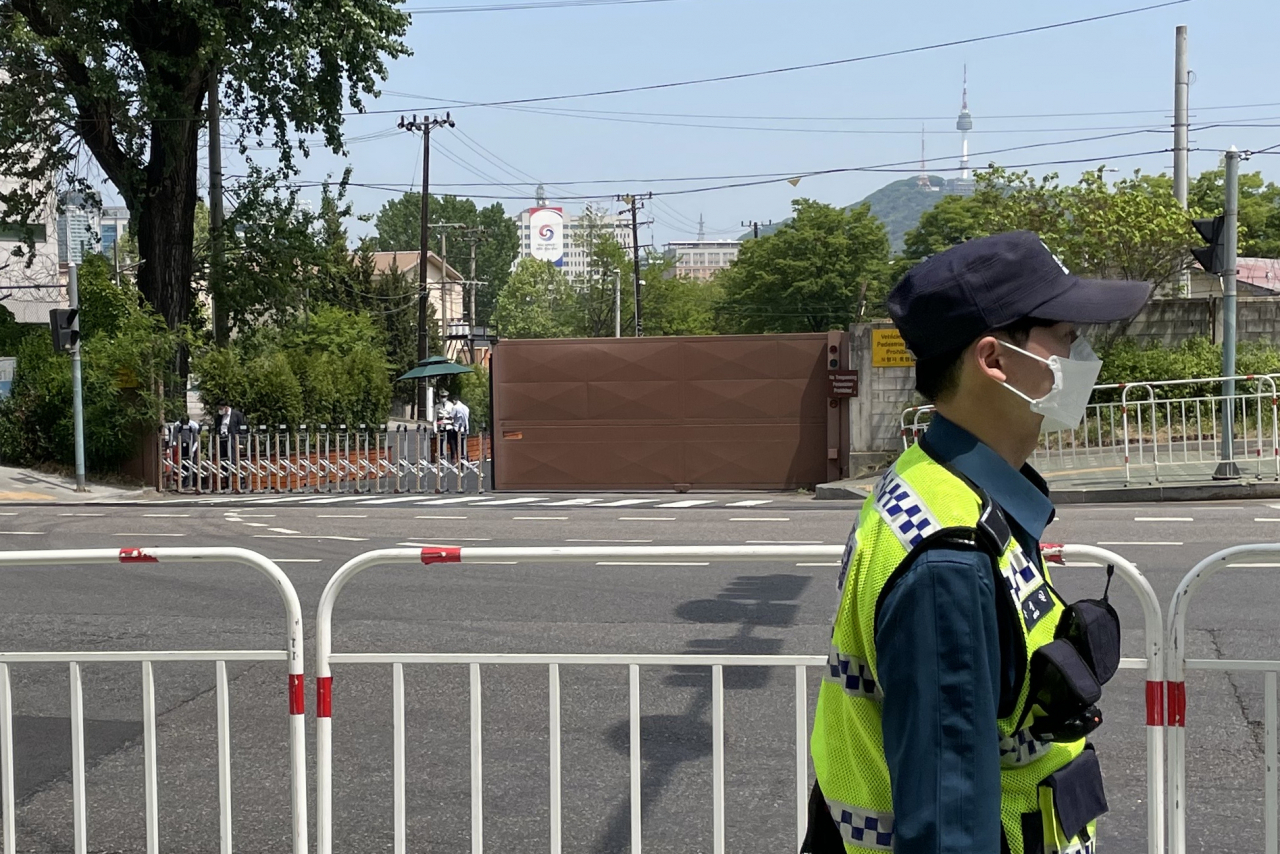 A police officer patrols an area near the new presidential office in Seoul's central district of Yongsan. (Yonhap)

Police have decided to continue to ban demonstrations within the 100-meter radius of the new presidential office in Seoul's central district of Yongsan, sources said Friday.

The Seoul Metropolitan Police has recently instructed the Yongsan Police Station and nearby police forces to give a notification of prohibition to those filing for permission to stage rallies near the presidential office, according to the sources.

Since President Yoon Suk-yeol relocated the presidential office to Yongsan earlier this week, police have banned protest rallies and marches in nearby areas, citing safety, traffic congestion and noise concerns.

The Seoul Administrative Court, however, ruled against the ban Wednesday, allowing a LGBT rights group to conditionally stage a rally close to the presidential office in a decision over an injunction request.

Despite the court's decision, police internally decided to retain the anti-demonstration policy, the sources said. The police also appealed the injunction decision to a higher court a day earlier at the instruction of the Ministry of Justice.

Police plan to receive all requests for permission to hold rallies and make decisions on whether to grant them in a case-by-case manner, a police official told Yonhap News Agency.