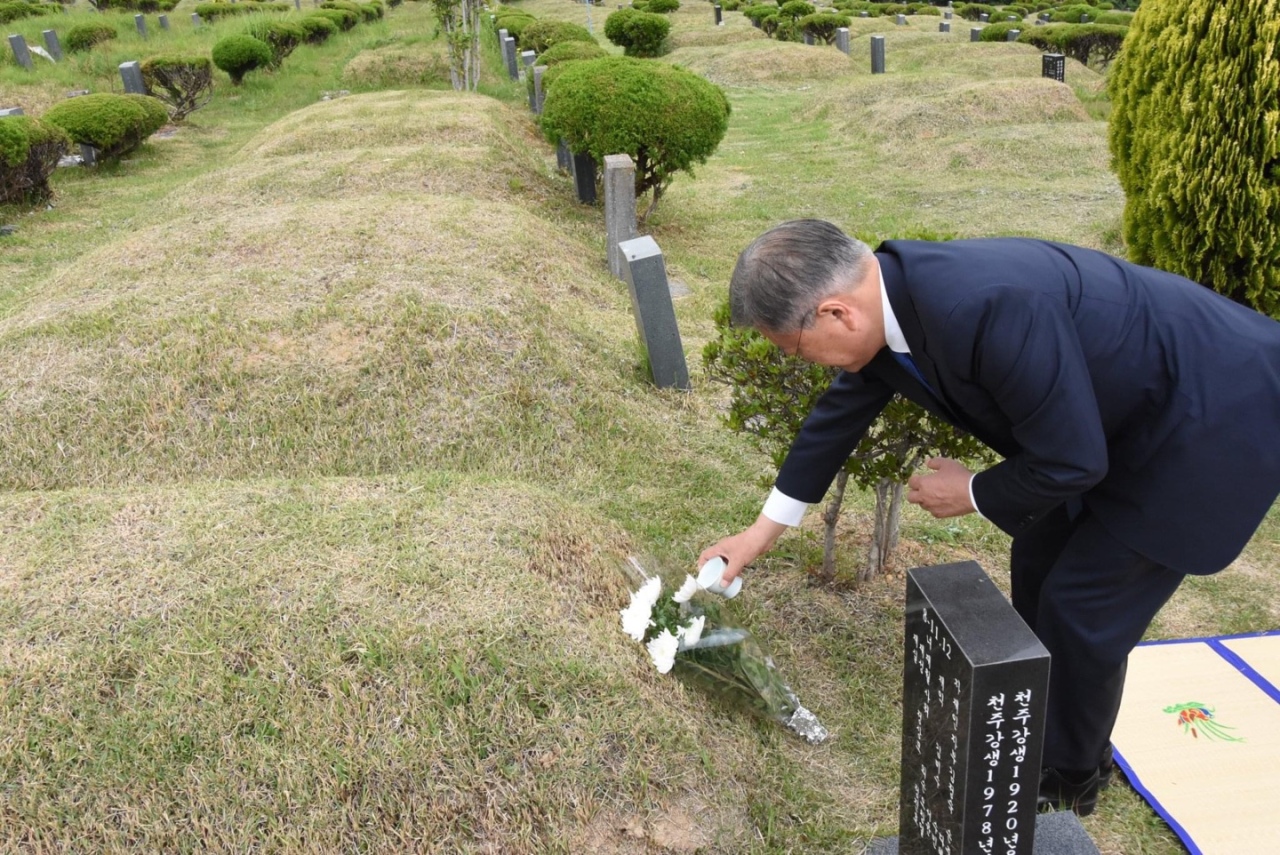 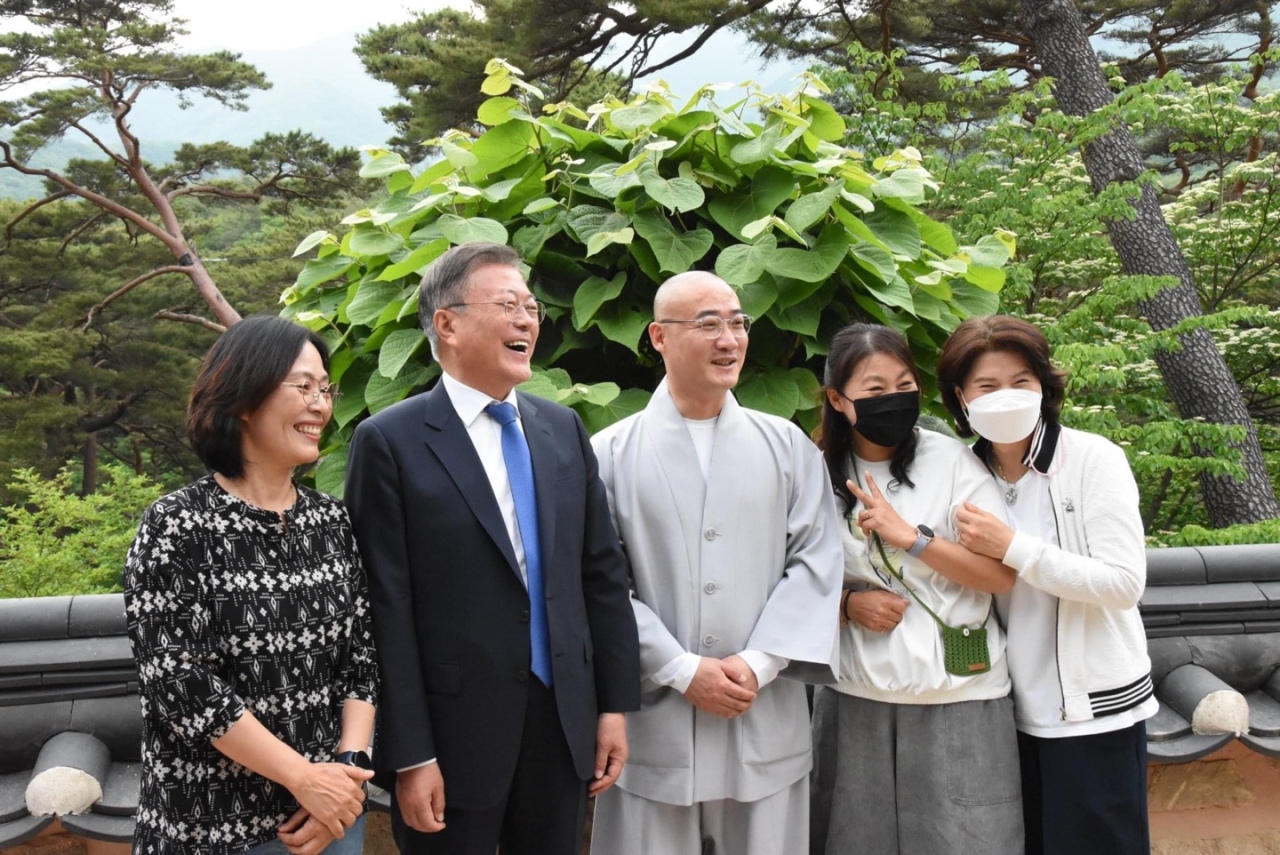 
Moon revealed that he visited his parents’ graves and a temple near his house in Yangsan, South Gyeongsang Province, via posts on his Facebook and Twitter late Thursday.

“Coming out for first time after returning to my hometown. I paid respects at my father and mother’s graves, and also visited Tongdosa temple,” Moon wrote.

At the temple he said he paid respects at the shrine and had tea with the chief monks.

“My house is just next to the Tongdosa’s fence, and my friend Seung Hyo-sang said he referred to the structure of the temple when he was designed (my house). So we exchanged jokes that my house has become a ‘branch temple,’” Moon said.

Seung is an architect and designed Moon’s new house.

“I have yet to finish organizing my house, and my companion animals, five dogs and one cat, are still settling in, but I am doing well.”

Tongdosa is a temple of the Jogye Order of Korean Buddhism and a Unesco World Heritage site about 10 kilometers from Moon’s new house.

In another post, Moon’s secretarial office uploaded pictures of Moon, and said it would also make posts occasionally in addition to what Moon writes himself.

Moon moved to Pyeongsan-dong in his hometown of Yangsan, Tuesday, after attending the presidential inauguration ceremony. His five-year term ended Monday.

The former president had said he wants to live as a “forgotten person” after retirement, in a press conference in 2020. 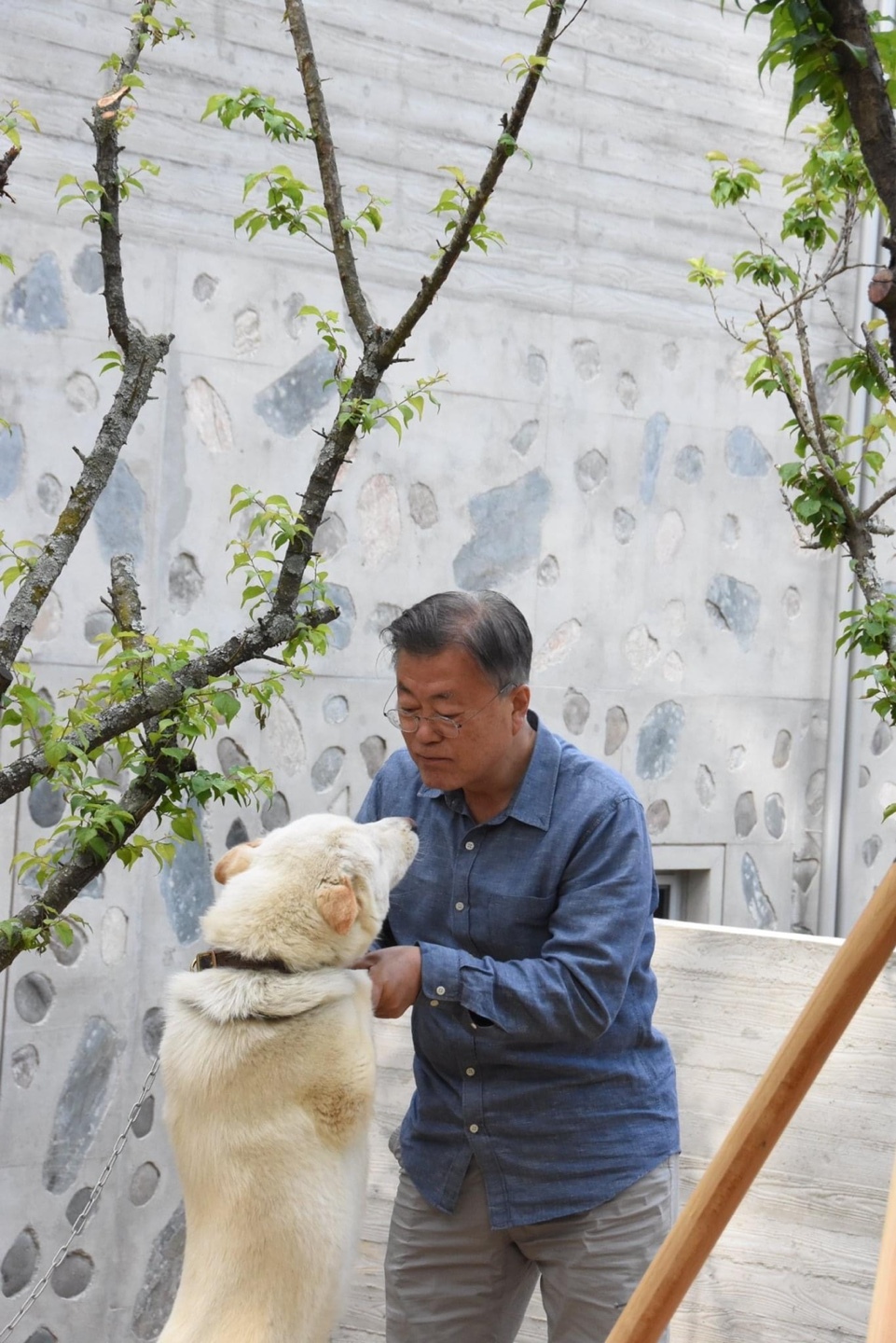