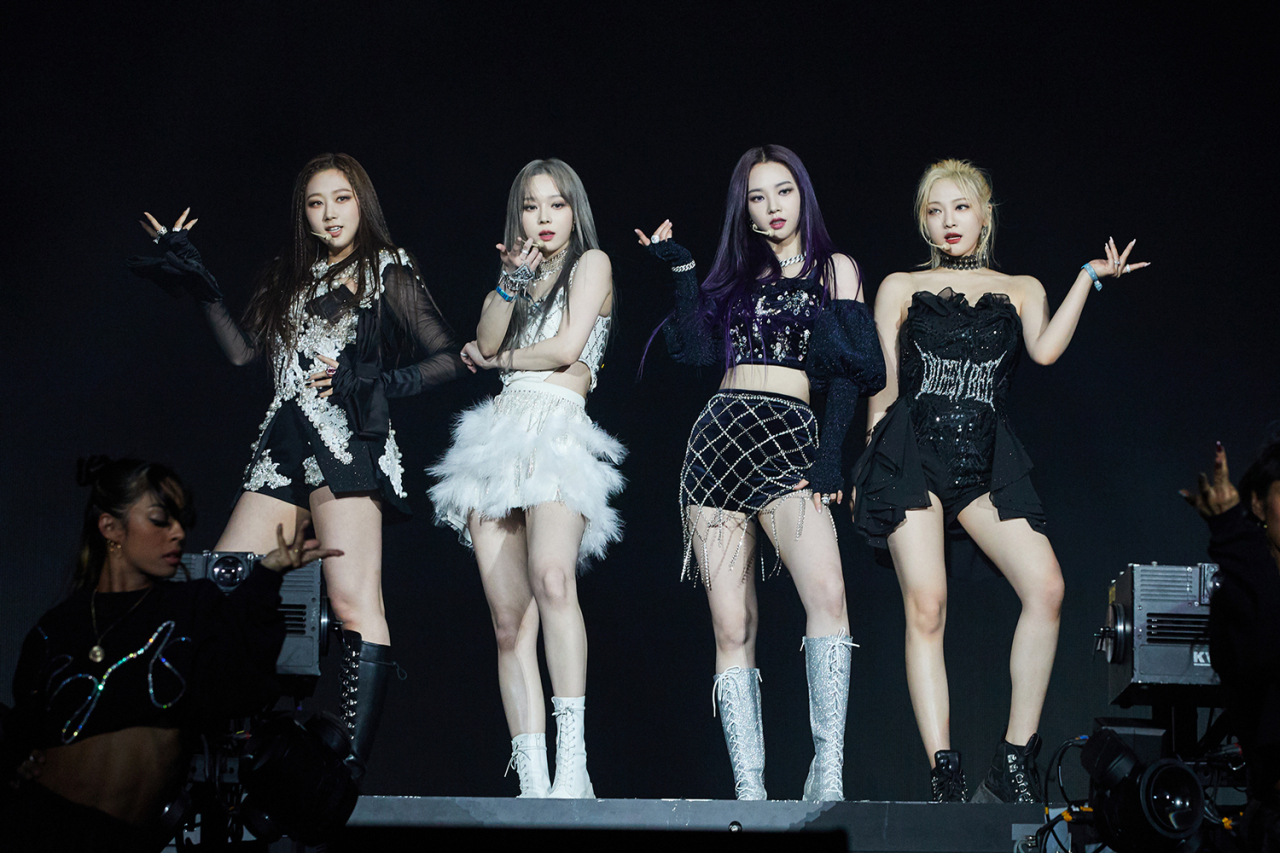 South Korean girl group aespa has been chosen as one of the Next Generation Leaders by the US news magazine TIME.

Since 2014, the magazine has annually announced the list featuring trendsetters and trailblazers who are guiding the way to a brighter future.

"aespa is an experiment, but it may also be the inevitable next step for the music industry: a fresh way to bridge the virtual and the real," it commented of the rookie group, unveiling the list Wednesday (US time).

Debuting in November 2020 under K-pop powerhouse SM Entertainment with a unique metaverse-based concept, the quartet shot to fame for its debut single "Black Mamba" and follow-up songs "Next Level" and "Savage."

The magazine noted aespa's global success with only a small discography, with their first EP "Savage" debuting at No. 20 on the Billboard 200, the highest ranking for any album by a K-pop girl group. The music video for its debut song "Black Mamba" also surpassed 100 million views faster than any other K-pop debut.

In April, the group became the first Korean girl group to perform on the main stage of the Coachella Valley Music and Arts Festival, the largest outdoor music festival in the United States. (Yonhap)