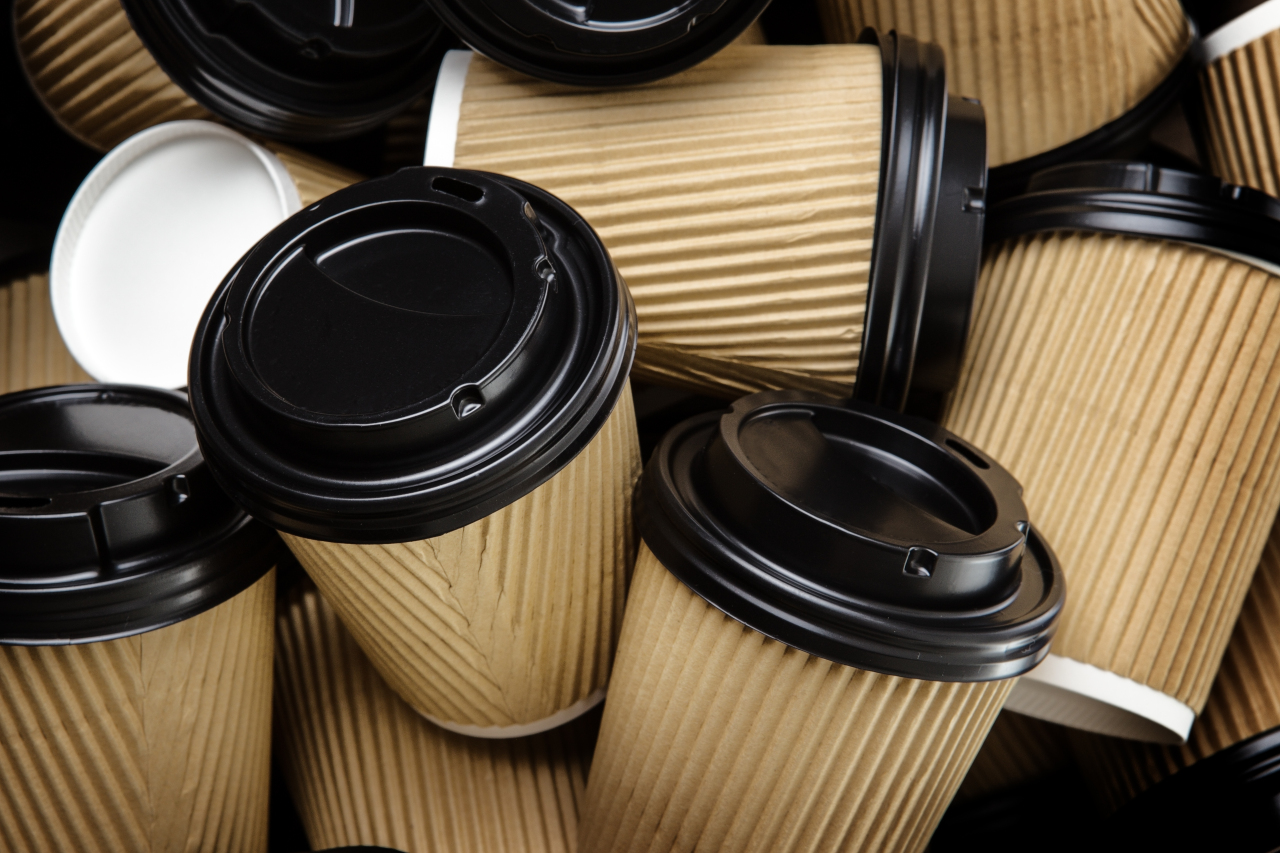 (123rf)
The use of disposable cups has soared during the pandemic years, with the annual number exceeding 1 billion for the first time last year, a report showed Tuesday.

According to an Environment Ministry report submitted to Rep. Lee Joo-hwan of the ruling People Power Party, the number of single-use plastic and paper cups consumed at 14 cafe and four popular fast-food chains was 4.34 billion over the past five years.

The average over the past five years was 870 million.

Despite a surge in disposable cup use, the return rate remained at less than 30 percent, the report said.

Of the single-use cups consumed during the five years, only 27.5 percent, or 238.57 million cups, were returned to the stores for recycling.

Almost 80 percent of the cups were plastic, with the return rate of paper cups standing at 22.2 percent.

The report said more concrete measures should be made to facilitate public awareness about reducing disposable cup use.

As part of the efforts, the Environment Ministry plans to launch a new deposit system from Dec. 2 that obliges franchise brands with more than 100 outlets to charge customers an additional 300 won per cup. The deposit money will be paid back when the cup is returned to the store.

According to a recent survey conducted by research firm Korea Research in April, 81 percent of 1,000 respondents said they were willing to embrace some inconvenience caused by the deposit system.

Under the new scheme, the ministry said, the return rate of disposable cups could reach some 90 percent.

In order to further accelerate the return rate, the ministry has also earmarked a budget of 8.75 billion won ($6.35 million) to install uncrewed cup collectors at some 500 public locations and 1,000 franchise stores nationwide.

The use of disposable items, including single-use cutlery, toothpicks and plastic tablecloths, has been banned since April after a three-month grace period due to the coronavirus pandemic.

If caught using disposable products, 500,000 to 2 million won’s worth of fine is imposed depending on the size of the store and the accumulated number of violations.

However, currently, local governments have tentatively suspended the imposition of fines for violations, considering many small businesses have been hit hard by the pandemic.

Considering the infestation rate of the pandemic, the imposition of fines for using disposable products in stores is scheduled to take effect on Nov. 24.

“Abrupt change in the way people use disposable products will not yield practical results. We are gradually implementing fining system and deposit system to let such custom permeate into our lives, so that neither customers and store owners object to this,” said Park Yong-beom, an official from Environment Ministry.