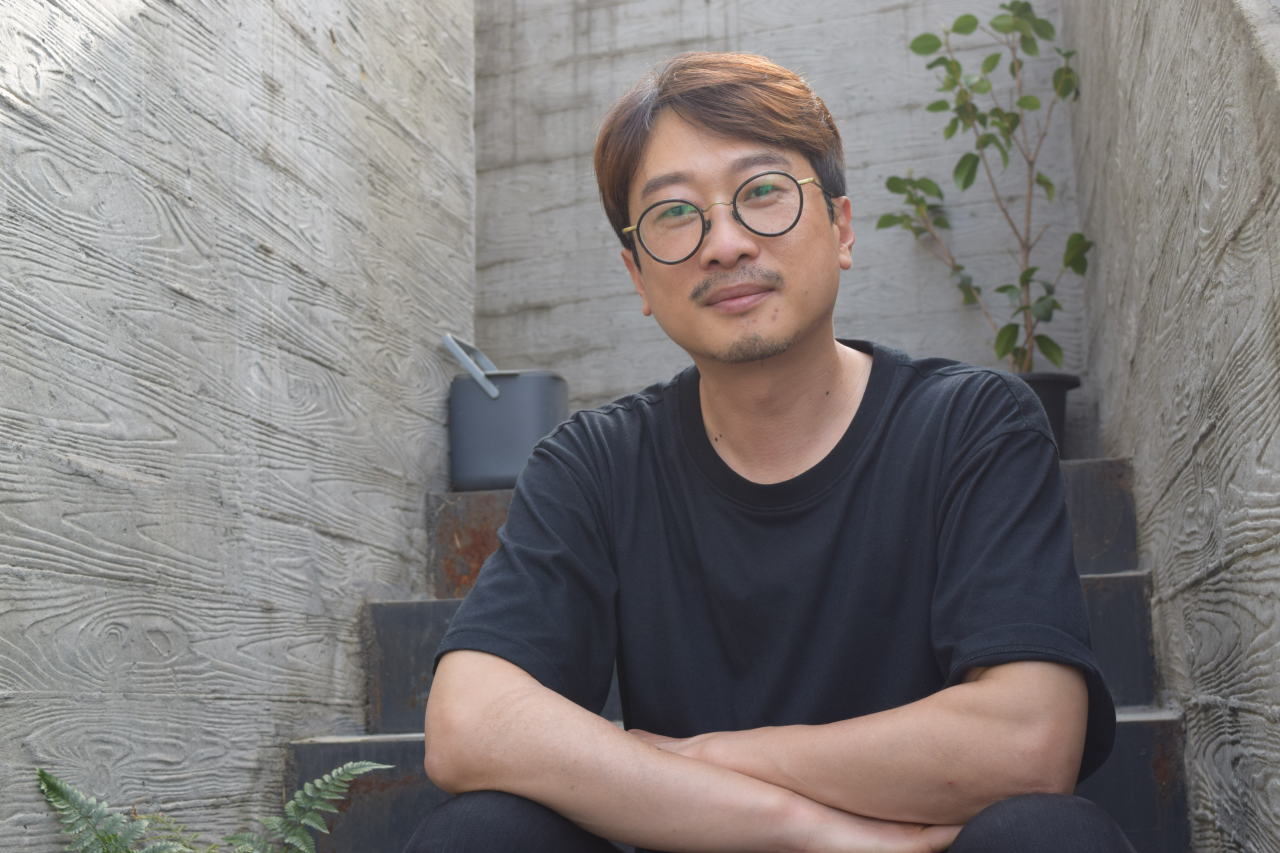 Seo Myeong-whan, CEO of Mijeoggamgag, poses at an interview with The Korea Herald at his office in Yeonhui-dong, Seoul, April 26. (Kim Hae-yeon/ The Korea Herald)
The fame of “K-food” was not built in a day.

Korean cuisine, an important component of the country’s soft power along with K-pop and K-dramas that have a relatively short history, dates back centuries, with written records of it going back to the Three Kingdoms period (57 BC–AD 668).

In metropolitan cities, fine dining restaurants that serve ornate contemporary Korean cuisines and small eateries with bite-sized Korean snacks are easy to find. However, places that serve traditional food in manners and style that Korean ancestors used to enjoy are hard to find.

Fortunately, there are those who are committed to studying, recording and passing down the traditions of Korean cuisine. One such person is Seo Myeong-whan, a food researcher and CEO of Mijeoggamgag, a food consulting and cooking class center. 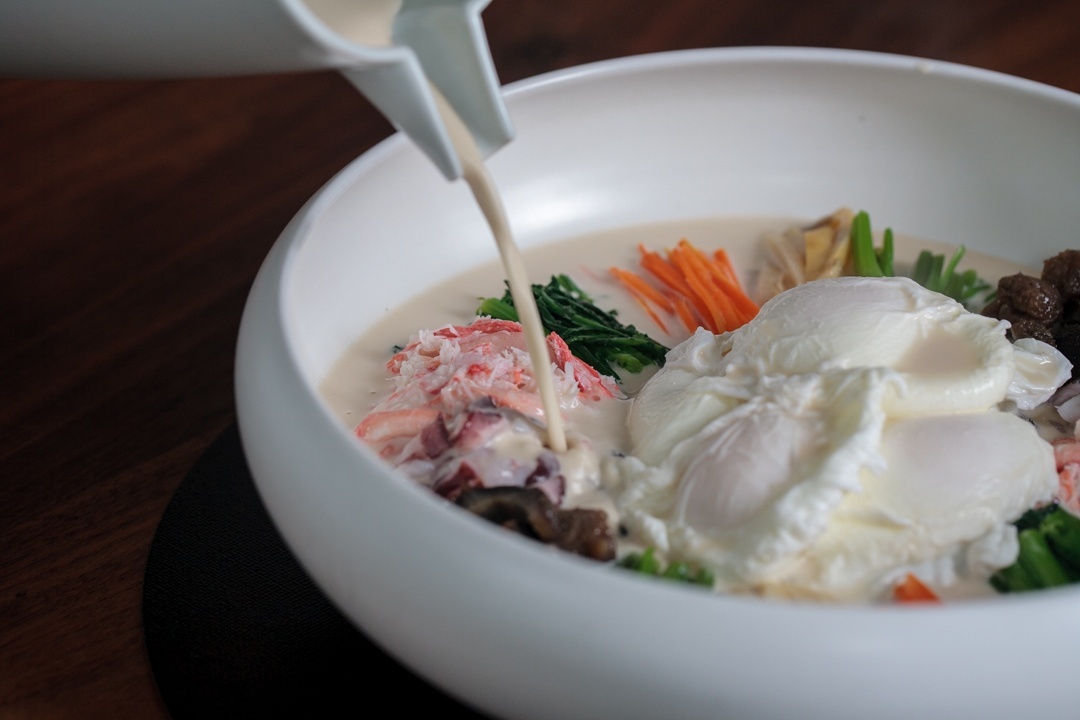 Poached egg with vegetables, one of the dishes served at royal court banquets during the Joseon era, as prepared by Seo (Mijeoggamgag)
"My job is different from that of typical chefs or food researchers. I advise and instruct restaurant owners, chefs, apprentices and novices who seek the original and traditional Korean food,” said Seo on a recent afternoon at Mijeoggamgag in Yeonhui-dong, northern Seoul, during an interview with The Korea Herald.

For over 20 years, Seo has been teaching and advising leading entrepreneurs, restaurateurs and individuals who simply wish to cook Korean food in the traditional way.

“When I was young, my father always took a spoonful of homemade soy sauce before starting his meal. The right amount of saltiness stimulated his appetite and helped digestion,” he said. 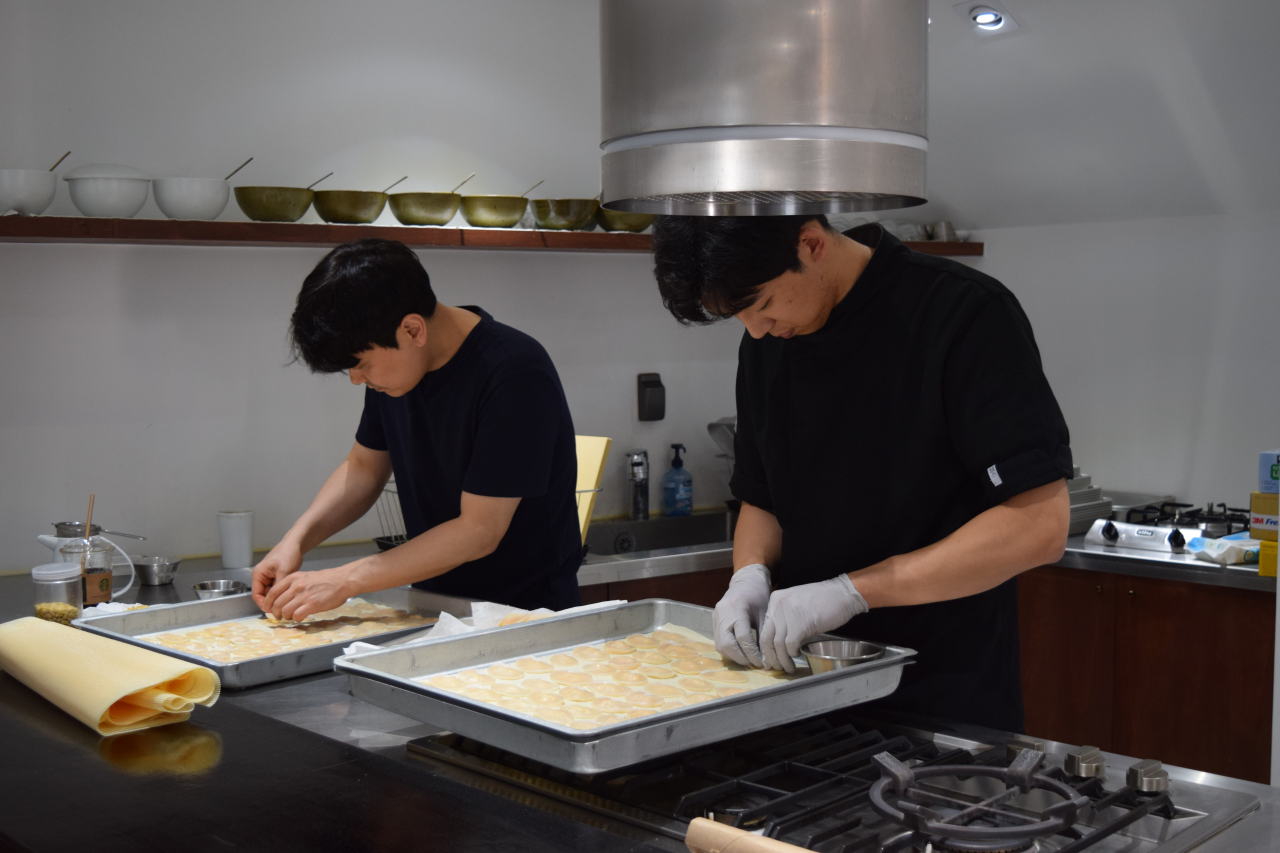 Apprentice chefs prepare scallops for a seasonal dish at Mijeoggamgag. (Kim Hae-yeon/ The Korea Herald)
Born in Jinju and raised in Tongyeong, both in South Gyeongsang Province, Seo said what appeared to be an everyday practice at his family’s dining table held the wisdom of the elders that he only realized later while studying Korean food.

Seo began working at a big Korean restaurant in Jinju in the late 1990s. Whenever Seo, an apprentice cook, tried to find out and record the recipes, the chefs would yell at him, keeping the knowledge and know-how to themselves.

“They told me that the kitchen is a place to work, not to learn. But I was certain that there were many beginners who wished to see and learn the exact recipes, step by step. After work, I started digging into old Korean culinary archives and recipe books,” he said.

Seo would travel far to get his hands on old books on traditional cuisine. Among them are rewritten versions of those first recorded in the 1670s. 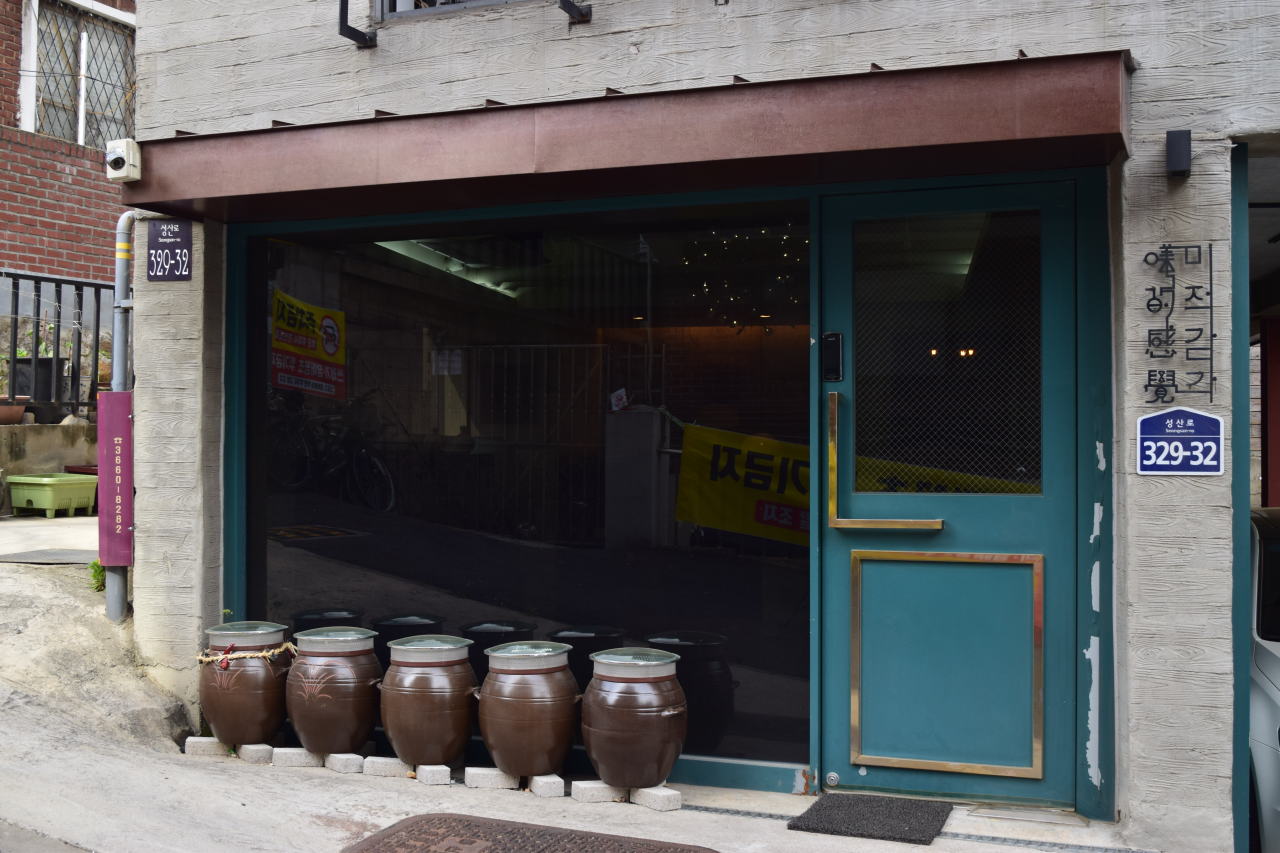 Jangdok, traditional earthenware jars, are on display at Mijeoggamgag. (Kim Hae-yeon/ The Korea Herald)
“Fermented foods and sauces, such as kimchi, jeotgal, ganjang and doenjang, are the main sources that give unique flavors to Korean food. But some Michelin-starred Korean restaurants today do not pay attention to making proper fermented sauces, which is quiet ironic,” he said.

When teaching cooking classes, Seo emphasizes the importance of time and patience involved in the process of making fermented foods, which he calls the first and the last step of a “decent Korean dish.” 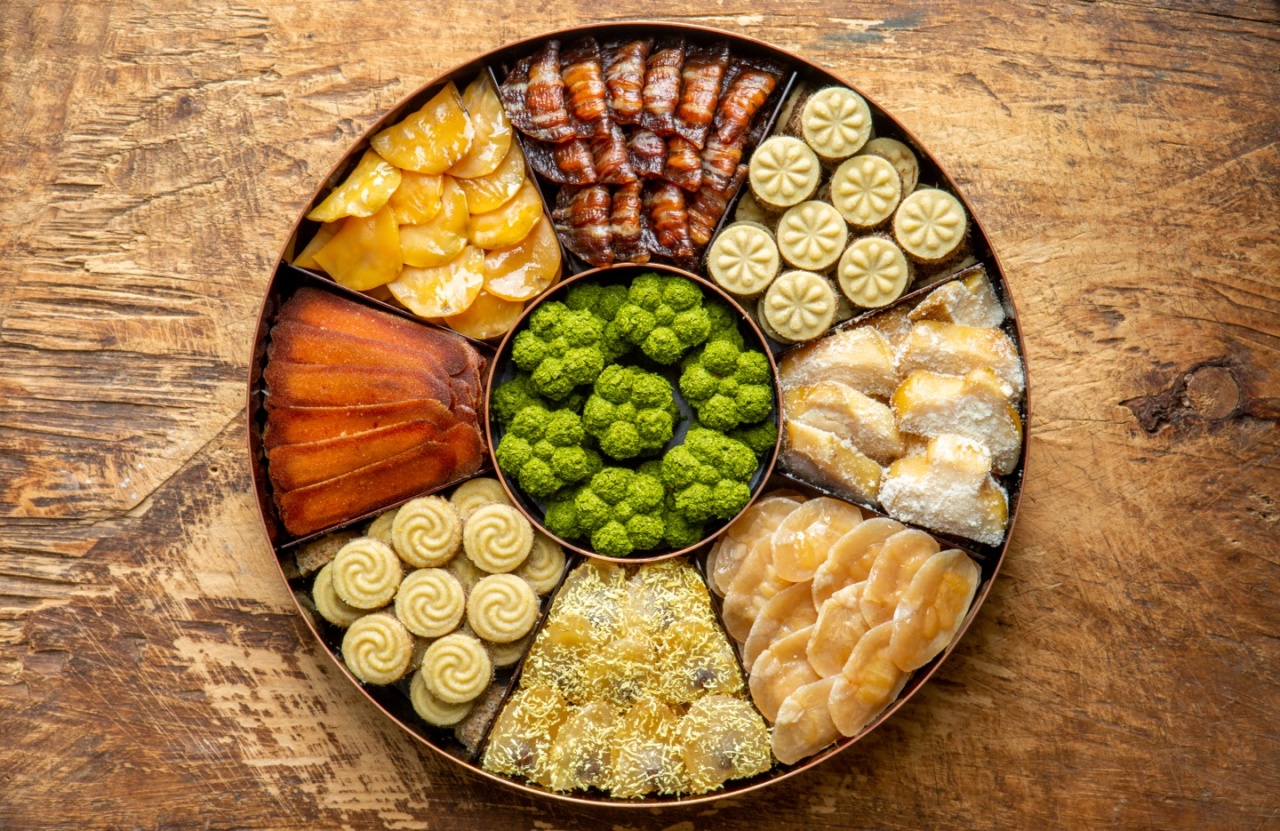 Gujeolpan, a traditional platter of nine delicacies (Mijeoggamgag)
As for seasonal food, Seo mentioned that his cooking classes for the next year will focus on various namul, followed by this year’s focus on jang.

Our ancestors did not eat namul raw, due to the poisonous elements that remain when not rinsed or heated properly, Seo said. Cooking namul properly so as to not damage the freshness of the ingredients and its nutritional value is a difficult skill to master, he added.

Seo holds six classes, each with five students, a year at Mijeoggamgag and finds that foreigners who join the classes have a knack for understanding seasonal foods and ingredients.

“When it comes to namul, it’s not a matter of having prior knowledge about Korean food. It is important to have keen senses to smell the scent and taste the texture without any prejudice,” Seo said. 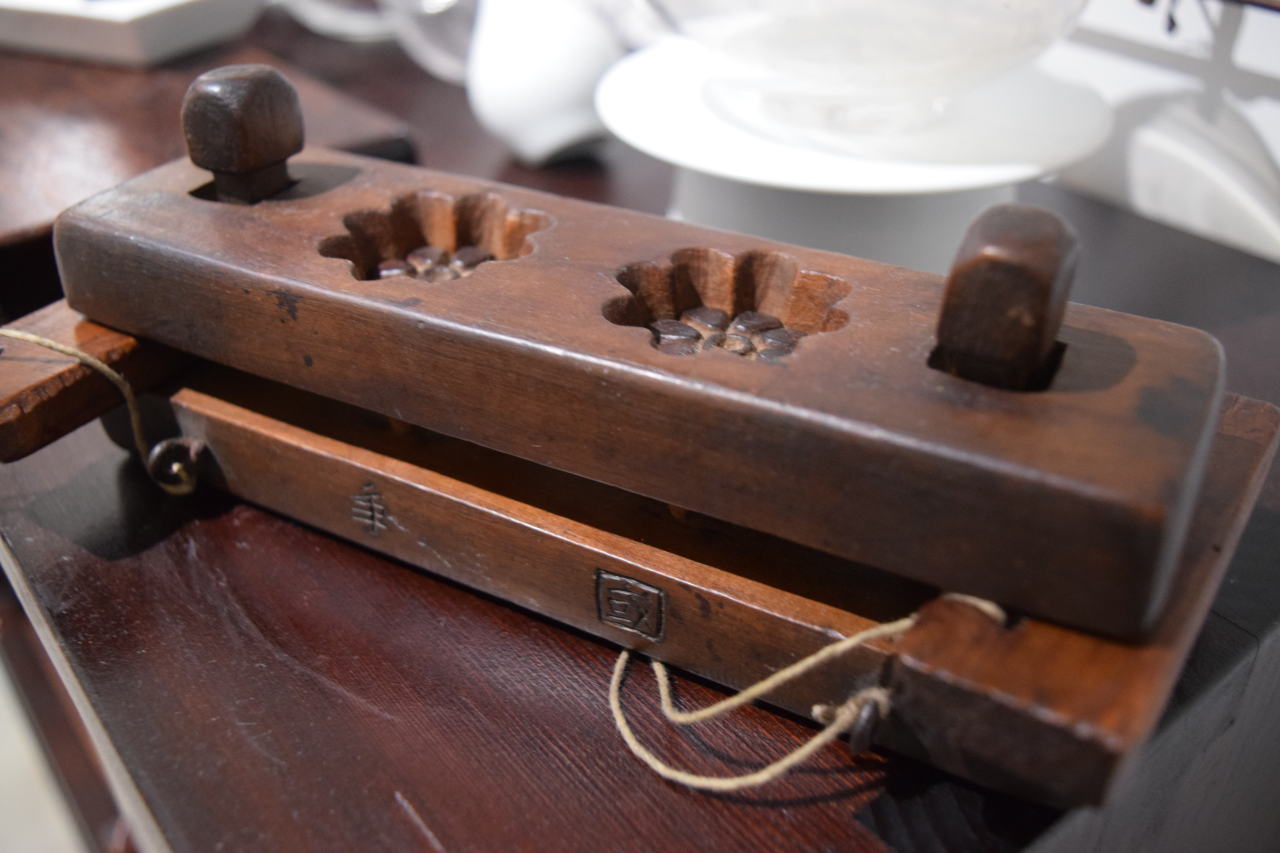 Seo’s favorite wooden tteok pattern tools (Kim Hae-yeon/ The Korea Herald)
Tteok holds a special meaning for Seo. As a child, he did not like glutinous rice cakes. “I hated the sticky texture as a kid, and was not a fan of sweets either,” he said. But studying Korean traditional food, he learned that in wealthy households, tteok was part of one’s life from the day of birth till death.

“I wanted to make tteok that I could enjoy, those that are easy to swallow, and less sweet,” he said. He also learned that traditional tteok was meant to be less chewy and rather nutty and humble on the palate. 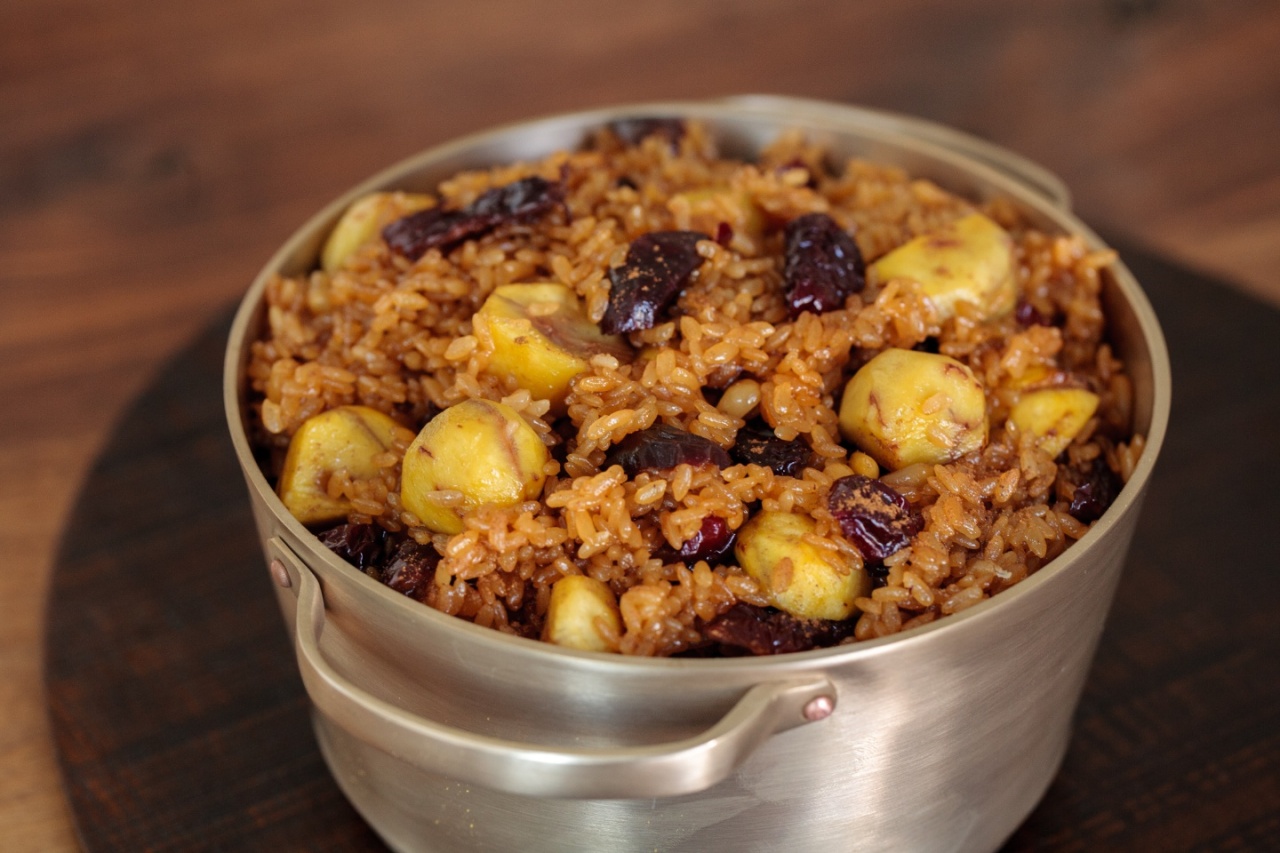 Yaksik, rice with nuts and jujube (Mijeoggamgag)
“I understand that modern tteok cafes today are making them as sweets, sometimes served with ice cream toppings to target the younger generation. But I also hope that traditional tteok bakeries can coexist,” he said.

When asked for his definition of traditional Korean food, Seo’s face lit up.

“I study every day. The more I read, Korean dishes seem an endless question mark to me, rather than an exclamation mark,” Seo said, adding that he is still in the process of figuring it out. “Sometimes I wish I could time travel to the Joseon era to experience its culinary culture myself, but that is only in my dreams. Rather than defining (what traditional Korean food is), I hope I can get an inch closer to representing the original dishes.”