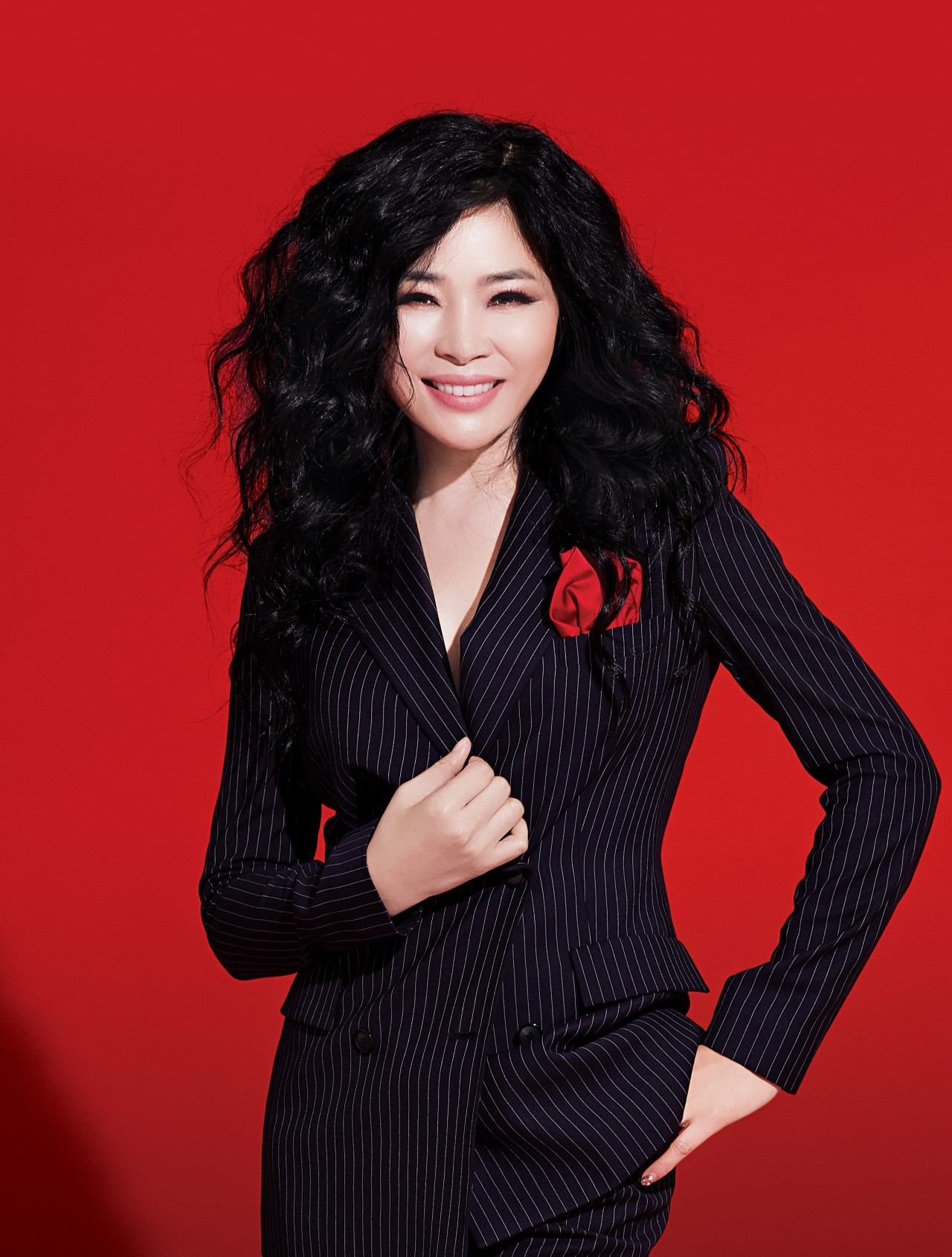 Jazz vocalist Woongsan (JP Company)
Jazz was first introduced to Korea when the country’s first jazz act, Korean Jazz Band, began performing in 1926. The first-generation Korean jazz musicians learned the music from the US Eighth Army band, which was assigned to the country to provide music in support of the thousands of US service members stationed in the country in the 1950s.

Although jazz has existed in Korea for a little under a century, it remains a niche genre, especially compared to more mainstream forms of music, like K-pop, hip-hop, classical and trot. The current generation of Korean jazz musicians is working hard to make its mark with what they call “K-jazz” both in and out of the country.

“Jazz is music that refuses to be stuck in a groove. It’s music that can embrace everything like a mother’s heart and the pleasing gift of life,” said Woongsan, a second-generation jazz vocalist, singer-songwriter and chairman of the Korea Jazz Association.

Woongsan is the name that she was given when she became a Buddhist nun in Danyang, North Chungcheong Province, at the age of 17, she told The Korea Herald in an interview at her home in Bundang, Gyeonggi Province, on Monday. She left the Buddhist temple less than two years later with a dream of becoming a musician. The artist became a heavy metal rocker in a college band, but fell in love with jazz after listening to Billie Holiday’s “‘I Am a Fool to Want You,” when she was in a slump, she said.

Since making her debut in January 1996 with her first stage performance at a live music club in Hongdae, western Seoul, the 49-year-old musician made herself known as a Korean “jazz diva,” reaching out to a global audience through performances in Korea, Japan, the US, the EU and more.

Since releasing her first album, “Love Letters” in 2003, Woongsan has garnered acclaim from critics and fans alike. Her successful career led her to become the first Korean jazz musician to perform at the prestigious Billboard Live and Blue Note Japan. She further strengthened her musical insight by collaborating with leading musicians around the world, including John Beasley and Melvin Davis. 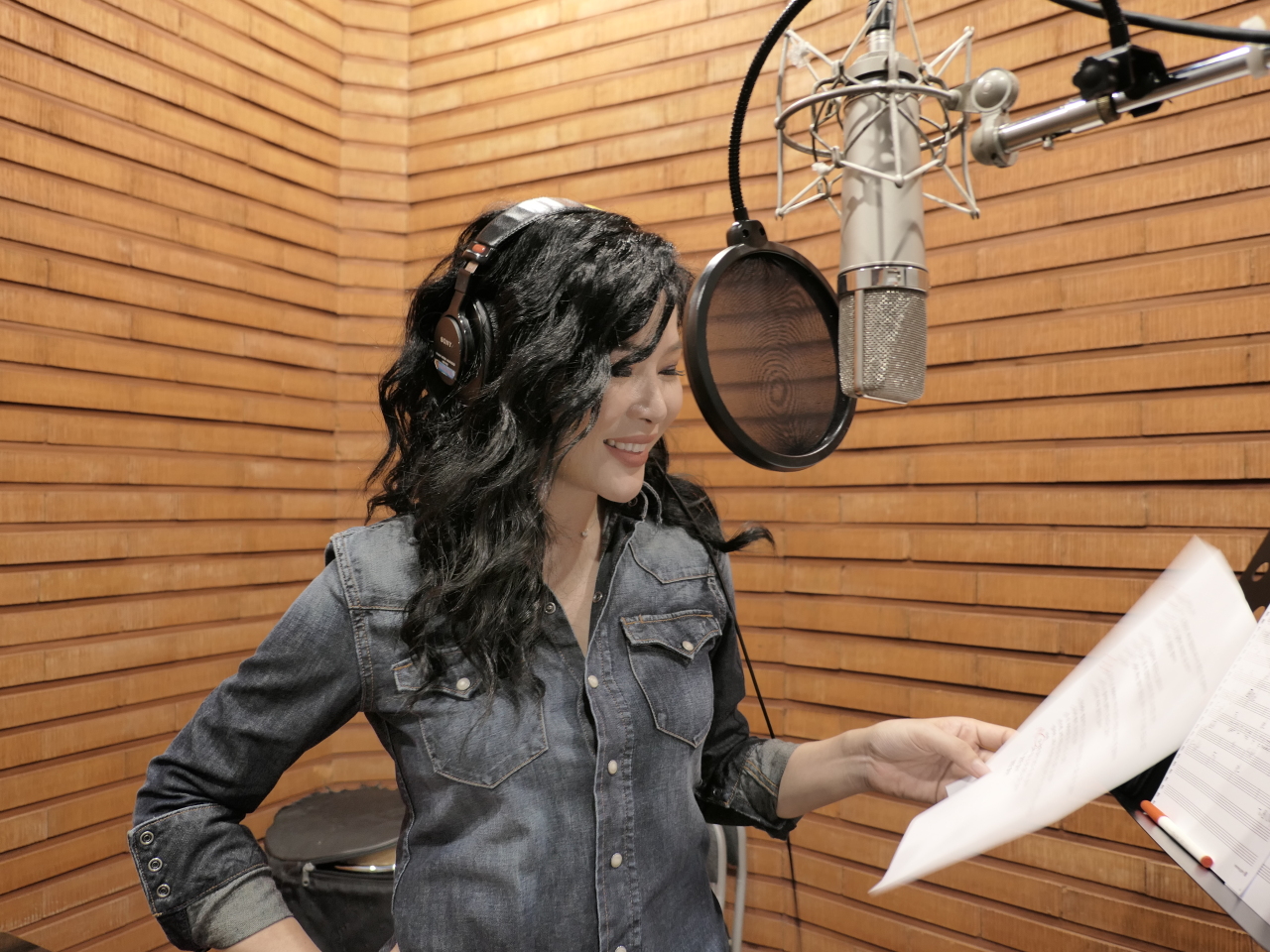 Jazz vocalist Woongsan (JP Company)
But her passion for jazz did not stop there. Aiming to break down the walls of prejudice around jazz, which is often considered “difficult,” she held the 2022 Seoul Jazz Festa for the first time on Nodeul Island, Seoul, from April 26 to Sunday. During the six-day run, it brought together some 100 Korean jazz musicians of all ages.

They gathered on stage and performed jazz standards and contemporary jazz music, as well as jazz fused with other genres, including trot, gugak-pop and hip-hop. The performances showed how jazz music can be harmonized with a wide range of age groups and through its melodies mixed with other sounds, the singer-songwriter said.

“It was my desire to showcase how great ‘K-jazz’ can be when it meets with other types of music. Since I believe that we can all be united with jazz, the unique stage performance was to deliver a message of peace and unity,” she said. “There is no right answer to music. Just like how jazz music continuously makes me want to find out what it really is, I’ve tried to open my mind and ears to all types of music to be a greater musician.”

The in-person festival also aimed to celebrate the UNESCO-designated International Jazz Day, highlighting jazz and its role in uniting people around the globe, as well as revive the ‘golden days of jazz’ in Korea, she added. The musician also mentioned her hope of seeing Korea to host Jazz in the Olympics in 2026 as the celebration of marking Korean jazz’s 100th anniversary, she said.

Calling jazz her “second ascetic practice,” the musician said it is what makes her keep moving forward and strive to be better to present “Woongsan’s own jazz music.” Just as she feels happiness presenting her musical talents to others, the vocalist hopes to provide musical healing and courage to jazz fans, she said.

Woongsan hinted that she is set to release her 10th studio album in September, which will mark her first full-length album since the release of “I’m Alright” in 2018. In October, the musician will also hold a solo concert in Seoul, she said.