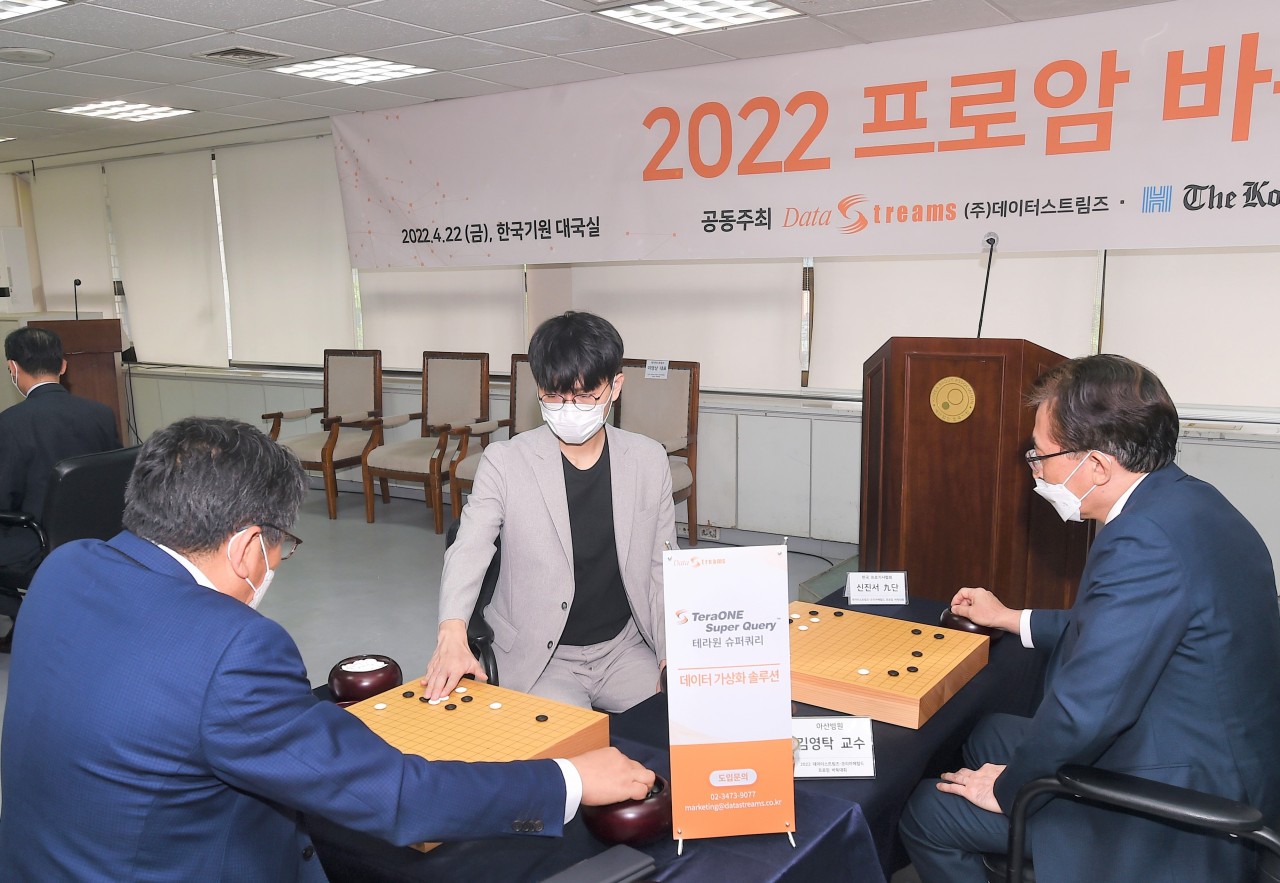 Baduk, also called Go, is a traditional strategy board game in which players take turns putting black and white stones on the board while aiming to surround more territory than their opponent.

“DataStreams is grateful to have sponsored such a meaningful competition, and we hope our players will do well this year and bring our Korean people lots of joy,” said DataStreams CEO Lee Young-sang at the event.

Friendly games of Go were arranged between professionals and amateurs, with two amateurs going up against one professional player in each round.

World champion Shin Jin-seo was among the professionals to participate in the DataStreams event. Shin currently ranks No. 1 in the world, succeeding famed Korean Go players Lee Chang-ho and Lee Se-dol.

“I‘m playing with a lighter heart than usual today. There are players who go easy on the opponent when they play with their fans or at events, but I’m not the type to lose on purpose easily,” he said with a laugh.

“I always just do my best. I hope the participants today enjoy the event comfortably.”

The Korea Herald CEO Choi Jin-young was at the competition and expressed a message of gratitude for the event‘s participants.

“Not only has Shin Jin-seo 9-dan won 29 consecutive games in the past six months, but whenever our players consecutively beat Chinese world players, there is a feeling of satisfaction, joy and great pleasure that the people who watch it experience,” said Choi. “I believe that alone gives great comfort and courage to our people who are going through a rough time during this COVID-19 period.”

In the rating system for the game, 9-dan is the highest professional rank obtainable.

“When AlphaGo appeared in 2016, it was a big shock to people and many were afraid because it appeared as a rival to us. But after a while, as many Go players, including Shin, have started to analyze and utilize AI in baduk, it seems that human civilization is evolving to become allies and assistants with AI.”

Friday’s matches ended on a lively note, with participants exchanging words of encouragement and wishing the best for the Go champions.