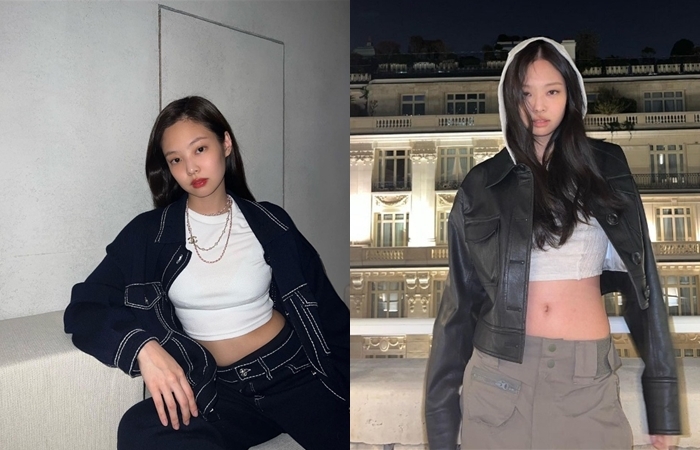 Jennie of Blackpink wears a white crop top with a denim jacket and jeans (left) and a white crop top, black leather jacket and low-rise pants. (Jennie’s Instagram)
Fashion trends constantly change but they also come back full circle every two or three decades, backed by generational changes as well as fashion designers taking inspiration from old trends to translate them into “modern” styles.

Y2K fashion was a fad among celebrities and influencers last year, but it has been drawing greater attention this year.

Data compiled by Kakao Style’s mobile shopping app Zigzag, whose major customers are in their teens and 20s, showed that search volume for Y2K jumped 61 times on-year in January and February. The sales of fashion items tagged as Y2K also surged 18 times on-year in the cited period. 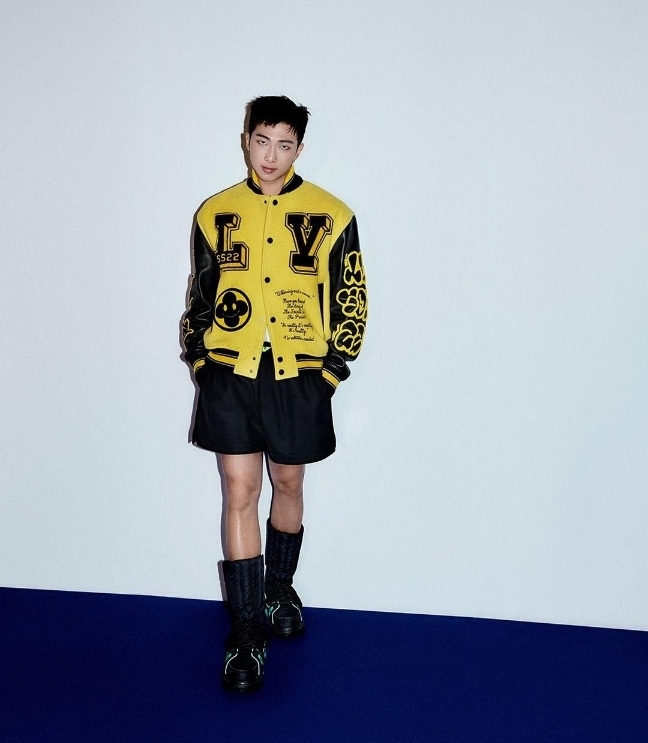 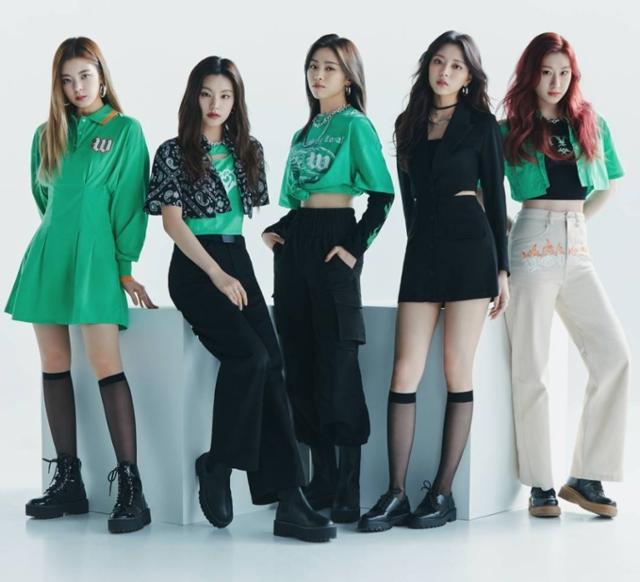 A 22-year-old woman, who wished to be identified by her surname Mun, told The Korea Herald that crop tops are her favorite fashion items these days.

“After seeing photos of pretty and slim singers and actors wearing crop tops on Instagram, I wanted to try it out, too. However, I didn’t know it was called a Y2K fashion item,” she said. “I remember my aunt once calling the outfit ‘belly button tee.’ I think it’s pretty interesting to see the trend from my aunt‘s younger days returning in my 20s.”

Experts said that the Y2K fashion trend has reemerged lately fueled by people’s desire for freedom during the COVID-19 pandemic, having had to spend more time at home without expressing their identities through their outfits. 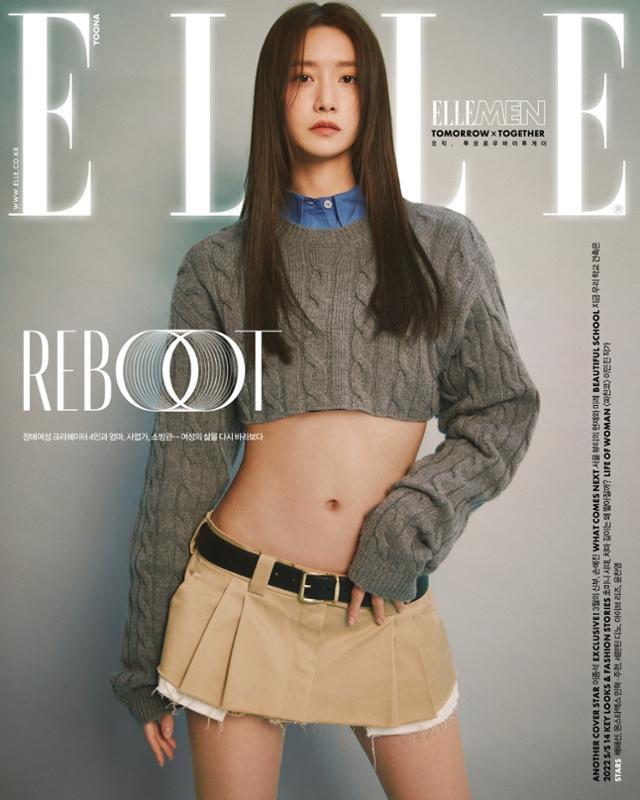 On the other hand, Generation Z considers it as a fun and fresh way to experience the looks, experts said.

However, the Y2K revival may seem “uncool” to some older generations, who first wore the style in their childhoods, unlike the younger generation, who are experiencing it or remembering it for the first time, according to Lee Eun-hee, a consumer science professor at Inha University.

“Fashion is an experiment with one’s body with which people can express themselves. Unlike the tendency to long for food that they had eaten in their younger days, the older generations have little interest in fashion that they once wore. Therefore, they are less likely to purchase the Y2K fashion items again,” Lee said.

“Generation Z, on the other hand, prefers something that they are not used to but approach the old trends in a fun way. It can also be a form of escape from the frustrating reality for the generation,“ she said. “Since younger people are greatly influenced by celebrities’ social media posts showing off Y2K fashion items, they also want to wear the outfits and share their photos online.”