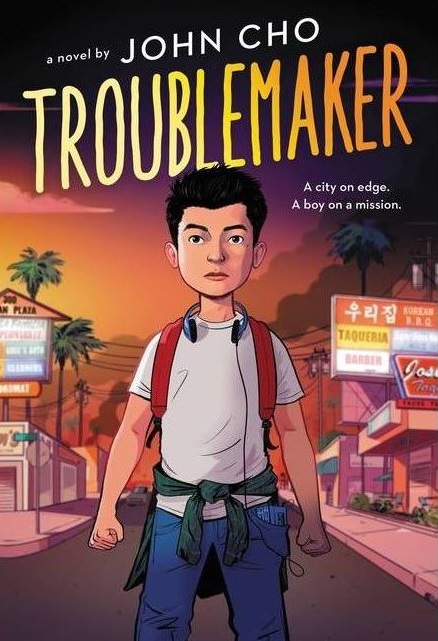 “Troublemaker” by John Cho (Little, Brown and Co.)
John Cho’s recently released “Troublemaker,” co-written with Sarah Suk, is a coming-of-age story that takes place on the single, infamous night of “Sa-I-Gu,” or April 29, 1992.

As the world is changing around him on the first night of the Los Angeles riots that followed the acquittal of four police officers who had brutally beat Rodney King, a Black man, in an incident caught on video, Korean American boy Jordan’s own world -- his central identity -- is experiencing its own unrest.

“Troublemaker” is the debut novel of actor John Cho, who has been a familiar face on screens for over two decades.

Starting from the late ‘90s, Cho was stealing scenes in comedies like the “American Pie” series, before landing the first titular role in stoner comedy “Harold & Kumar Go to White Castle.” With numerous TV roles along the way, his career took a prominent, and more dramatic, turn with lead roles in 2017’s “Columbus” and 2018 hit thriller “Searching.”

Now Cho is telling his own stories, starting with a novel aimed at adolescent readers that centers on a sixth-grade Korean American boy the day he is suspended from school.

While it may not matter to him as much now at 49 years old, “It’s particularly helpful at that age to see oneself,” Cho said in a recent livestreamed discussion with the Asia Society, talking about representation in media. And it is that feeling that had guided Cho in his Hollywood career.

“Would a 12-year-old me approve of this?” Cho would ask himself when considering a role, steering clear of cliched roles that would pigeonhole Asian actors or play on stereotypical notions and expectations. “I have been trying to please 12-year-old me for all these years,” Cho said.

Now, the 12-year-old Cho is trying to please in “Troublemaker” is Jordan.

Jordan isn’t as good in school as his studious older sister. His closest friend only gets him into trouble. And he knows he’s a disappointment to his parents who moved their family from Korea to the US so they could be anything they want to be.

Like Jordan, the author -- born in Seoul as Cho Yo-han -- emigrated with his family to the US at a young age. 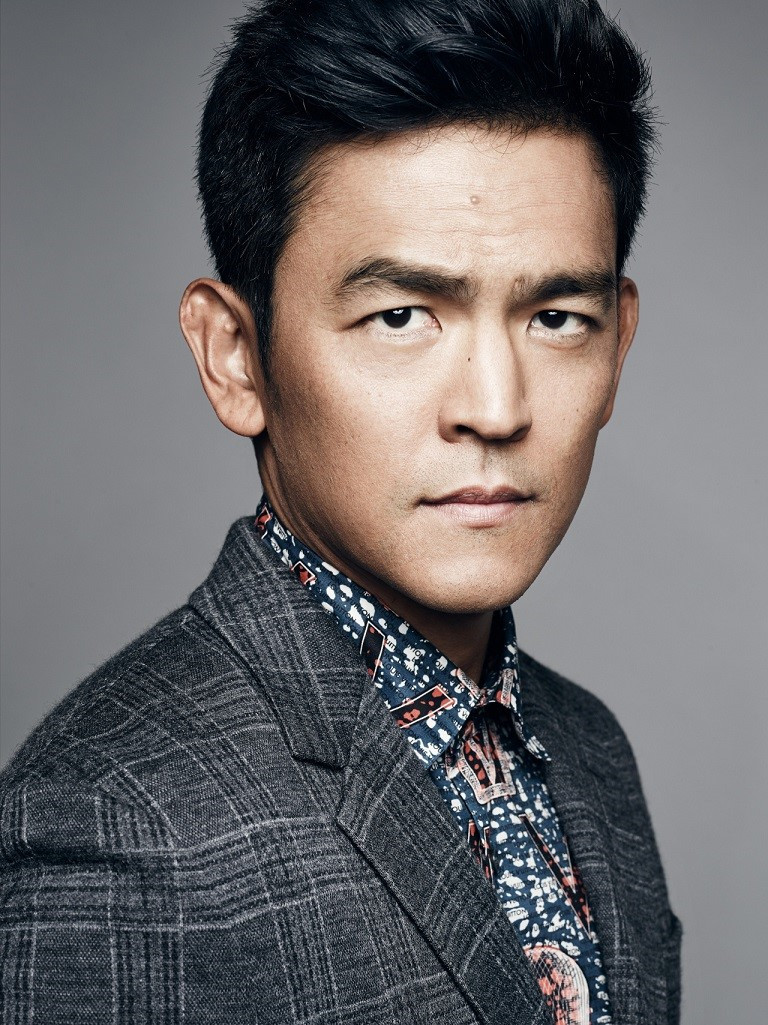 John Cho (Little, Brown and Co.)
Speaking with The Korea Herald by email, he said he thinks of what life could have been like here, and hopes he can reach out to connect with Korean readers to share an experience relevant to the diaspora.

“And so, I take personal joy in thinking that once ‘Troublemaker’ is published in Korean, Korean children might have the same opportunity to know what life might be like for Koreans who move to America.”

The book’s publisher, Little, Brown and Co., revealed exclusively to The Korea Herald that rights to the Korean translation have been sold, and it is slated for a February 2023 release.

Cho originally had other plans for a first novel aimed at middle-grade readers, but he was refocused by the events of 2020. After the pandemic had already begun immeasurably changing millions of people’s lives, as anti-Asian sentiment was being stoked and threatening communities across the US, a powder keg erupted in civil unrest following the police slaying of George Floyd.

Thinking of 28 years earlier, “The similarities to George Floyd,” Cho writes in the author’s note, “or more specifically, the lack of progress between then and now, was stark and damning.” “If we let this happen today,” a woman in a newscast early in the book presciently says, “it will keep on happening. That’s a fact.”

“Troublemaker” doesn’t overlook the case of Latasha Harlins, the 15-year-old Black girl wrongfully killed by a Korean American store owner about a year prior to the LA riots. The store owner’s sentence with no jail time was upheld just a week before the riots, referred to by some as an uprising.

Exploring the tension and cultural miscommunication between the tightly packed communities goes far beyond an “us vs. them” mentality, invoking deep empathy as Jordan grapples with ideas of justice and morality, and becomes aware of the world around him. 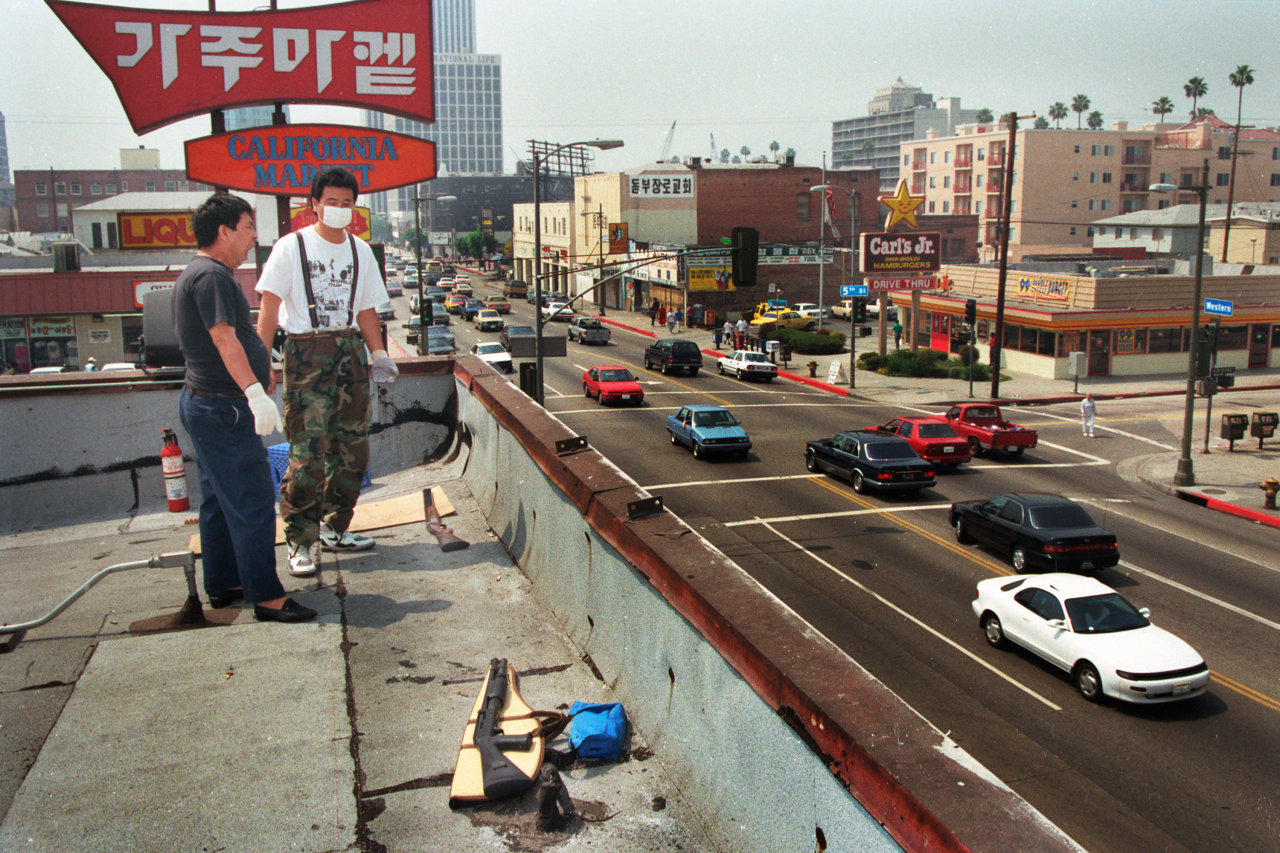 “Rooftop Koreans” guard California Market in Los Angeles, on May 1, 1992, the third day of the LA riots. (Hyungwon Kang)
One of the iconic images to come out of the LA riots was the “rooftop Koreans” -- store owners in Koreatown armed with rifles who perched themselves atop the buildings to defend them.

“Who is the man on the rooftop, what is his home life like?” Cho posed in the conversation with the Asia Society, explaining he started from that image and worked backward.

What results is a fast-paced story where each chapter is akin to an episode in Jordan’s odyssey to reach his father at the store amid the riots in an ill-guided bid to repair their relationship.

“Ultimately, the book is a love story between father and son, and a portrait of a family trying to navigate an incredibly difficult situation in their lives and their community’s life,” Cho previously explained.

Part of that portrait of an immigrant family is accurately representing them.

“Sometimes, parents speak exclusively in Korean and children answer entirely in English, and sometimes they both use a mixture. This was authentic to my experience,” Cho told The Korea Herald, explaining the use of terms likely to be unfamiliar for many English readers.

“I also didn’t want to italicize the Korean words,” he added. As is typical with vocabulary in novels aimed at young readers, the Korean can be understood by context. “I wanted it all to appear as though it was one seamless language.”

Fortunately, the recent successes of Korean cultural content have made great progress for the community in the US.

“Korean Americans, and possibly Asian Americans, are really benefiting from the spread of Korean pop culture. Korean content has really normalized seeing faces like mine,” Cho said, “possibly even more than the projects that Koreans in America have created.”

He gave great credit to the “incredible level of artistry” of “Parasite” and “Squid Game,” as well as the talent in K-pop.

“It certainly marks a new era,” the author and actor said. “We have a new generation of Asian Americans who are entering the business and bringing a fresh mindset. I am very optimistic and grateful for this.”

Thinking of his own future, Cho said he appreciated the fulfillment of taking “something from an idea to the final execution.”

“I definitely feel confident in saying that I’d love to try other mediums as well,” Cho told The Korea Herald. “I’m much more open to artistic pursuits other than acting than I’ve ever been before.”

“Troublemaker” was released in the US in March. The English edition, about 200 pages long, is currently available via special order from bookstores here. A Korean version is expected early next year.