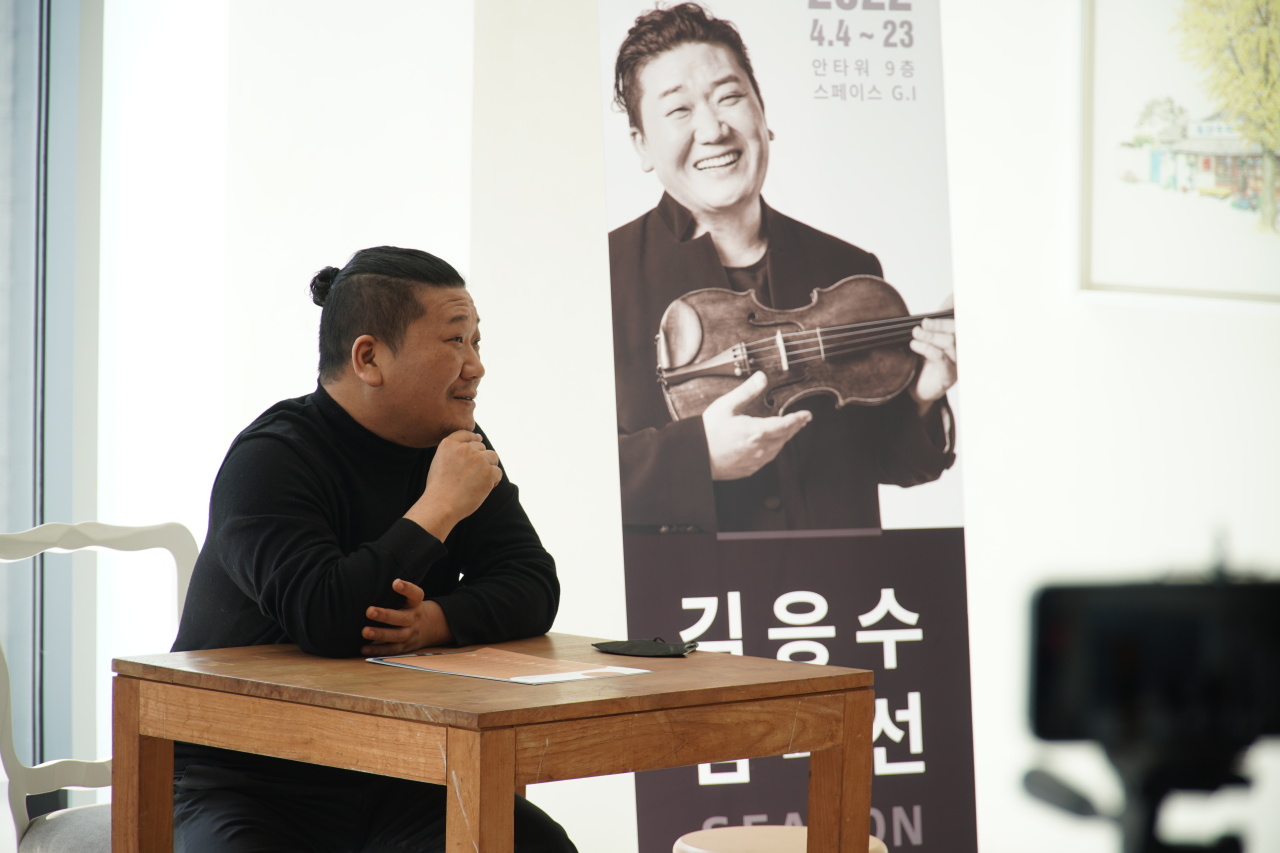 “By mathematical definition, a point is a place in space; a line is a set of points, and a surface is a set of lines,” Kim said during a press conference Tuesday. “I thought it would be intriguing to showcase how the works of great composers throughout history are connected. Each work is a formulation of dots and lines, and the audience can visualize a colorful surface with the lines I play.”

His first series of concerts, titled “To Kick Off,” will begin April 4 and end on April 23 with the 10th concert titled “Different is not wrong.”

The other two series will be held later this year -- the second season in August and the third in November. There will be no repetition of the repertoire during the three seasons.

“I didn’t prepare this concert to show off my violin skills or come under any influence. I thought it would be a great way to explore the evolution of the violin, and I’m already familiar with the pieces that I will play for the performances because I have been playing them for a long time,” Kim said.

The violinist added, “Upon finishing these performances, I hope the audience and I will have a deeper understanding of these pieces to discover what more each piece has to offer.”

“Bach’s work -- through which he forms a bridge between the church and the world -- is full of meaning, both musically and as a background for composition,” he added. “Beethoven, as you know, is a musician who wrote his work while struggling with debilitating physical problems.”

Since 2012, Kim has been the main artist of the Lech Classic Music Festival in Austria, but he said he recently handed over the role to someone local due to travel restrictions brought on by the global COVID-19 pandemic.

He was appointed a professor of violin at Hanyang University in Seoul in 2012.