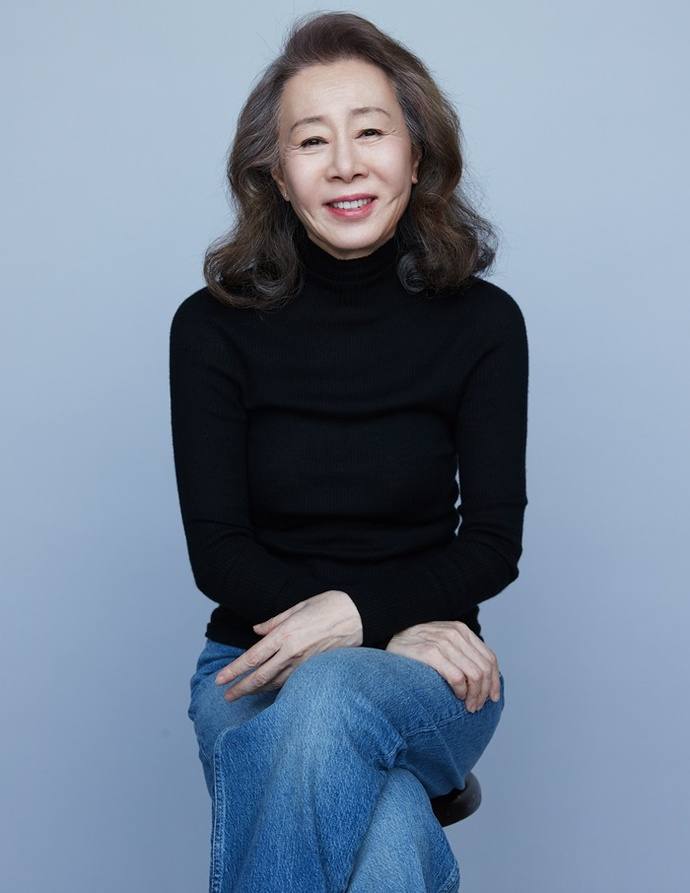 Youn Yuh-jung (Hook Entertainment)
My first memory of Youn Yuh-jung dates back to 1991 when she played the role of a talkative and fussy mother in the television series “What is Love,” which holds the record for the third-highest average viewership of any Korean television broadcast here.

In the eyes of a 9-year-old child, Youn looked far from the stereotypical Korean moms that I’ve seen on TV before.

It was not just because of the snobbish role she played. It was more about her stiff appearance and husky voice that stood in sharp contrast to Kim Hye-ja, who also played a mother in the same show.

With her affable charm and benevolent smile, Kim earned national fame as an archetypal mother figure in many TV series.

Albeit not in the same way, Youn has also been well-loved by viewers and producers too. Since her debut in 1966, she has starred in 36 movies, including the movie “Minari” (2021) that earned her an Oscar at the Academy Awards, and over 100 TV dramas including her latest in Apple TV+’s “Pachinko.”

The roles she took on in what is now a lengthy filmography, however, were not always glamorous. She had to start from the bottom by taking minor parts to make a living and provide for two sons after getting divorced in 1987, when divorcees were ostracized in the show biz industry and elsewhere.

At certain stages of her career, Yoon had said she has been weighed down by self-doubt, trapped in by stereotypes and expectations of how female actors should look like. And she didn’t hide it.

She has often said that her inferiority complex was what drove her to push herself to be a better actor.

“I’m not a beauty. I don’t have a pretty voice, and I didn’t go to film school,” she said in an interview, and remains a statement that has been repeated since.

Whether it was her artistic aspiration or the spirit of survival that led her to stick around longer than 50 years in the industry, her uniqueness inspired directors to cast her for versatile and experimental characters.

“I just wanted to be different. For example, I didn’t think ‘Youn Yuh-jung who is similar to Kim Hye-ja’ was necessary,” she said in an interview in 2015.

The mantra of living as your “true self” is everywhere -- in ads for youth clothing brands to self-help books.

Still, the 74-year-old actor’s words of wisdom resonate powerfully with young people. What makes her thoughts more persuasive than others may be her integrity and courage in taking risks for new roles.

Movie directors remember her as an actor with a sincere attitude who never goes to sleep until she memorizes and analyzes all the lines so she can be completely immersed in the characters’ lives.

She also didn’t back down from uncomfortable scenes. When director E J-yong cast her in “The Bacchus Lady” (2016) as the main character, an elderly prostitute, Yoon expressed displeasure first. Yet, she took the job, saying: “We need a film that deals with the problems of the elderly and their lonely deaths.”

After winning the Oscar, more people look up to her as a role model but she still refuses to give advice to younger actors, telling them to just live their lives in her ever-witty and direct manner.

“I hate giving messages the most. What am I? Am I the pope?”

If she had decided to become a replica of someone else, we wouldn’t have had the Youn Yuh-jung we know and love today.