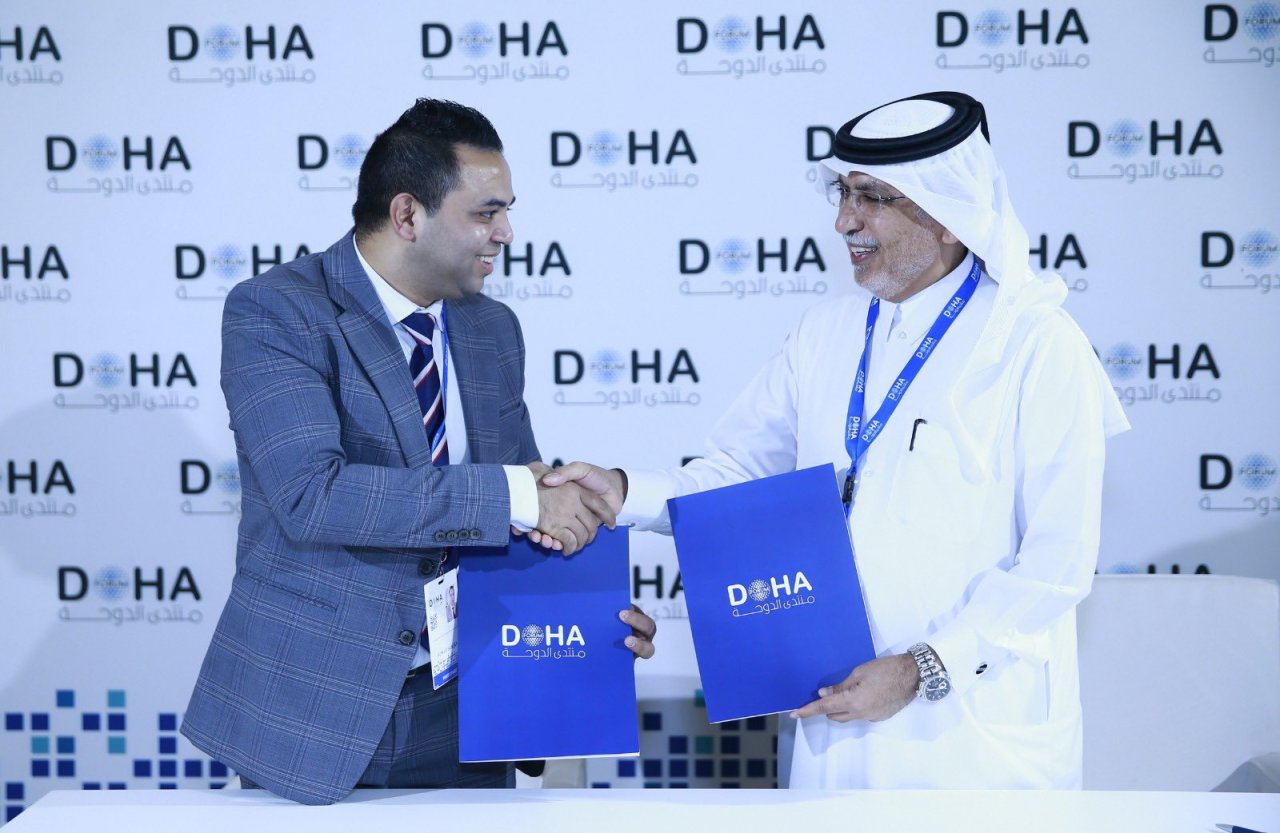 Dar Al Sharq Group Deputy CEO Jaber Salem al-Harami and The Korea Herald journalist Sanjay Kumar exchange greetings after the signing of a memorandum of understanding on the sidelines of the Doha Forum, Sunday. (Rajan Vadakkemuriyil/The Peninsula)
DOHA, Qatar -- The Korea Herald signed a memorandum of understanding with the Peninsula, an English-language daily newspaper published from Doha, Qatar, to enhance media cooperation between Korea and the Gulf region at the Sheraton Grand Doha Resort and Convention Hotel in Doha on Sunday.

Signed on the sidelines of 20th Doha Forum, the agreement is aimed at creating and exchanging journalistic content, boosting Korea-Qatar friendly relations and solidifying people-to-people contact by hosting events.

The Korea Herald and the Peninsula will exchange sources, cover news, increase awareness, co-host events and conduct interviews based on strategic interests through the memorandum.

Al-Harami added that exchange and visits to media organizations will offer firsthand experiences and forge friendly relations among journalists.

“It will further boost the relations of Qatar with South Korea in media sector like a number of other sectors,” he added.

The Peninsula Editor-in-Chief Khalid al-Shafi said that agreement is a valued addition to the achievements of the Peninsula newspaper, the No. 1 English daily in Qatar.

Discussing the expected outcomes of the memorandy, The Korea Herald CEO Choi Jin-young stressed that it will open new horizons to fortify the world news network connecting leading media groups around the world and diversify news sources for readers. 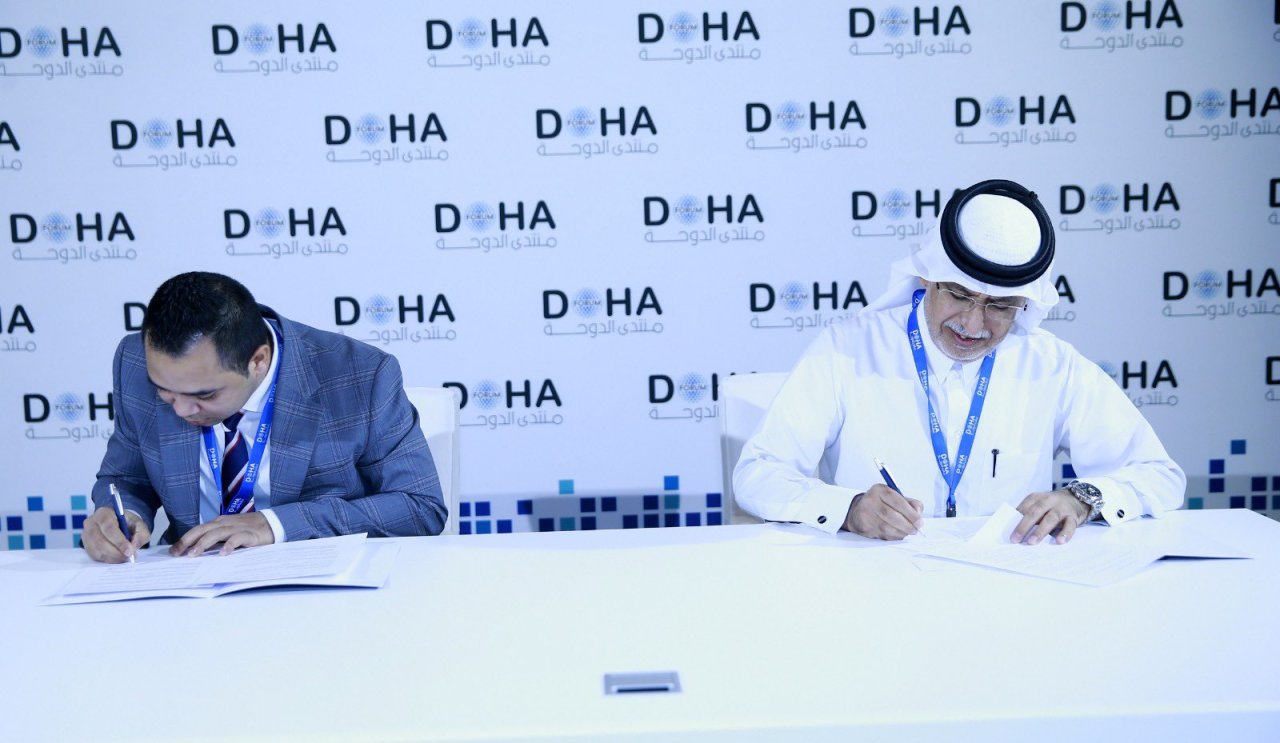 Dar Al Sharq Group Deputy CEO Jaber Salem al-Harami and The Korea Herald journalist Sanjay Kumar sign a memorandum of understanding on the sidelines of the Doha Forum on Sunday. (Rajan Vadakkemuriyil/The Peninsula)
“In this regard, The Korea Herald and The Peninsula would create awareness of Qatar among The Korea Herald readers and vice versa,” said Choi, who previously served two terms as mayor of Namwon, North Jeolla Province.

He said that observing the Doha World Cup 2022, the two media groups are committed to creating a synergistic effect of awareness for readers.

Choi applauded the success of the Doha Forum and thanked the Qatar government for creating a platform to discuss geopolitical alliances and international relations; the financial system and economic development; defense, cyber and food security; and climate change and sustainability.

Having begun in 2000, the Doha Forum is aimed at launching dialogue on critical challenges facing the world, promoting the exchange of ideas and policymaking and providing viable recommendations.

The memorandum of understanding is to bridge the information gap, innovative futuristic cooperation and strengthen partnerships through media between Korea and the Gulf region.