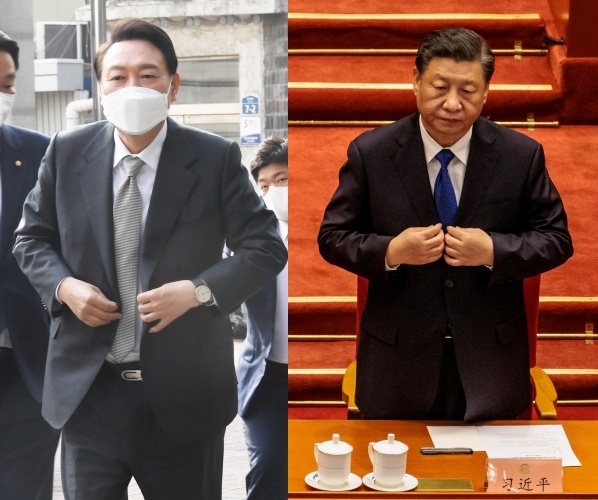 During the 25-minute phone conversation, Yoon stressed the two countries should cooperate for peace on the Korean Peninsula and the complete denuclearization of North Korea.

“Yoon said the South Korean people are greatly worried about the tension between the two Koreas following the consecutive intercontinental ballistic missile tests by North Korea, including the latest test launch on Thursday,” Yoon’s spokesperson Kim Eun-hye said in a statement.

The two decided to remain in close communication and meet with each other soon after Yoon takes office, the spokesperson said.

Xi congratulated Yoon on winning the presidential election once again, following the congratulatory message sent through the Chinese Ambassador to Seoul Xing Haiming on March 11.

“I hope to work with Xi for the growth of the relationship between the two countries in the spirit of mutual respect and cooperation,” Yoon said.

Xi said Korea and China are “close neighbors unable to move away,” and that they should encourage the growth of a stable, long-term relationship between the two countries to bring benefits to the people.

The two have agreed to activate high-profile communication between each other, and work together on issues related to supply chains, public health, climate change, the environment -- including fine dust -- and culture.

It was the first time for Xi, who took helm March 2013, to hold a phone call with the President-elect of Korea before officially taking the office.