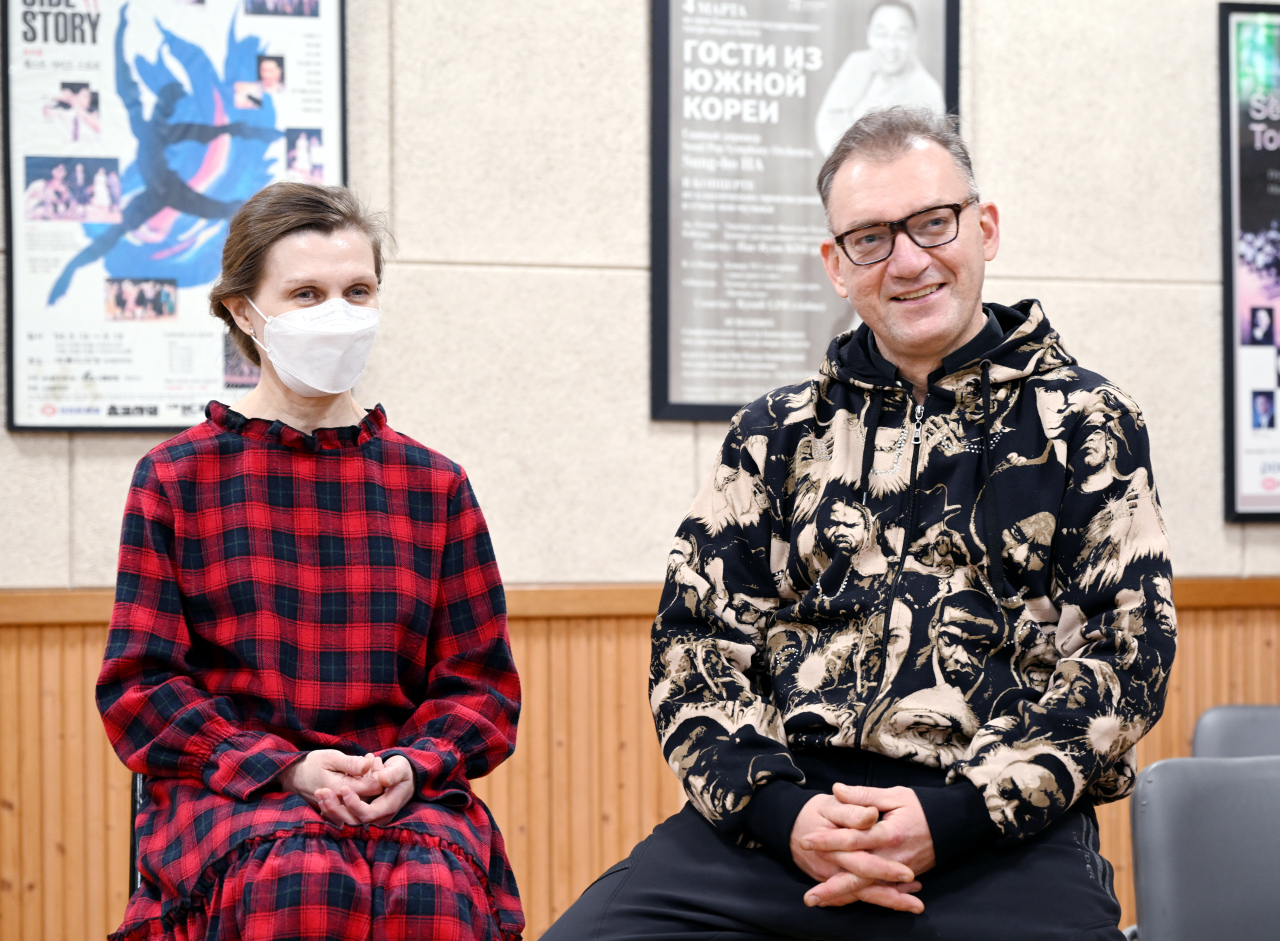 Violinists Olga Knyazeva (left) and Sergiy Salo speak during an interview at the Children’s Grand Park in Gwangjin-gu, eastern Seoul. (Park Hyun-koo/The Korea Herald)
Not having performed in a concert since December, two violinists of Seoul Pops Orchestra revealed their mixed emotions for the 2022 Special Concert for World Peace, which is to be held Wednesday at the Seoul Arts Center Concert Hall.

“Due to the COVID-19 situation and the fast-spreading omicron variant, we did not have a concert for almost three months. I was happy to see my colleagues to prepare for tomorrow’s concert. I am excited, but nervous at the same time,” violinist Sergiy Salo, from Ukraine, told The Korea Herald on Tuesday. 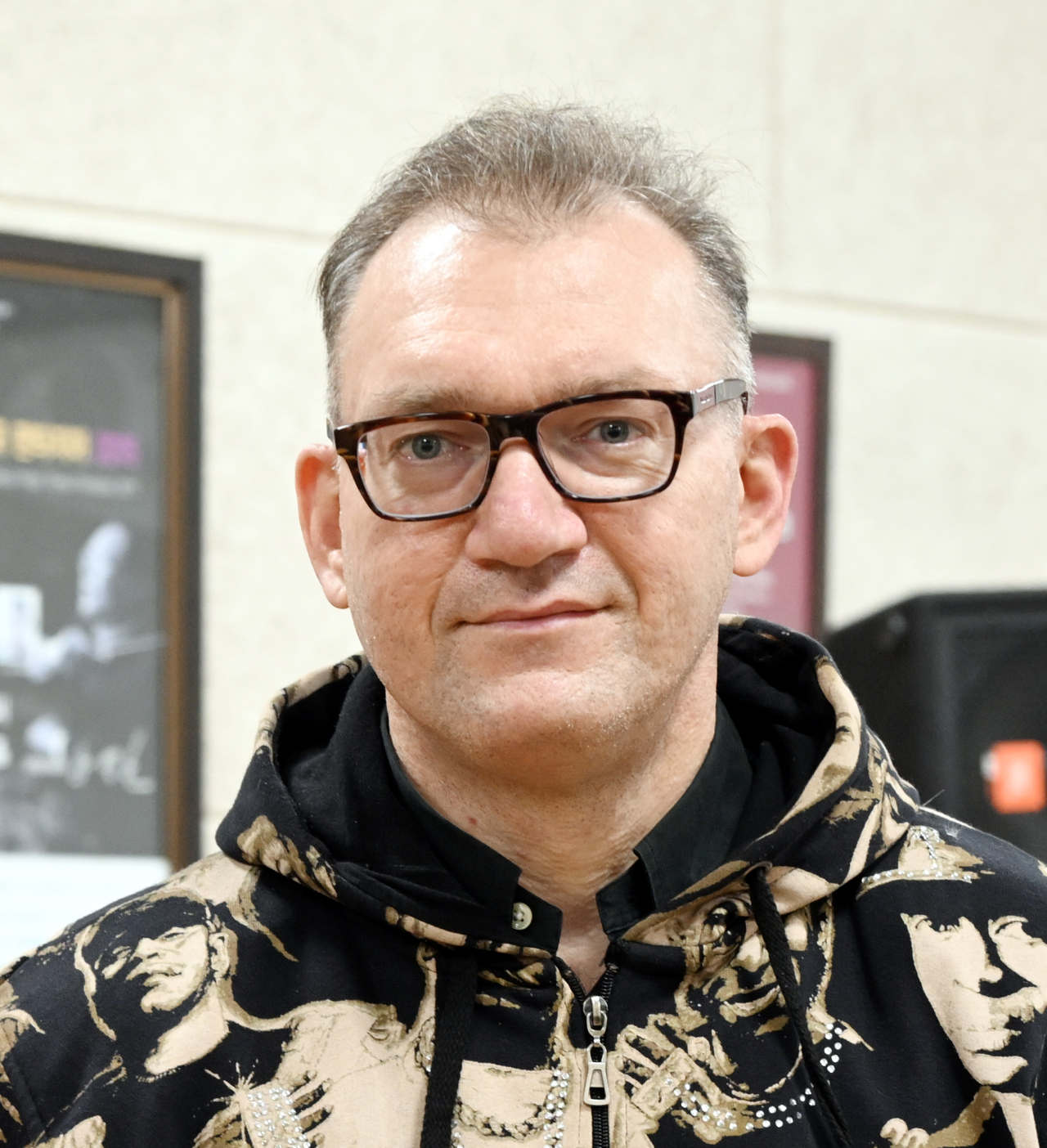 Violinist Sergiy Salo (Park Hyun-koo/The Korea Herald)
Salo, 49, believed that the concert is being held not only to support Ukrainian refugees from Russia’s invasion, but to also send a strong message of world peace.

“I do not trust all the news that are shared in the media and internet, but I know something for sure. And that is that innocent people from both sides are dying. Mothers and fathers are suffering a lot,” Salo said. “The war needs to be stopped.”

“Along with the difficult situation with COVID-19, I was shocked to hear the news about the war. But nothing has changed within the orchestra and the relationship between the members stands strong,” Knyazeva said.

Twenty of 72 SPO members hail from abroad, and among them are four Ukrainians. One of the Ukrainian members, Dmytro Ziuzkin, who joined the orchestra as a contrabassist, recently left South Korea to fight for his country.

Salo and Knyazeva will be performing “Moldova” and “Skylark,” respectively, from Sergei Trofanov’s “Gypsy Passion,” hoping to present their friendship and deliver a message of harmony to the audience.

“‘Moldova’ is a sad, tragic music, revealing sorrows. The soldiers might be waiting for orders, but the ordinary people are going about their lives, trying to survive in a desperate situation. I wish to deliver that feeling with my performance,” said Salo, who will be performing the solo piece.

Knyazeva will perform “Skylark,” a piece that arouses a completely different emotion, along with the Seoul Pops Orchestra. 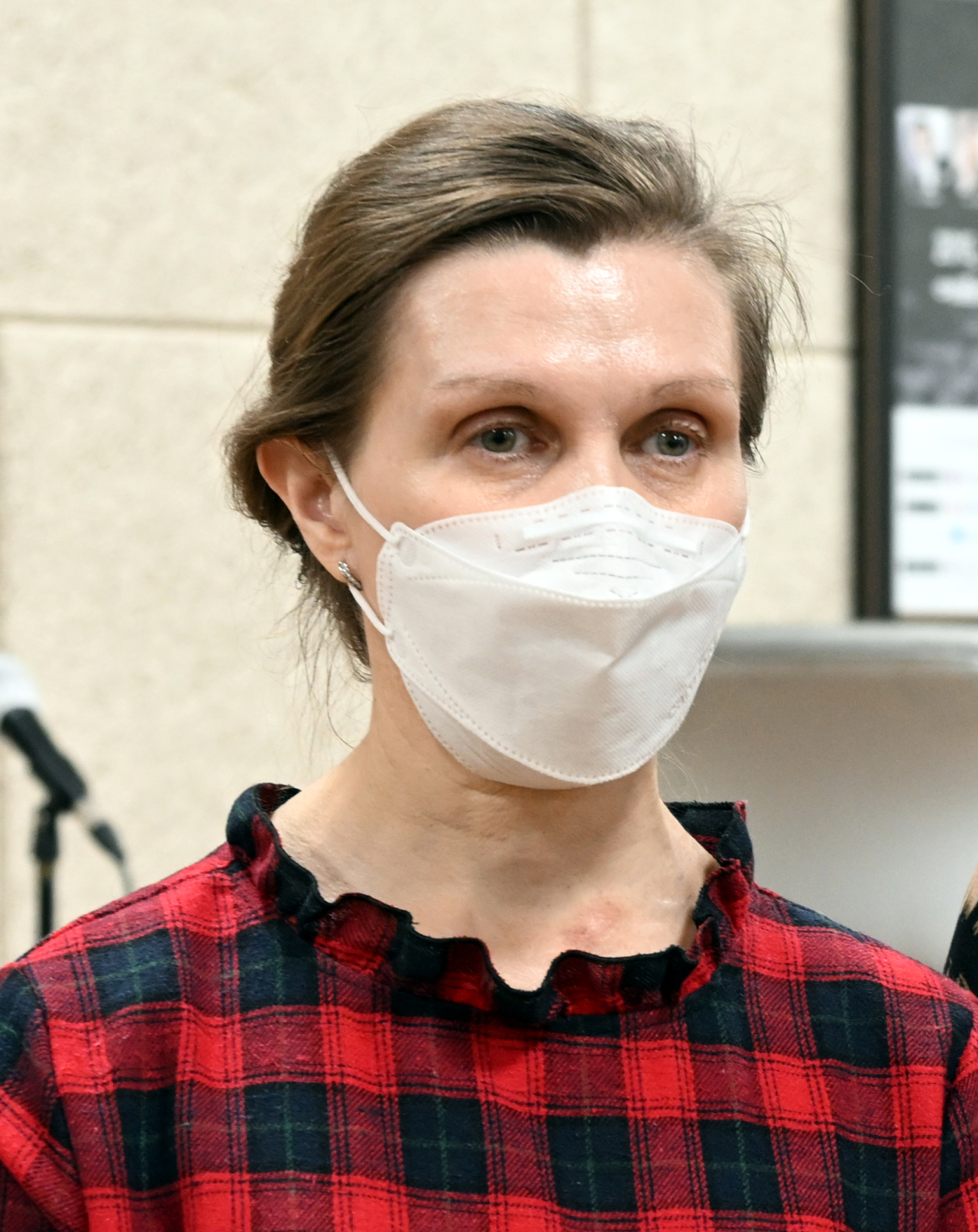 Violinist Olga Knyazeva (Park Hyun-koo/The Korea Herald)
“Skylark is a bird, which flies so high in the sky that a person cannot see it with the naked eye, but their twitter can still be heard. It is a bright, energetic song,” Knyazeva said.

“I will be playing with the members of Seoul Pops Orchestra. And I wish to deliver the wish that the war stops as soon as possible,” Knyazeva added.

When asked about the cancellations of appearances of Russian musicians and conductors in other cases, both violinists believed that those actions were absurd.

“Those actions are completely unacceptable,” Salo said, explaining that culture is separate and totally different from politics and war.

“Famous musicians, like soprano Anna Netrebko, conductor Valery Gergiev and pianist Denis Matsuev, were not able to sign their contracts and their concerts were canceled. I believe music is posed at a high level than any other thing,” Salo added. Netrebko, Gergiev and Matsuev had their engagements and contracts canceled due to their ties with Russian President Vladimir Putin after they failed to denounce the war.

Knyazeva highlighted that war and art are completely different.

“Musicians did not start the war or like the war. We would like to make people happy. We are not soldiers,” Knyazeva said.

While feeling apprehensive about the special concert as it is their first performance for months, the violinists were also confident.

“We will be opening the second part of the concert when the audience returns to the hall after a short intermission. I am aware that many people will set their sight on the Ukrainian and Russian violinists,” Salo said.

“I want the audience to feel the emotions of the musicians of Seoul Pops Orchestra, including myself, wishing for peace and harmony.” 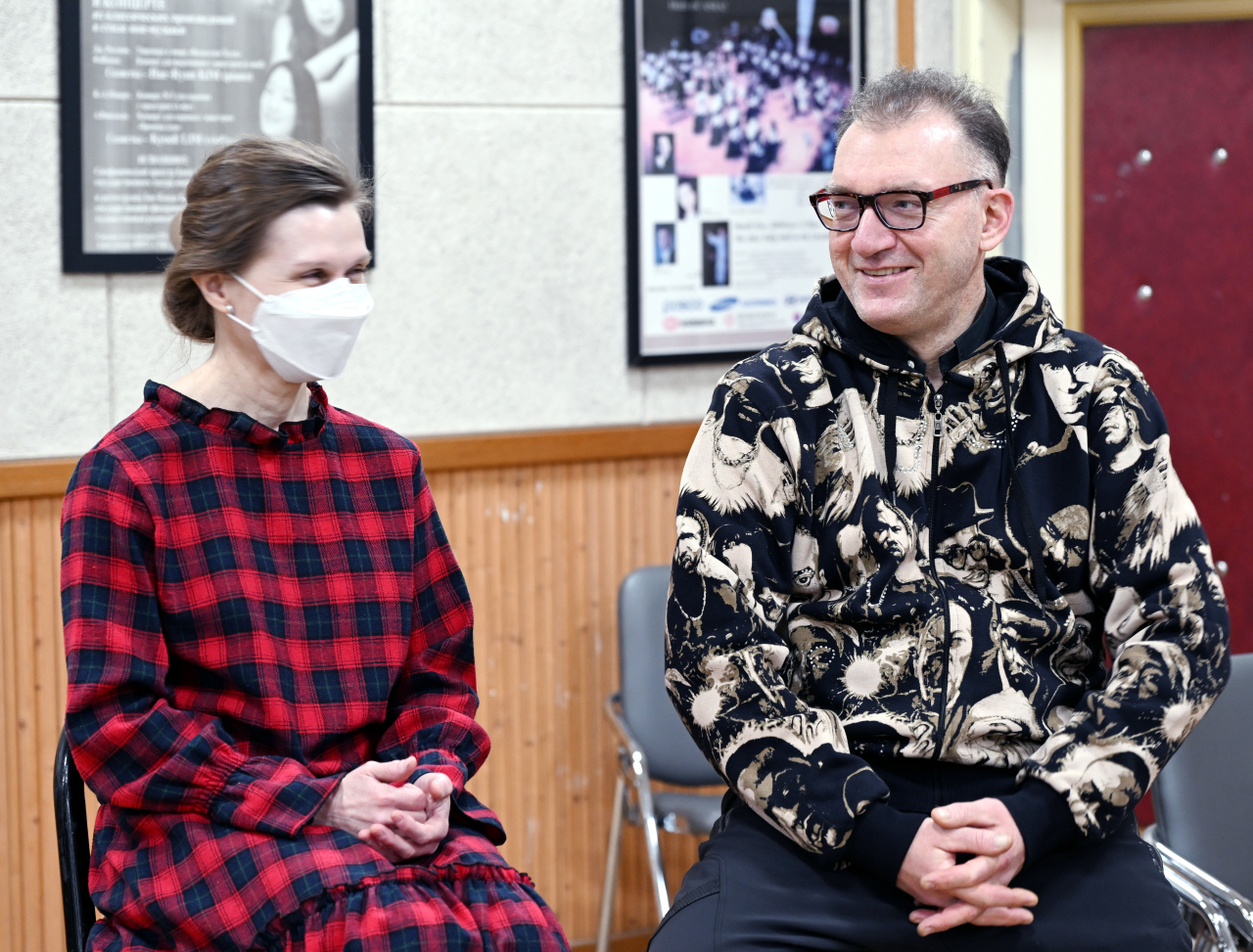 Violinists Olga Knyazeva (left) and Sergiy Salo speak during an interview at the Children’s Grand Park in Gwangjin-gu, eastern Seoul. (Park Hyun-koo/The Korea Herald)
Sending a message of peace across the globe for Ukrainian refugees, the 2022 Special Concert for World Peace is to be led by Seoul Pops Orchestra director and conductor Ha Sung-ho. The event is co-hosted by The Korea Herald and Seoul Arts Center.