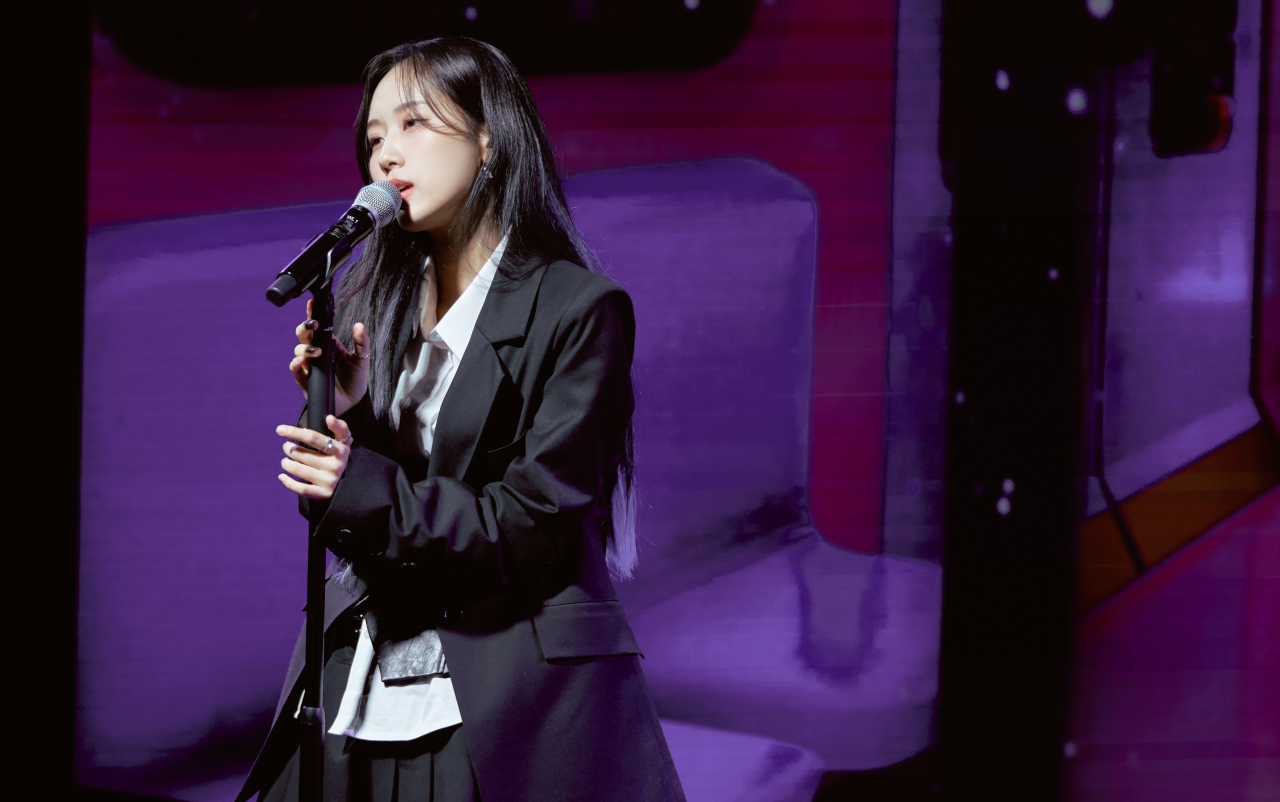 “The newly launched single was a new experience and a challenge,” the artist said at a press showcase event held in western Seoul ahead of the single’s release at 1 p.m. online.

Seori, 25, said the dreamlike, chilling and unique vibe was quite challenging for her. This time, instead of writing the song, she focused on harmonizing its message and distinctive concept with her soulful and husky voice.

Seori began as a cover song artist on YouTube, singing well-known pop songs such as Abir’s “Tango,” Khalid’s “Talk” and Rachel Yamagata’s “Be Be Your Love.” Her unique voice coupled with her outstanding English pronunciation instantly caught viewers’ ears. The artist recalls spending hours practicing pronunciation as a youngster in an attempt to capture the feelings of English-language pop songs. 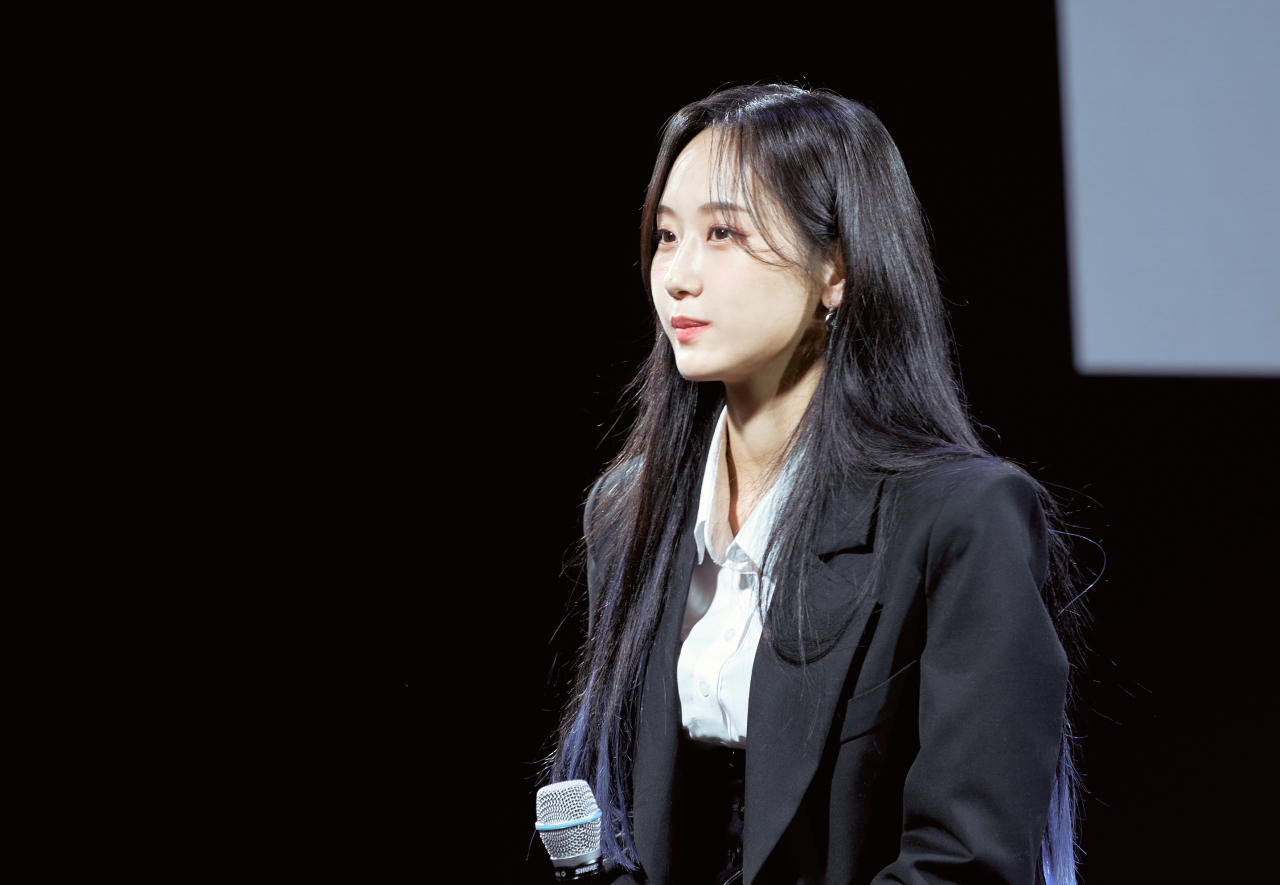 Singer-songwriter Seori performs onstage during a press showcase event held ahead of the release of her fifth digital single “Can’t Stop This Party,” in Seoul, Tuesday. (Atispaus)
In May 2020, Seori made a splash debut, coming to global spotlight with her first EP “?depacse ohw.” Among her fans, she has been dubbed the “Korean Billie Eilish.”

“I grew up listening to Avril Lavigne’s songs. She has been one of my favorite musicians who led me to become who I am as a singer-songwriter. She has been the object of my envy as an artist,” she said.

The singer-songwriter is recognized in the global music scene as well. She was the first Korean female artist to perform in the Grammys’ digital performance series “Global Spin” last year, in addition to participating in the soundtrack of Marvel’s “Shang-Chi and the Legend of the Ten Rings: The Album.”

However, Seori said “it’s too early to talk about popularity and success.”

The artist, who has come to be known through collaborations with big-name K-pop artists, including Tomorrow X Together, Moonbyul of Mamamoo, Giriboy and Dok2, has unfortunately been unable to hold in-person concerts amid the lingering COVID-19 pandemic.

“My goal for this year is to be known by more people with more great songs,” the artist said. “I also have an ambition to be a one-of-a kind singer-songwriter. I will try to perform all my music with my own interpretation.”