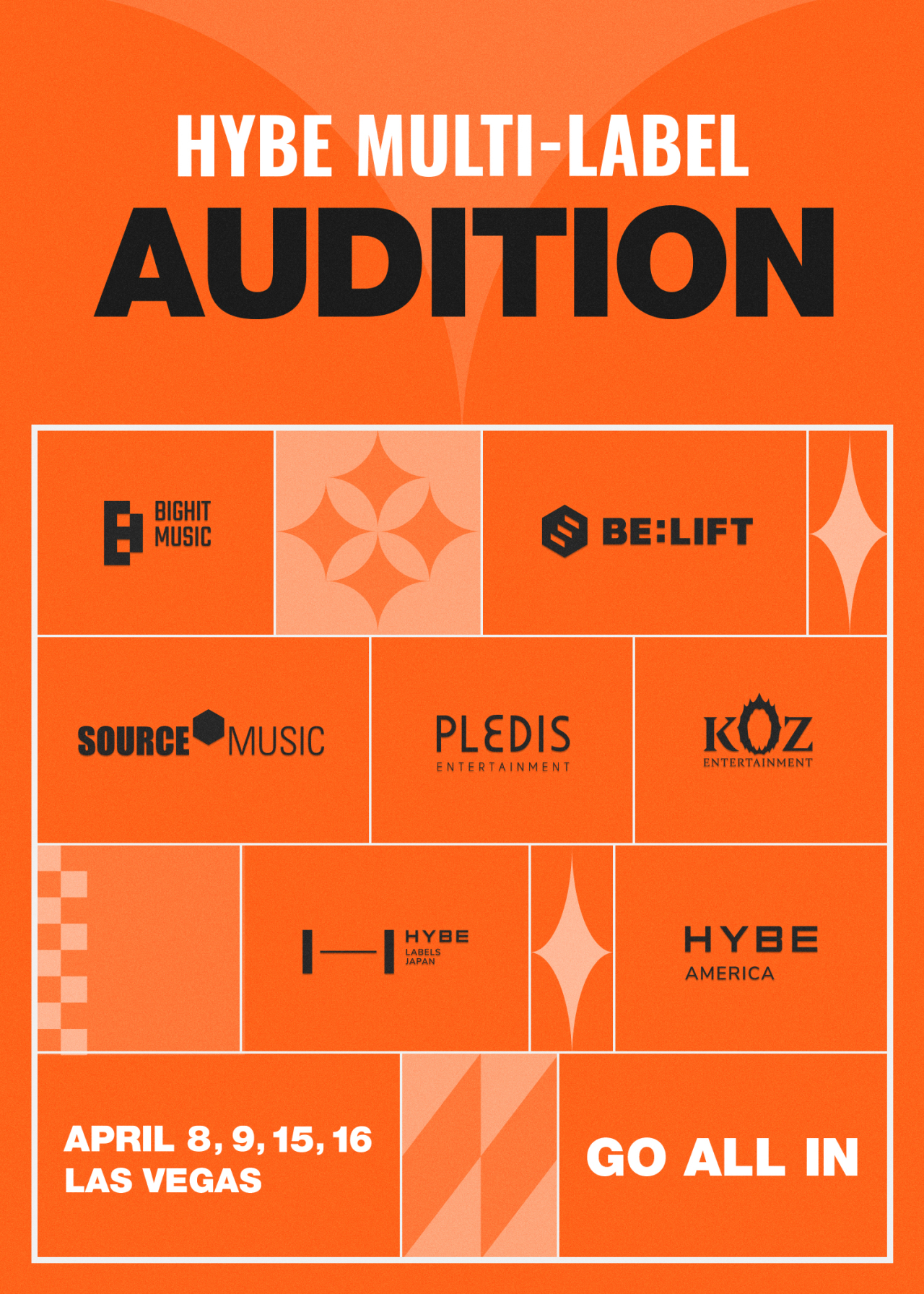 Poster image of “Hybe Multi-label Audition” (Hybe)
Hybe, the agency behind BTS, and FNC Entertainment, the company behind SF9, Monday announced plans to hold a series of auditions in the US aimed at finding new talents.

“Hybe Multi-label Audition” will take place four times on April 8-9 and April 15-16 there. Anyone who dreams of being a next-generation global artist born between 2003 and 2011 can apply for the auditions until April 4, regardless of gender.

Applicants can select their intended fields from singing, rapping and dancing. While Hybe is planning on announcing more detailed information related to the auditions, they can be found at Hybe labels audition’s Instagram and its YouTube channel, the agency said. 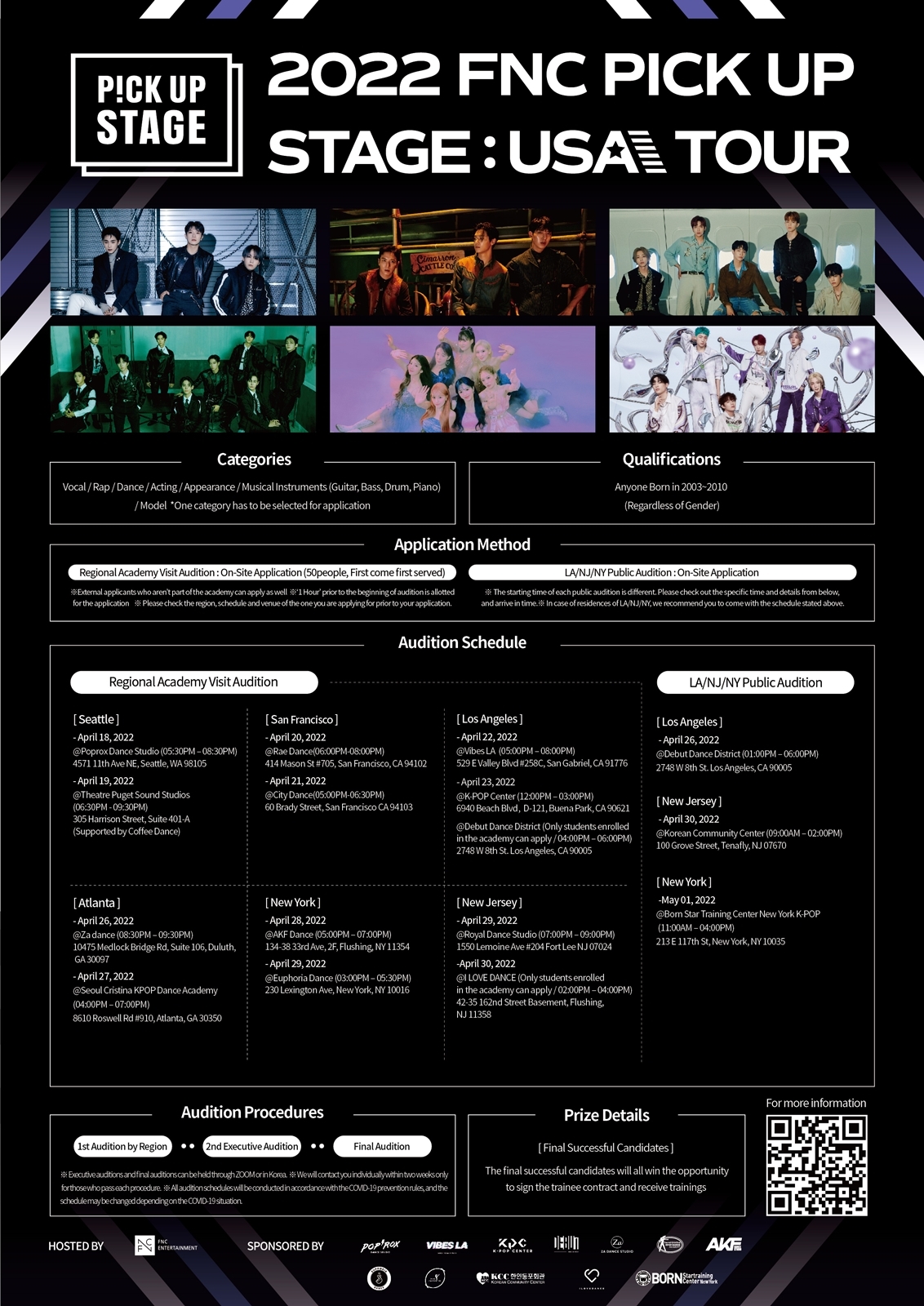 The final recruits will be selected from each stage of the regional auditions, executive auditions and final auditions. They will win the opportunity to sign a trainee contract and receive systematic management and professional training from the entertainment firm.

The auditions are part of the K-pop powerhouse’s “FNC Pick Up Stage” project aimed at launching next-generation artists. More detailed information related to the auditions can be found on the company’s website and its social media, the agency said.