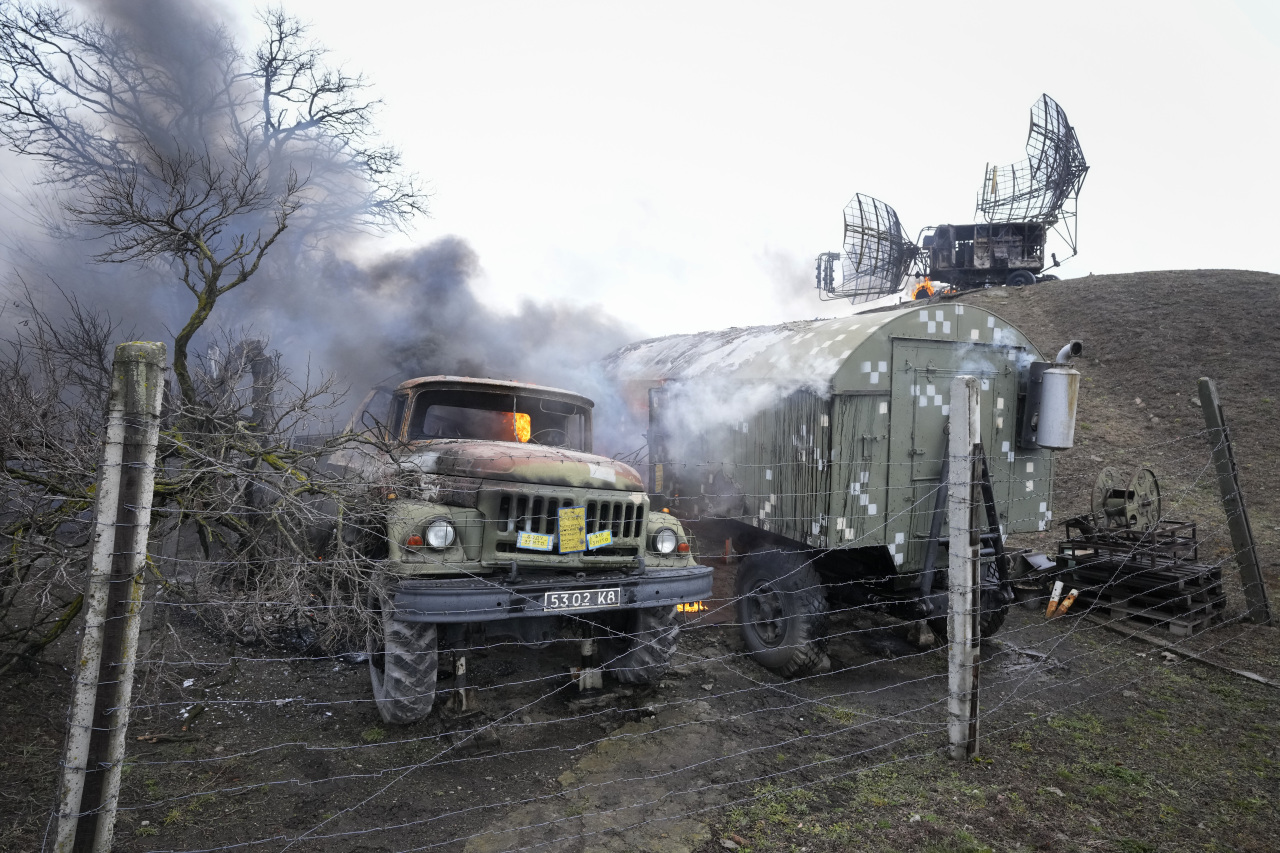 Ukraine military facility is on fire after being damaged by an attack from Russia. (AP-Yonhap)
The Korean government joined an intergovernmental announcement to condemn the Russian invasion of Ukraine.

Countries that are members of the Community of Democracies issued a statement Thursday, condemning Russia’s massive military assault against Ukraine.

Following the international community’s shock as Russia launched an all-out invasion on Ukraine, the governing council members of the Community of Democracies, including Korea, the US, Japan, Canada, Estonia, Finland and many more, said through an announcement they support the democracy, sovereignty and territorial integrity of Ukraine.

“The Community of Democracies strongly condemns Russia’s continued aggression against Ukraine and unequivocally supports the people of Ukraine in their democratic aspirations,” the statement read.

The Community of Democracies is an intergovernmental coalition established in 2000 under the lead of the US government. It was founded to support the spread of and adherence to common democratic values around the world.

“The government supports the international effort to suppress armed aggression and to peacefully resolve the situation as a responsible member of the international community,” the Ministry of Foreign Affairs said Friday.