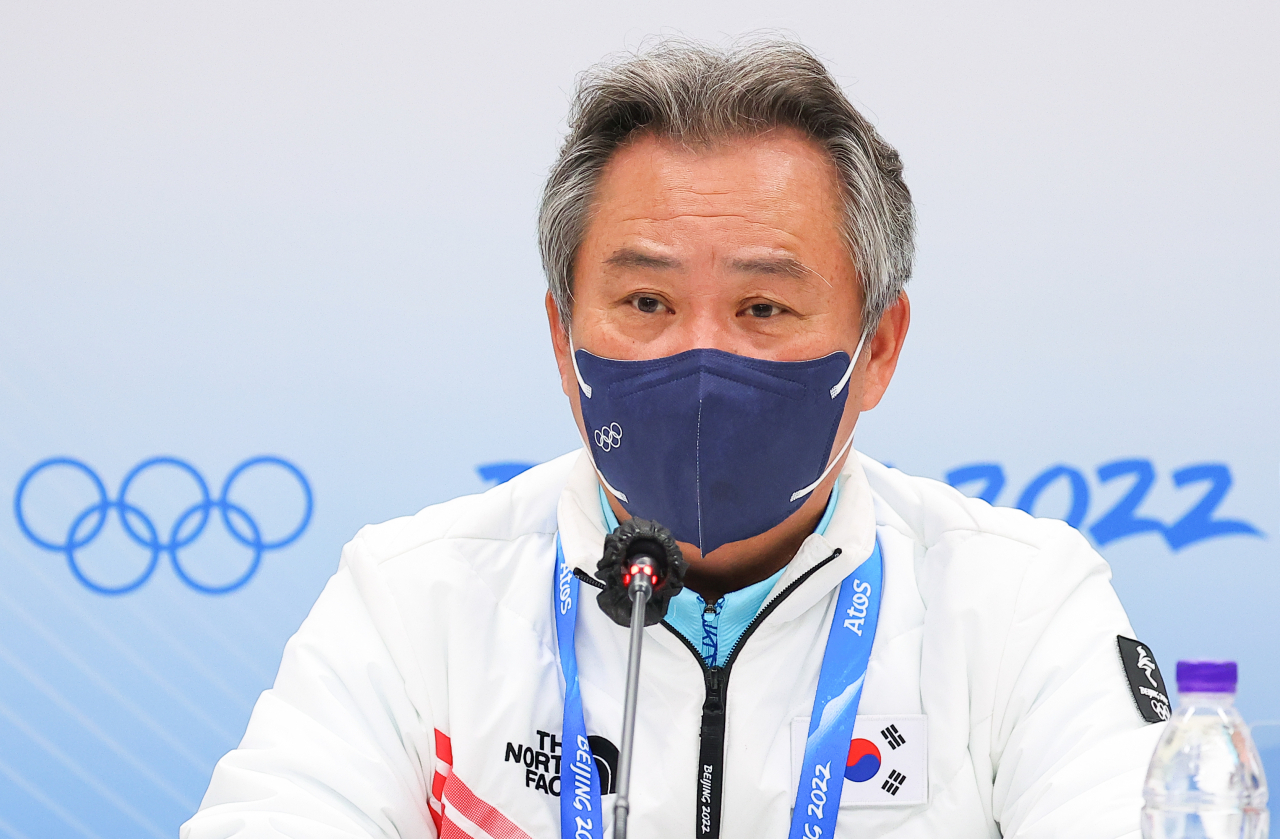 The KSOC had earlier sought to take its appeal to the Court of Arbitration for Sport (CAS) after two South Korean short track speed skaters, Hwang Dae-heon and Lee June-seo, were disqualified from their semifinal races in the men's 1,000m on Feb. 7.

Hwang and Lee were called for illegal moves that South Korean officials and fans felt they hadn't made. Those decisions ended up sending Chinese skaters to the final, further fueling speculation in South Korea that short track judges were deliberately trying to help athletes from the host country at the expense of South Koreans.

Within hours of those controversial races, the KSOC announced it would appeal refereeing decisions to the CAS.

However, Lee said he had seen enough effort from the International Skating Union (ISU), the world skating governing body, to address fairness and transparency in officiating.

"After the refereeing issue came up, I have met with the ISU's president Jan Dijkema five times and have also spoken with International Olympic Committee President Thomas Bach," said Lee, one of two South Korean members of the IOC. "I stated our position in clear terms and told them how the Korean public felt about the situation. And I have since seen some positive changes from the ISU."

Lee noted that countries other than South Korea had also raised issues with officiating, and that the ISU had replaced the chief referee for later races.

"Since those calls happened in the semifinals, rather than the final, we decided we wouldn't really gain anything even if we won the appeal," Lee continued. "And since we'll be hosting an international event next year (the world championships in short track), we concluded that it wouldn't be appropriate to push ahead with our appeal."

South Korea led all countries in short track with two gold medals and three silver medals. Hwang won gold in the 1,500m, two days after his disqualification in the 1,000m. (Yonhap)