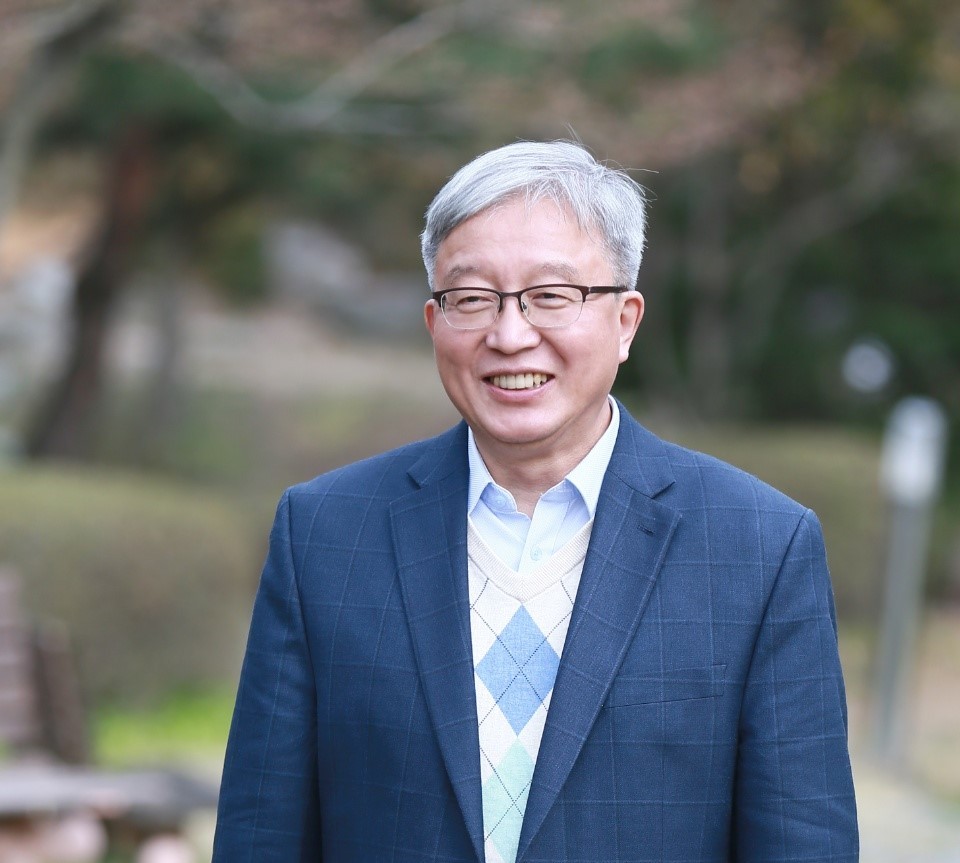 Under the scheme, citizens would unconditionally receive the same sum of money each year, a plan touted by Lee and his aides as a means to tackle growing inequality and provide funds for people to sustain their livelihoods should difficulties arise. Some will receive more based on their social and economic standings.

Kang Nam-hoon, an economics professor with Hanshin University and one of the main economic advisers to Lee as an official member of his presidential election campaign committee, says the concept will be central to how South Korea would run if Lee wins the race in next month.

He has been nicknamed by some in the country as the father of universal basic income.

In an interview with The Korea Herald last week, Kang said that his vision for universal basic income was well represented in the promises Lee made since officially announcing his bid for presidency in July. He believes the scheme, if executed well, could help resolve many conundrums Korea faces today, and help the country set itself apart from other welfare-centered nations.

"The concept of universal basic income could bring an end to the vicious circle that South Korea has faced for years," Kang said.

"Welfare programs fall short, and for that reason, people don't want to pay taxes, not to mention that the government isn’t so trusted by the people. These three things come in a cycle and form a vicious circle."

By bringing universal basic income to life, first without raising any additional taxes, the country will break the cycle, Kang says.

Under Kang's vision, all South Koreans would first be given base income of 1 million won ($833.48) a year. Young citizens aged 29 or below will be given 1.2 million won more, and 1 million won will be additionally provided to those aged 60 to 64.

The lowest-earning 70 percent of over-65s will be given up to 400,000 won more each, and those in rural areas will be entitled to 1 million won more a year. All of these funds would be provided for local governments to distribute as cash or spending vouchers.

Kang believes the scheme could help people stay motivated to pay taxes and raise support for the government if everyone physically feels the benefit of doing so by receiving cash in their hands in return.

"Universal basic income can boost consumer spending and help the vulnerable class sustain their lives and avoid extreme poverty," Kang said. "This could help Korea cut loose from a vicious cycle and enter a positive growth curve without increasing the tax burden."

The economist envisions the scheme to be expanded so that all citizens are given a payment of up to 5 million won a year, which would require additional tax income. Kang says the needed funds can be raised by levying taxes on carbon emissions and by collecting "dividends" from land owners.

Welfare policies in place, including those that pay stipends or cash to those in need, will remain, but policies could be adjusted later to meet that ultimate threshold, he added.

"In the end, if the vision holds as it is now, the country will be providing around 10 percent of its gross domestic income to people as universal basic income," Kang said. "But the amount should not go over that threshold, as inefficiencies could rise if any greater amount is given."

The adviser emphasized the amount of basic income should not be enough for people to lose motivation to join and stay put in the employment market, responding to critics who have claimed that the scheme could throw the job market under a negative spin by incentivizing people to stay unemployed.

Yet he added the scheme must be prepared to make adjustments along the way depending on economic situations, raising the need to create a public entity that draws participation from people in setting goals and establishing timelines for universal basic income policy.

"The policy itself is for the greater good of people, and for that reason a commission could be established under presidential authority," he said.

"This entity will ask people from diverse sectors to take part in discussions while collecting feedback on implementing taxes as we suggested."

If the scheme works as planned, Kang claims South Korea will be poised to carry out long-held reforms to its national pension system, which is burdened with shrinking deposits due to an aging population. As people already have resources in hand to maintain their livelihoods, the very needed reforms could take place without necessarily damaging the lives of the people on its course, he said.

Kang also believes that South Korea will no longer need to abruptly raise its minimum wage level every year, a pattern that occurred during the Moon Jae-in administration, and was much criticized for burdening the economy.

Kang said Lee's government will be different from Moon's in that the minimum wage will no longer be aggressively hiked, assuring that the rate will only change to meet the' trend of economic growth and inflation.

"The fault of the Moon government’s economic policies, including the income-led growth scheme, was aggressively hiking the minimum wage beyond its capability," Kang said. "The amount of welfare given to people should have increased, not just the amount of money in their hands."

The economist acknowledged that bubbles could form in the domestic stock market if retail investors plow their share of basic income into shares, but asserted that providing educational guidelines and resources would be enough to prevent them from overly involving themselves in volatile investments.

"I’m a person who thinks the stock market should be provided with more monetary investment," he said. "What retail investors do is not so speculative, and I believe encouraging them to make long-term investments with education will be enough to escape a bubble cycle."

Kang remained optimistic that the idea will gain popularity again among young voters, as he believes that non-supporters of Lee are against the idea not for its real value but from the fact that it is pushed by a candidate they do not favor.

The two age groups are touted as "swing voters" for the upcoming election, and experts believe the groups have potential to decide the winner of the ongoing presidential race.

"Young people might think they have to pay more taxes if universal basic income is in place, but it’s totally the opposite of that," he added near the end of the interview.

"If pension funds dry up in 30 years, young adults will be paying around 10 percent more in taxes for the elderly population. The universal basic income scheme can help them avoid the burden of increased taxes."